Keanu Reeves is desperately trying to survive the unwarranted and malicious demolition of his family’s home at the hands of two spiteful young intruders in his thriller, ‘Knock Knock.’ In celebration of the film’s home release on Tuesday, December 8, Shockya has a new exclusive deleted scene from the bonus features, titled ‘Destruction.’

‘Knock Knock,’ which became an instant hit when it had its world premiere at the 2015 Sundance Film Festival, was co-written and directed by ‘Cabin Fever’ and ‘Hostel’ scribe and helmer, Eli Roth. The writer penned the drama’s script with Nicolás López and Guillermo Amoedo. Lionsgate Home Entertainment will distribute the filmmaker’s latest thriller, which is currently available On Demand, on Blu-ray (plus Digital HD), DVD (plus Digital) and Digital HD.

Reeves plays a devoted husband and father, Evan Webber, who’s left home alone for the weekend in his sprawling Los Angeles house, in ‘Knock Knock.’ While his wife, Karen (Ignacia Allamand), and their two young children travel to the beach over Father’s Day weekend, the architect decides to get some work done during his rare time of solitude. But his good intentions of working lead to deadly consequences when he agrees to help two female strangers, Genesis (Lorenza Izzo) and Bel (Ana de Armas), who unexpectedly arrive on his doorstep during the middle of a rainstorm and ask for his assistance.

Since he doesn’t want to leave the young women stranded in the bad weather, Evan lets them into his house to call for a cab. What starts out as a kind gesture results in a dangerous and deadly game of seduction, as Genesis and Bel are determined to ruin his life.

The ‘Knock Knock’ Blu-ray and DVD will be available for the suggested retail price of $19.99 and $19.98, respectively. The Blu-ray, DVD and Digital HD special features include the following special features: Audio Commentary by Eli Roth, Lorenza Izo, Nicolás López and Colleen Camp; Deleted Scenes with Optional Audio Commentary by Eli Roth; “The Art of Destruction: The Making of ‘Knock Knock'” Featurette; and a Still Gallery.

Watch Shockya’s exclusive deleted scene clip from ‘Knock Knock’s home release bonus features, ‘Destruction,’ and check out the Blu-ray and DVD box art and images from the thriller, below. 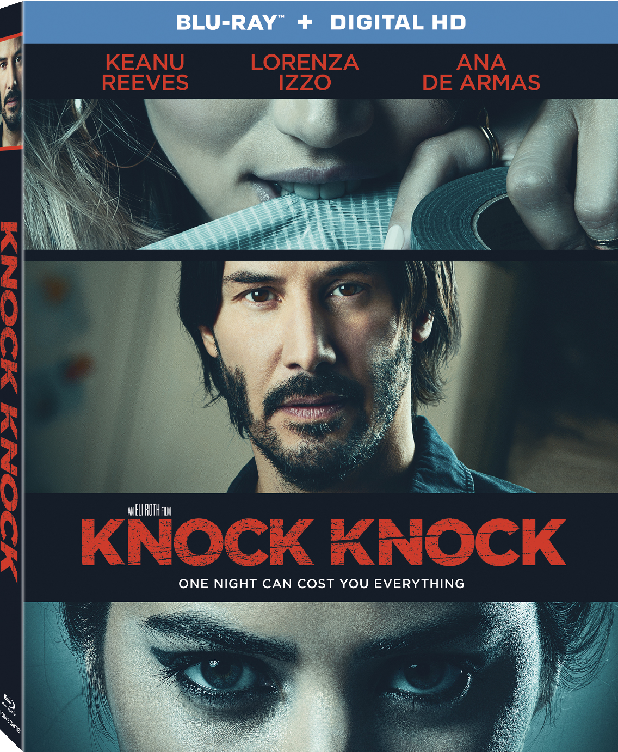 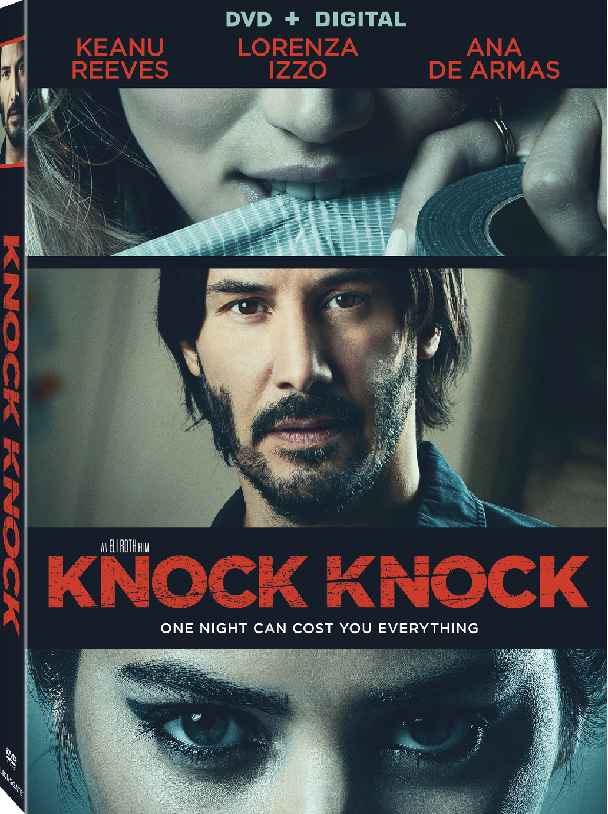