A young white teenage girl is being held captive by a Mexican drug cartel. Her stepfather was their go-between for merchandise and their last shipment felt a little “light,” so they kidnapped her and then kept her once the merchandise was returned.  In comes her maternal uncle Colton MacReady (Scott Adkins, Zero Dark Thirty), a former soldier with a ton of warrants to his name. He takes out most of the men in the building and rescues his niece. He unintentionally pockets a flash drive belonging to Fernando Garcia (Tony Perez, Once Upon A Time) the head of the cartel, and he wants it back.  Back at home at the family farm in Arizona, Colton’s sister Angela (Caitlin Keats, Kill Bill Vol. 2) and niece Hailey (Madison Lawlor) are packing up to leave before trouble comes a knockin’ when his sister’s no-good husband Walter (Jake La Botz, Rambo) tries to make amends. Just then the local cops headed by Sheriff Jasper Calloway (Nick Chinlund, 666 Park Avenue) are coming to attempt to apprehend Colton as Calloway is in cahoots with the cartel.  Colton has no plans on going away quietly and is determined to keep Hailey and Angela safe.

The Good: Fans of 90’s Van Damme and Segal flicks will dig it.  Lots of guns and fight sequences without rhyme or reason.

The Bad: Where do I begin? The sound effects are bad. The stabbing  sounds like metal scraping metal, and the punches have that “whoosh” that exists nowhere in reality. Stephen Edwards whom did the music was really phoning it in with the cheesy Spanish guitar and whistling like this is supposed to be some sort of spaghetti western.  The dude has done some awesome work, does he really want to include this in his reel?  The credits sequence in the beginning are just clips from the film. It was very reminiscent of 90’s shows like Renegade or Walker: Texas Ranger.  As the bad guys are driving into town, they take the time to introduce all of them, regardless they’re all Redshirt characters that don’t even have any dialogue. Why waste our time?  The DP doesn’t understand physics, because the scene where Colton jumps on the hood of the car is completely impossible.  It’s so laughably bad.  The editor had to do 3 dissolves in order for 2 characters to approach a car at the end of the film – what was that? All of the characters lack depth and likability. There’s no real explanation of what’s going on and why; it just “is.”

Close Range is not a thinking-man’s film.  I couldn’t even classify it as a popcorn flick as I would be more invested in my popcorn than this flick.  It’s riddled with cliches and stereotypes, to the point where I was a little insulted that films like this are still being made. 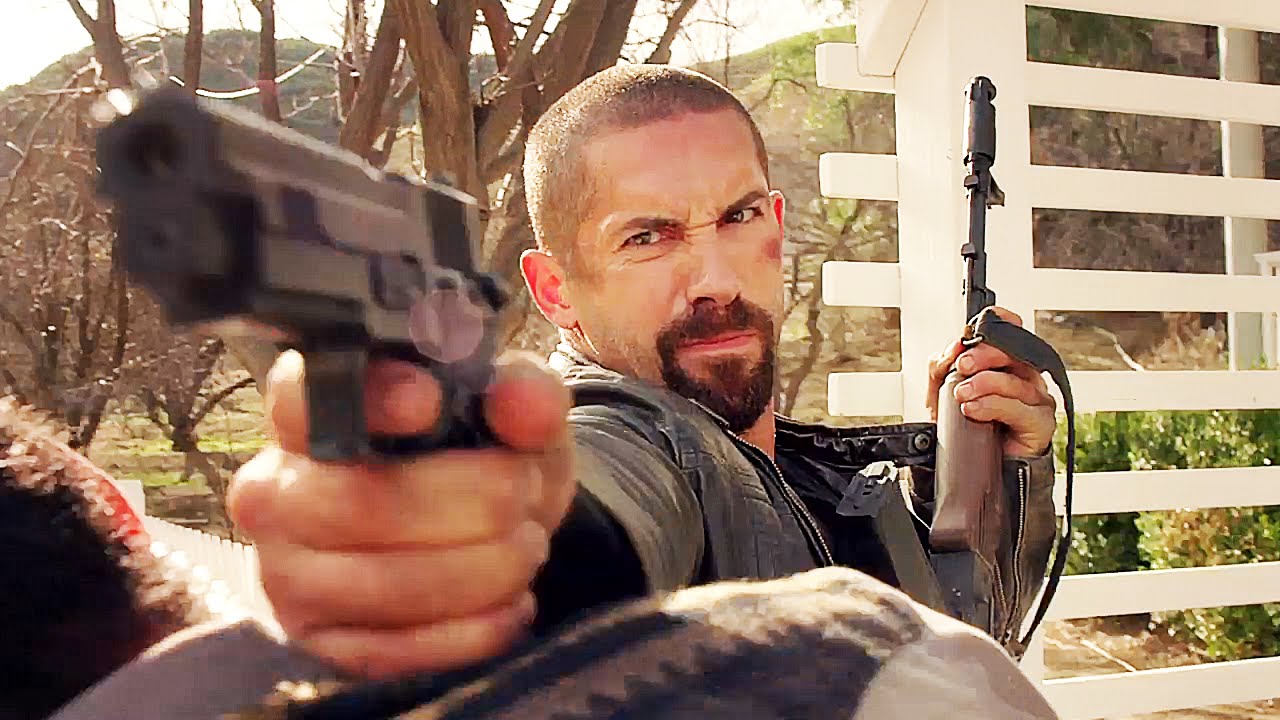