Amélie (Pauline Etienne, Lost Paradise) is a 20-year-old Belgian Japanophile living in Japan. She was born in Japan, but moved back to Belgium when she was five years old. Obsessed with living in the land of her birth, she wants to become a Japanese writer, not a French writer living in Japan. Trying to make some money, she puts an ad out as a French tutor and only one response comes from Rinri (Taichi Inoue), a wealthy 20-year-old Japanese Francophile.  At first their relationship is professional. She doesn’t realize how deep his obsession with French culture is until she meets a few of his friends; one of which is a snotty French girl named Yasmine (Alice de Lencquesaing, Water Lilies) whom has a crush on Rinri. He introduces her to his parents whom are very traditional to the point where they make her uncomfortable to be around.  After months of lessons and friendship, Rinri makes his move on Amélie and the two become lovers and soon his fiancée.  Though she’s in love with Rinri, she struggles with the realization of how different they are, and she may be too independent to be accepted by the culture.

The Good: The film has been compared to Amélie,which is a decent comparison as it has some adorable whimsy. The fantasy sequences of Amélie facing off with the Yakuza and seeing herself as a Geisha were humorous and cutesy. The chemistry of actors Pauline Etienne and Taichi Inoue is natural and believable. The cinematography and locations are gorgeous.

The Bad: The acting was a little off during the sex scenes. They weren’t what I would consider passionate or sexy; but I guess there’s some realism to them by making the scenes a bit awkward. Some nitpicky things here and there. If she wanted to be Japanese, she’d know they peel their produce; they don’t bite the flesh. Maybe they were trying to convey that she didn’t fit in as a native because of how she savagely eats her fruit.

I was pleasantly surprised with Tokyo Fiancée. I was happy that as a rom-com, it wasn’t sappy or cliche.  The ending was bittersweet and gives the viewer a stab in the feels; especially if you had a relationship like theirs. 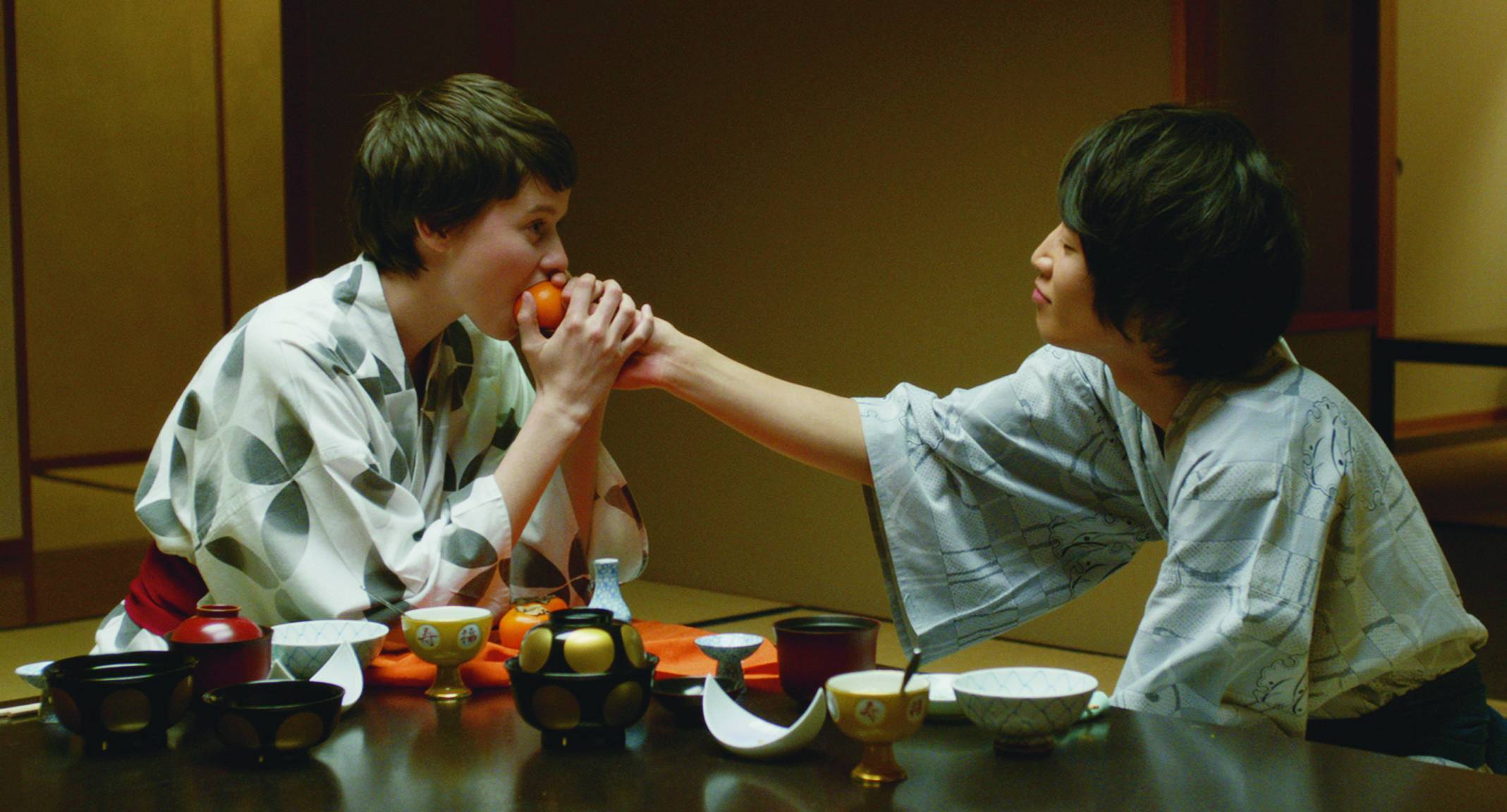