Director Eli Roth’s remake of the 1977 cult classic Death Game. Evan Webber (Keanu Reeves) is a loving father of two children, and has a beautiful artist wife Karen (Ignacia Allamand, The Green Inferno). Father’s Day weekend the wife and kids go away to a beach house in order for Evan to finish work. That night during a rainstorm, Genesis (Lorenza Izzo, Sex Ed) and Bel (Ana de Armas, Blind Alley), show up at his doorstep claiming to be stranded by their taxi after looking for a house on his block where there was some supposed party. He doesn’t want to let them in, but the good-guy in him wants to be the knight in shining armor for these girls. He lets them dry off and get warm while they wait for their Uber driver to arrive. The turn on the seduction and he falls for it. The day after, Evan can’t get these girls to leave before his family comes home.  He made the mistake letting two strangers into his home and will now have to pay the price for partaking in “free pizza.”

The Good: The cinematography and editing is on point. I liked seeing the alternate ending in the deleted scenes, and that it was still satisfying to see how the film could’ve ended.  Eli Roth was right in not using it as it would’ve turned it into a completely different film. This is a black comedy, even though it was more marketed as a psychological thriller.

The Bad: There’s nothing really wrong with the film, but I kind of hated it. I hated most of the characters and these girls were just so detestable. Keanu does take a turn into the Nicholas Cage school of acting from The Wicker Man towards the end of the film.  I personally think he’s one of the worst actors out there. The day he wins an Oscar will be proof there is no God. With that said, I feel this is one of his better performances.

During the commentary, Eli Roth really sums up what this film is supposed to be:  “I sit down and I watch movies to be entertained.  I don’t sit there and watch  it to see if this should win an award…I want to watch a movie and have a good time. I want to be taken on a ride with the story.” Director Roth does deliver on that ride. Regardless that I hated a hefty portion of this film, it was memorable and entertaining. 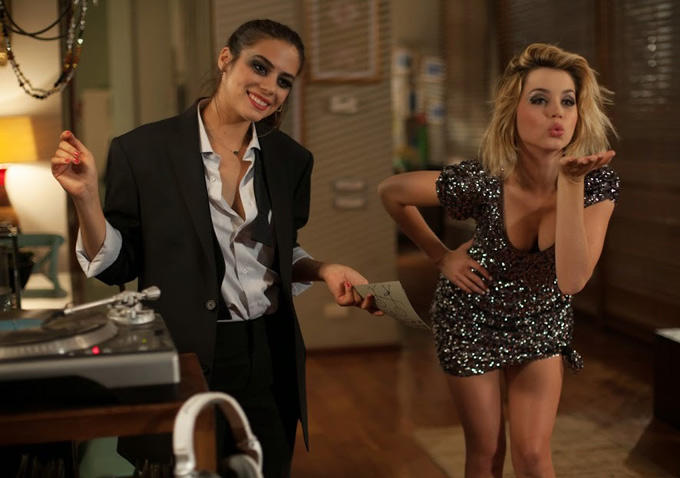