Assuredly proclaiming your dedicated admiration for the most significant things in your life through comedy, as well as on your clothing and through pictures, is one of the most powerful and endearing forms of flattery. Celebrated actor and comedian Marlon Wayans is once again showing his appreciation for pop culture in his new outrageous comedy, ‘Fifty Shades of Black,’ his latest film in his signature genre, as well as through its merchandise, including shirts and posters.

In celebration of the comedy’s upcoming theatrical release, Shockya is offering one lucky winner a ‘Fifty Shades of Black’ T-shirt and signed poster. To enter, email us at ShockyaGiveaway@aol.com. Let us know that you’re entering to win the ‘Fifty Shades of Black’ T-shirt and signed poster contest in the email’s subject line and message. You have until next Wednesday to enter, and you can enter the contest once daily. After February 3, 2016, we’ll pick the winner at random and notify them through email. Good luck!

Open Road Films is set to theatrically release ‘Fifty Shades of Black’ this Friday, January 29, on over 2000 screens. Wayans, who co-wrote the script for the outrageous comedy with Rick Alvarez, stars as the film’s title role of Mr. Black. The actor previously collaborated with the scribe, who also served as a producer on the comedy, on the 2013 comedy, ‘A Haunted House,’ and its 2014 sequel. Michael Tiddes, who directed ‘Fifty Shades of Black,’ also previously collaborated with Wayans and Alvarez on the ‘A Haunted House’ series. Besides Wayans, the upcoming comedy also stars Kali Hawk, Mike Epps, Andrew Bachelor, Affion Crockett, Jane Seymour, Fred Willard and Florence Henderson. 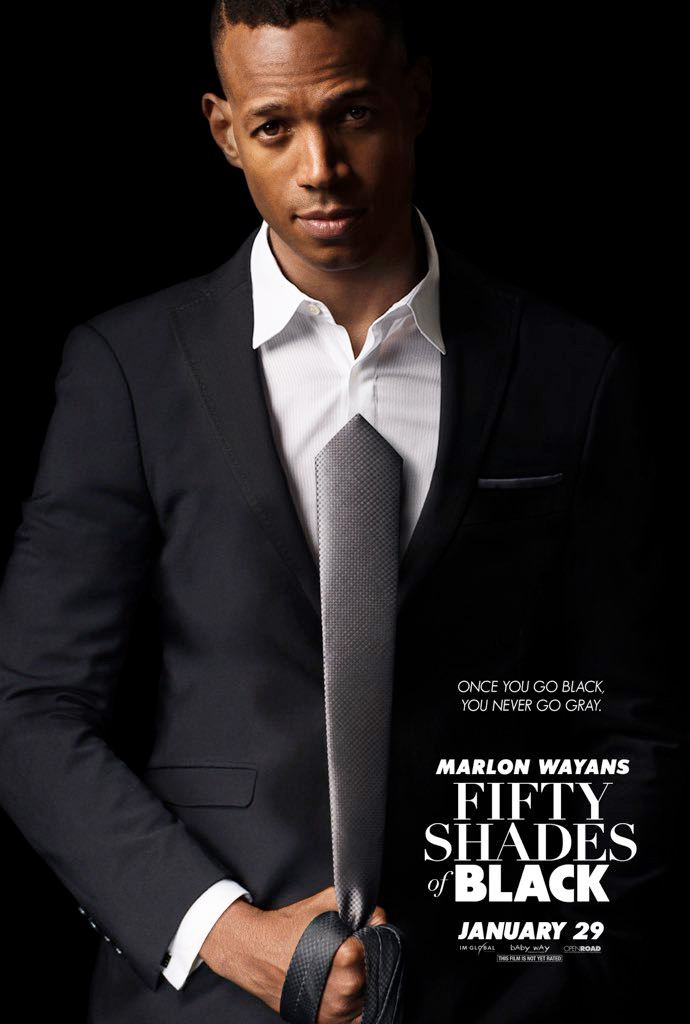