It’s not as though there haven’t been scores of narratives and docs about the Israeli-Palestinian issue.  Yet people here in the U.S. and around the world still have cockeyed views on the conflict and often blame Israel for the seemingly endless tension.  Many people I’ve spoken with say the problem is the settlements, the taking of land in Gaza and the West Bank as a result of the one-sided war in 1967 between Israel and several Arab states.  But the real problem has its origin in 1948 when the U.N. divided the land of Palestine, Israel accepting the compromise while the Arab states did not.  You see, the Arabs even before 1948 did their best to frustrate hopes by Jews worldwide to have a small homeland in the Middle East where today, Muslims outnumber Jews in the Middle East by about one hundred to one.  Before and even during the Holocaust, when European Jews, desperate to avoid the hell of Auschwitz and the like, sought asylum in much the way that Syrians are doing today in Europe (and being granted asylum in large numbers!), nobody wanted the Jews.  The British, who had a mandate over Palestine since the conquest of the Ottoman Empire in World War I, admitted only small numbers to Palestine as they did not want to alienate the oil rich Arab states.  Dramatic movies like “Exodus” capture the excitement of the times, as Jews resisted British determination to thwart refugees to the Mandate.

Along comes “Colliding Dreams,” which should be obligatory viewing particularly by the know-nothings who want to boycott Israeli products from the West Bank and from Israel proper, and who urge corporations to divest entirely from owning shares of Israeli securities and doing business in cooperation with the scientists and industrialists that the Jewish state has produced.  “Colliding Dreams” blows the other documentaries about Israel’s history away.  Yes, it is filled with talking heads, the usual bane of documentaries which make general audiences ignore them in favor of dramatic works of fiction.  But if you’re at all a political person, if you’re a history buff, and of course if you are Jewish and have a particular love of what Christians call the Holy Land (to which they flock every summer with church groups), you’re going to be riveted by this incisive film which is loaded with archival film perhaps never seen before.

A feature length work edited down from 165 minutes to a fast-moving 134, this history of Zionism (a Zionist is a person who believe that the Jews deserve a land of their own) is everything a doc should be: intelligent, sophisticated, exquisitely edited, featuring arguments from both the Arab and the Jewish perspectives.  If writer-directors Joseph Dorman and Oren Rudavsky are not exactly unbiased, well, documentaries (Michael Moore’s for example) do not have to be balanced.  And just as the U.N. which granted a portion of what was called Palestine to the Jews, neither the delegates nor the nations in the General Assembly could have imagined what would happen.

The most prescient quote of the film holds that a member of the Zionist delegation, perhaps part of the group that had fled to the Ottoman Empire even before Zionist founder Theodor Herzl, opined that “The land was like a beautiful young woman, endowed with everything you can desire.  The only problem was that she was already engaged.”  He underestimated.  The Arabs considered the woman to be already married with children, having expected the British to turn all of Palestine over to them only to consider the victory by Jews in the 1948 War of Independence to be a Naqba, or catastrophe.  Because of that war, as the film points out with dramatic archival files, tens of thousands of Palestinian Arabs either fled their homes at the urging of their Arab brothers or were expelled by Jewish fighters, allowed never to return.

Right now, Palestinians living in the West Bank seem to be doing OK, as the many
cinematographers for this movie captures them sitting outside a modern café smoking, playing
cards, and  chatting without fervor about the situation.  They’re doing better than the folks in Gaza
who, led by the fiery Hamas leader, vow no negotiations, no recognition of the Jewish state ever.
The film does not bring this out, but I’d surmise that secretly, many Palestinian Arabs would rather
live under Jewish rule than under their “own kind,” knowing that the Jewish armed forces, and not
those of a weak Arab  government, will protect them again ISIS and other terrorists determined to
inflict Sharia law throughout the Middle East.

Things were not always so critical.  As file film brings out there was a time during the closing years
of the 19th Century that Jews and Arabs were friends, playing ball, attending each other’s marriage
celebrations.  But as the Jewish population increased, Palestinians became worried that they would
become a minority in what they considered their own land.  Jews during the early years of the last
century, established what looks to be like a socialist paradise, working with their hands rather than
just with their heads on kibbutzim, or collective farms.  As populations increased, the two peoples
turned against one another, war broke out in ’67 and then in ’73.  “Colliding Dreams” then charges
forward during the final twenty minutes stopping at about 1990, the biggest tragedy being the
assassination of Premier Itzhak Rabin by a fanatical Jewish settler who opposed the government’s
plan to give parts of the land back to the Arabs.

Because some major actions are not at all mentioned, e.g. the 1982 war with Lebanon, consider
this film to be Zionism 101, as good an introductory history as you’re likely to get. 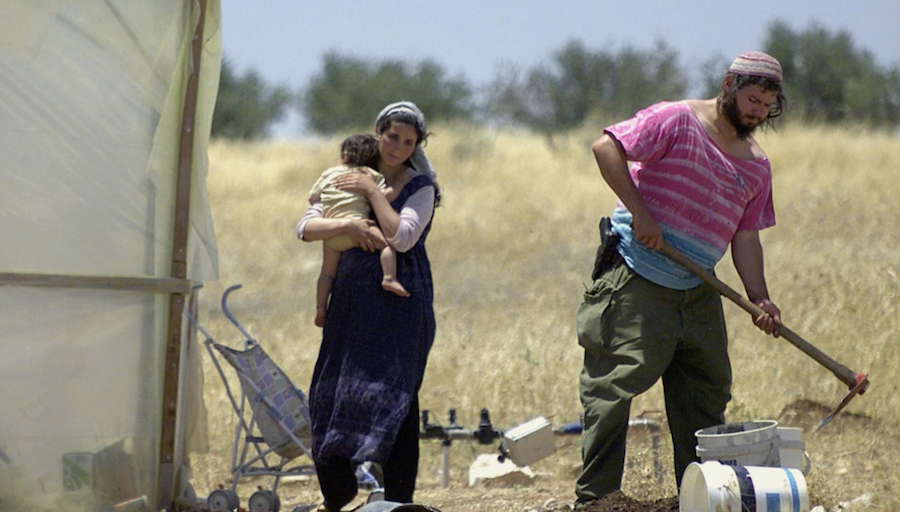