Michael Paré is learning how bitter revenge can become, especially when you’re set to unleash it on your most callous and vicious enemies, in his new Western, ‘Traded.’ In honor of the actor’s latest character seeking vengeance on the men who have harmed his daughter, Shockya is exclusively premiering the new poster for the upcoming film.

The debut of the thriller’s new poster coincides with Cinedigm preparing to release ‘Traded’ in theaters in 10 markets, including New York, Los Angeles, Chicago, Philadelphia and Dallas. The thriller will also be distributed on VOD, On Demand and Digital HD on the same day as the theatrical release, on June 10.

Cinedigm has released the following synopsis for ‘Traded’:

In 1880s Kansas, sharpshooter turned rancher, Clay Travis (Paré), goes from happily married father of two to a man on a mission after the disappearance of his 17 year-old daughter, Lily (Brittany Elizabeth Williams). Determined to bring his daughter home, and protect what little family he has left, Clay leaves his quiet ranch and heads to Wichita, with the help of an unlikely companion, Billy (Kristofferson). Once they reach Kansas, they confront the ruthless Ty Stover (Adkins), where Clay discovers that Lily’s been traded away into an underground sex ring in Dodge City. While there, Clay makes a stand to bring his daughter home, and ultimately leaves a trail of gunsmoke and bodies in his wake.

“As a small-town boy growing up in South Carolina, I was weaned on all the classic Westerns,” Woodward Jr. revealed while chronicling why he was interested in directing ‘Traded.’ “So, to have the opportunity to helm an emotionally freighted story of frontier revenge set in the 19th century was more than a dream come true. The highlight, obviously, for myself and the entire cast and crew was to watch a true legend, Kris Kristofferson, play his trade in the same boots he wore in one of his first starring roles, in ‘Pat Garrett & Billy the Kid.'”

Check out Shockya’s exclusive premiere of the new poster for the upcoming Western thriller, ‘Traded’: 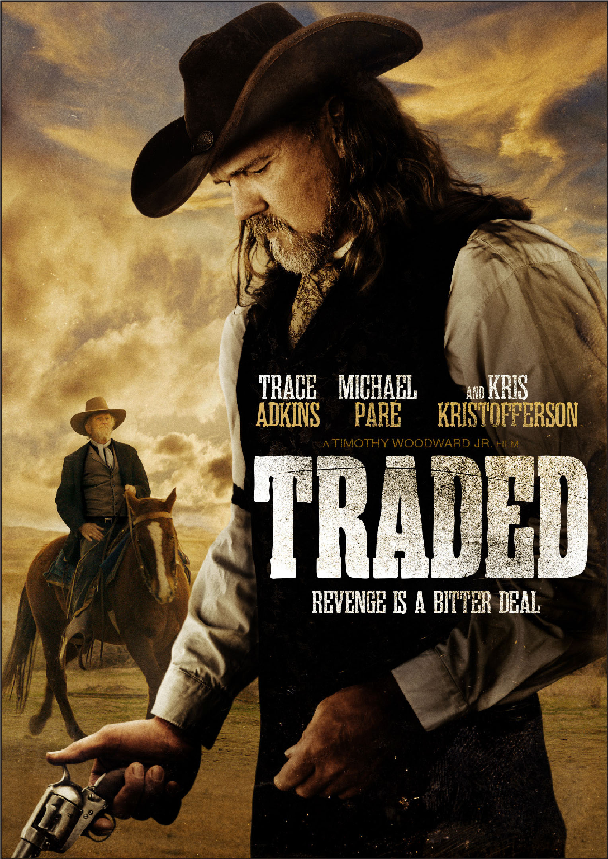