Amidst the devastation of a world capital and a revenge plan against an American president, international viewers can help the Secret Service protect international leaders, as the action-driven film, ‘London Has Fallen,’ is set to be released on home entertainment. The high-octane follow-up to 2013’s hit thriller, ‘Olympus Has Fallen,’ is being distributed today on Digital HD, before its released on Blu-ray, DVD and On Demand on June 14 by Universal Pictures Home Entertainment.

In celebration of the crime drama’s home release, Shockya is offering five lucky winners a digital copy of the film. To enter, email us at ShockyaGiveaway@aol.com. Let us know that you’re entering to win the ‘London Has Fallen’ digital contest in the email’s subject line and message. You have until next Tuesday, June 7 to enter, and you can enter the contest once daily. After June 7, we’ll pick the winners at random and notify them through email. Good luck!

When the British Prime Minster dies unexpectedly, Secret Service Agent Mike Banning (Butler) knows it is his duty to prep with Secret Service Director Lynne Jacobs (Bassett) for them to accompany U.S. President Benjamin Asher (Eckhart) to the state funeral at St Paul’s Cathedral in London. With every powerful world leader set to attend, the funeral should be the most protected event on Earth. Yet within moments of arriving, heads of government are assassinated and London landmarks are attacked. Asher, Banning and Jacobs are ambushed and retreat amidst a hail of gunfire and explosives. The devastated British capital goes into lockdown. Banning will stop at nothing to secure Asher’s safe return home.

Back at the White House, Vice President Allan Trumbull (Freeman) races against time brainstorming with top advisors in the Situation Room to get those trapped in London a lifeline of support and a way out. Outnumbered and outgunned, Banning reaches out for help to an English MI6 agent (Riley), who rightly trusts no one. Failure is not an option as they attempt to stop the criminals from carrying out the final phase of their revenge plan.

The action sequel’s Blu-ray and Digital HD versions also include exclusive bonus features, including ‘The Making of London Has Fallen,’ which offers an inside look at the massive undertaking of shooting such a large-scale film in London. The feature includes interviews with the cast and crew, and also shows the unique challenges they encountered on-set, Najafi’s directorial process and the cast’s inspiration for their characterizations. The thriller’s home release also includes the feature ‘Guns, Knives & Explosives,’ which delves into Butler’s iconic character of Mike Banning, and the extensive training and preparation the actor needed to play a Secret Service agent. 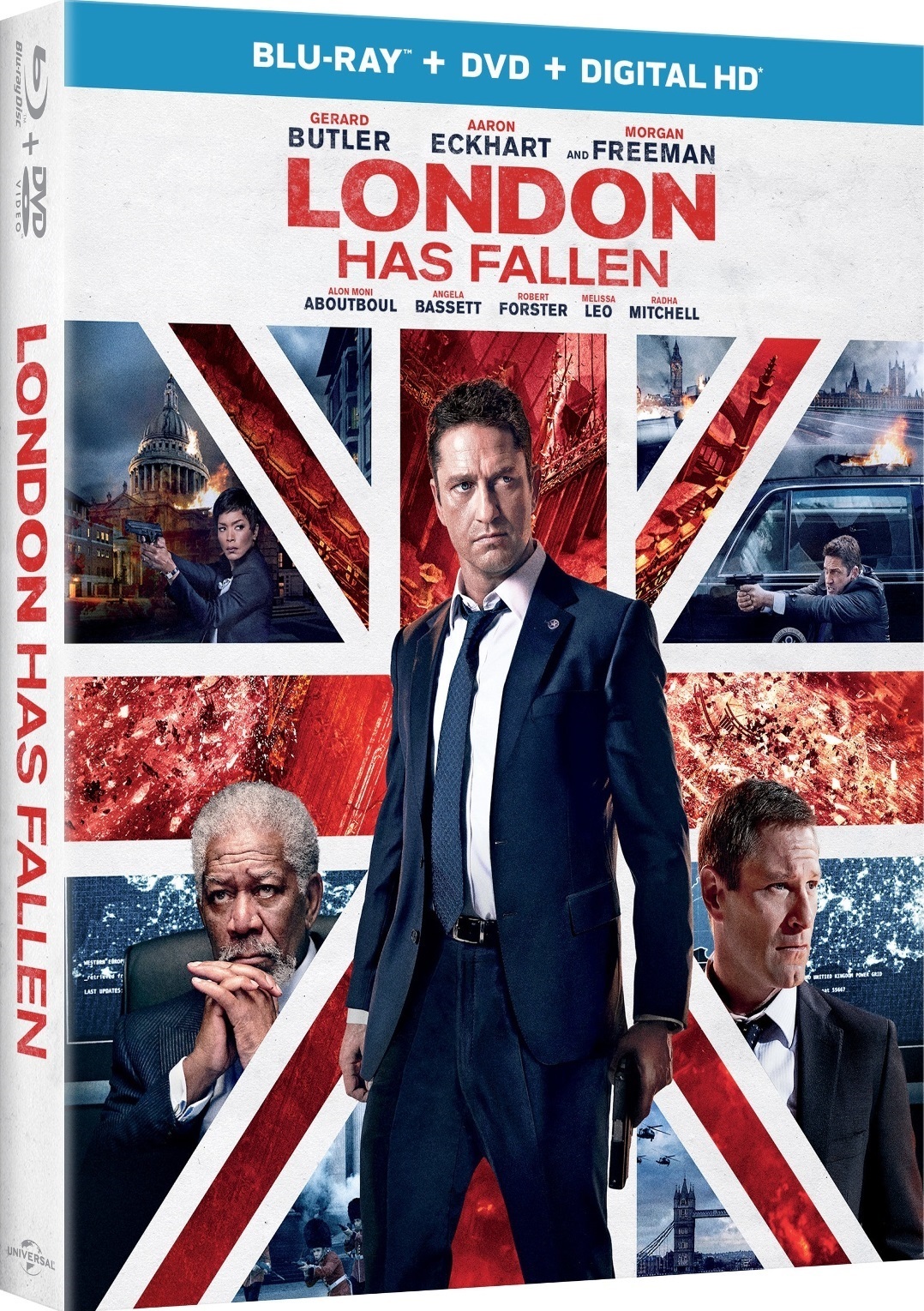