Taking the soulful journey into the realm of self-discovery can be a powerful healing process for many people as they strive to regain control over their destinies. The Canadian-based band, Post Death Soundtrack, which features Kenneth Buck, Steve Moore and Jon Ireson, have released their latest album, ‘The Unlearning Curve,’ which entrancingly blends eclectic genres to form a stunning narrative about the musicians learning to embrace their true selves. The record, which is the group’s first musical effort after a three-year hiatus, masterfully blends such styles as trip hop, psychedelic rock and pop, and stunningly pulls influences from such musicians as The Beatles and David Bowie, to provide listeners with the courage to pursue what truly makes them happy.

‘The Unlearning Curve’ begins with the enthralling song, ‘That Which Is,’ which embraces soothing lyrics and instrumentals to encourage listeners to embrace a sense of calmness in their lives. The musicians captivatingly inspire their fans to remain control over their lives, no matter what challenging obstacles they face, as nothing can stop them from achieving their goals.

Post Death Soundtrack intriguingly inspires their listeners once again with their latest record’s next track, ‘You Can’t Go Back,’ which leaves a lasting and inspiring influence on the forthcoming entries. The sophomore effort ponders why people feel the need to question others when they haven’t experienced the same challenges in life. The stunning rock-inspired guitar riffs also naturally fuel the all-too-important realization that people can’t venture back to the way their lives used to be, even if they begin to lose their guidance and paths.

The album’s eclectic nature continues with the calming piano that drives the endearing song, ‘Our Time is Now,’ which also inspires listeners to courageously pursue their goals. The gripping lyrics remind people that their time is now, and they shouldn’t hesitate to take what’s rightfully theirs, as they have power if they’re passionate about their goals.

Not only does ‘The Unlearning Curve’ alluringly persuade listeners to fearlessly follow their dreams, it also enthrallingly explores the troubling effects a dangerous relationship can leave on people. The intense electronic-fueled track, ‘Beauty Eyes I Adore,’ interestingly explores how people often fall under the trance of another person’s beauty, and how they need the strength to overcome falling under that person’s power. The intriguing entry, ‘Little Alice,’ powerfully mixes a rap and rock vibe as it discusses how the group’s singers were pulled in by a woman’s deceiving nature, and how they’re trying to break free from her controlling personality.

The most captivating and alluring song on Post Death Soundtrack’s latest record is ‘Arrhythmia Dreaming,’ which features a relatable and compelling message. The band members once again sing about how they’re being overtaken by a woman’s unstoppable energy, and are being pulled into her trap by her power. They realize that she wants everything to work in her favor, even if it’s dangerous and sets people up for failure. The gruff and tantalizing vocals also grippingly note that their connection was sold to them as a lie, which leaves them daring her to try to take them down as they gain more power.

‘The Unlearning Curve’ ends with the engaging and inspiring entry, ‘Transform in White Light,’ which discusses how people often find fear when they’re searching for answers about how to proceed in their lives. As the musicians realize that dreams never easily appear as they’re trying to connect to their true selves, they also discover that they’re the only ones who can save themselves.

Taking the passionate journey into the realm of self-discovery can be a compelling healing process for many people as they strive to regain control over their destinies. ‘The Unlearning Curve,’ the latest album from industrial-downtempo electronic band, Post Death Soundtrack, intensely blends eclectic genres to form a stunning narrative about learning to embrace your true self. The record masterfully blends such styles as trip hop, psychedelic rock and pop to provide listeners with the courage to pursue what truly makes them content. 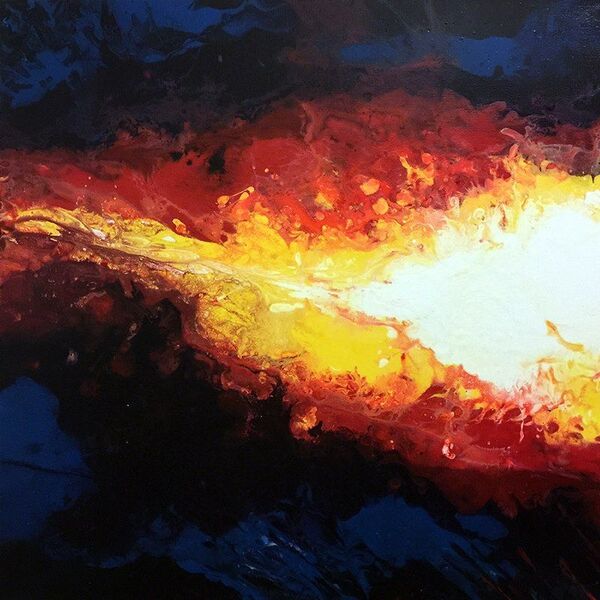