The Ice Age animated franchise clutches at straws. In this fifth chapter, directed by Mike Thurmeier and Galen Chu, Scrat’s epic pursuit of the elusive acorn catapults him into the universe where he accidentally sets off a series of cosmic events that transform and threaten the Ice Age World. To save themselves, Sid, Manny, Diego, and the rest of the herd must leave their home and embark on a quest full of comedy and adventure, traveling to exotic new lands and encountering a host of colorful new characters.

‘Ice Age Collision Course’ is a cocktail, made with top-notch ingredients, that put together turn sour. There seem to be tributes to the history of film, such as Kubrick’s monolith of ‘2001: A space Odyssey’ or the parting of the red sea as in Cecil B. DeMille’s ‘Ten Commandments.’ Moreover, ‘Ice Age Collision Course’ explores the profound debate about the coming-of-age of parenthood: the time when mothers and fathers have to acknowledge that their children are fully grown adults, and should be left the freedom to venture the world without their protection. However despite there are many interesting topics this animated flick turns out like a multilayered cake with exquisite contrasting flavors, that combined together confuse the taste buds.

Not even the terrific voice performances of the cast manage to give sense to a very messy narrative. Likewise the visual effects. The 3D movie does not have such technical prodigiousness to keep the audiences’ attention, and Ice Age completely loses its cool. Consequently, the time has come for the extinction of this franchise. 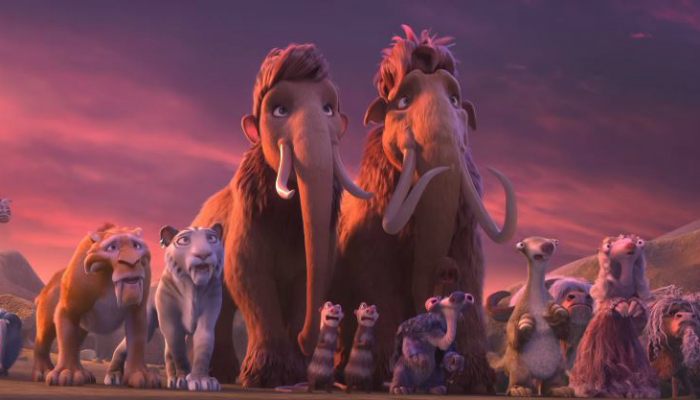