Television audiences are learning the harsh, but all-too-important, lesson that in history, only the truly disruptive ideas are destined to matter, through the upcoming home release of AMC’s period drama, ‘Halt and Catch Fire: The Complete Second Season.’ The critically acclaimed sophomore season of the cable network series is being released on DVD today from Anchor Bay Entertainment.

In celebration of the television drama’s second season home release, Shockya is offering one lucky winner a Season 1 DVD, and another lucky winner a Season 2 DVD. To enter, email us at ShockyaGiveaway@aol.com. Let us know that you’re entering the ‘Halt and Catch Fire’ DVD contest, and which season you would like to win, in the email’s subject line and message. You have until next Tuesday, August 16 to enter, and you can enter the contest once daily. After August 16, we’ll pick the two winners at random and notify them through email. Good luck!

The 10-episode second season of ‘Halt and Catch Fire,’ which was created by Chris Cantwell and Christopher C. Rogers, stars Lee Pace, Scoot McNairy, Mackenzie Davis, Kerry Bishé and Toby Huss. The sophomore season is set in March 1985, more than a year after Joe MacMillan (Pace) set fire to a truck full of Cardiff Giant PCs. His decision is the last in a long string of destructive acts that burned the people that made the machine possible: Gordon Clark (McNairy), Donna Clark (Bishé), Cameron Howe (Davis) and John Bosworth (Huss). The Giant is about to be taken off the shelf, like any number of personal computers to enter the market in the wake of IBM. The lesson is harsh but clear: in history, only the truly disruptive ideas are destined to matter. The follow-up season thrives on the spirit of innovation and takes on world-changing scenarios, no matter the risk.

The ‘Halt and Catch Fire: The Complete Second Season’ DVD has a suggested retail price $49.98. It includes a three-disc set, containing all 10 episodes, as well as bonus features that offer a behind the scenes look into the series. The bonus Features also include ‘History of Now Joe’s Strategic Benchmarks Tour of An ’80s Startup’ and ‘Set Tour With Lee Pace and Scoot McNairy.’ Season three of ‘Halt and Catch Fire’ will premiere on AMC this summer.

Watch bonus feature videos, and check out the cover, from the ‘Halt and Catch Fire: The Complete Second Season’ DVD below. 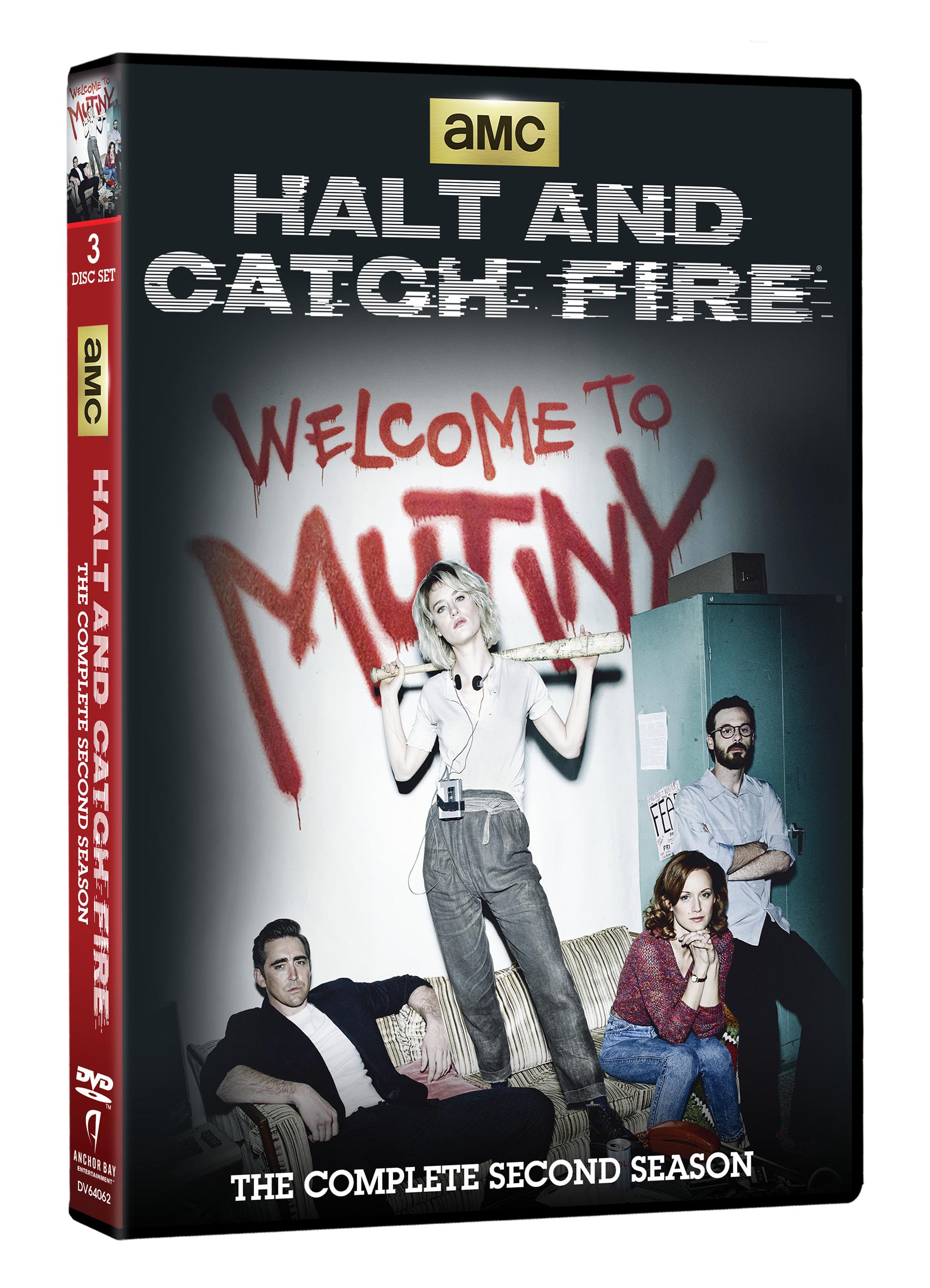