Teenagers often wish to end their high school experience with an epic experience that will offer them memories that they’ll always cherish. Devon Werkheiser’s character in the comedy, ‘Sundown,’ will surely have legendary moments that he’ll never forget from the spring break vacation he took during his senior year. Those occurrences will now always live on and be remembered by audiences, as the action film has been released on DVD this week by Lionsgaten.

In celebration of ‘Sundown’s home release, Shockya is offering five lucky winners a DVD of the action comedy. To enter, email us at ShockyaGiveaway@aol.com. Let us know that you’re entering to win the ‘Sundown’ DVD contest in the email’s subject line and message. You have until next Friday, August 26 to enter, and you can enter the contest once daily. After August 26, we’ll pick the winners at random and notify them through email. Good luck!

The following synopsis has been released for ‘Sundown’:

High school seniors Logan and Blake prepare for an EPIC Spring Break as they travel to the beautiful and exotic Mexican beach resort of Puerto Vallarta hoping to hook up with their high school crushes. Surrounded by hot girls in teeny bikinis, the guys are truly in heaven. After meeting at a club, Logan falls for a mysterious local beauty named Gaby but then realizes the next morning, when his grandfather’s Rolex watch is missing, that she was after more than just his heart. Things go from bad to worse when the guys discover that the valuable family heirloom is now in the hands of a gangster who demands to be paid triple the watch’s value before returning it. And that’s just the beginning. 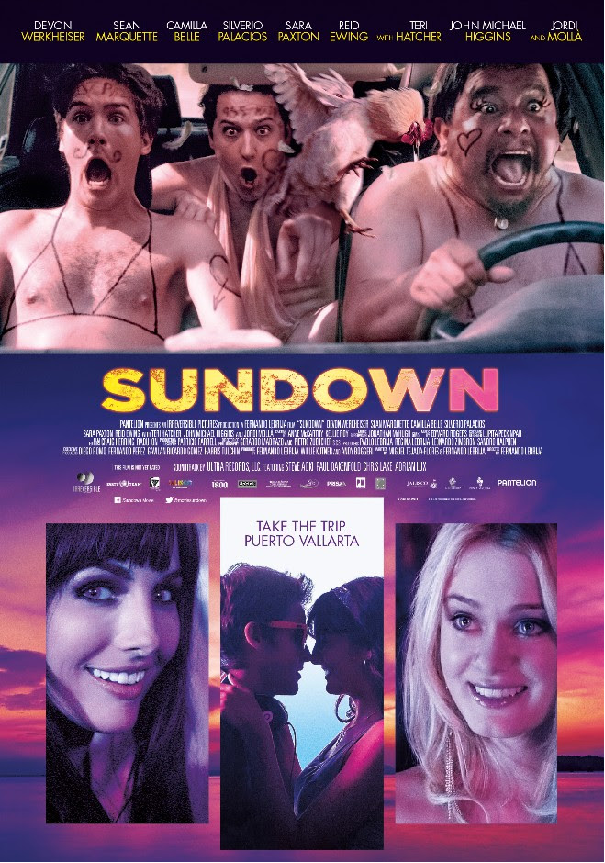