‘Taking Back Tomorrow’ features some of today’s most groundbreaking voices, including Iesha Green (who shares songwriting credits with Rihanna) and Heidi Feek (the daughter of country music stars,
Joey and Rory Feek). They’re matched with multiple legendary hip hop names, including Ras Kass (who Pitchfork called one of the greatest rappers of all time) and Talib Kweli (an independent hip hop pioneer and former Rawkus Records emcee, who also co-created the famed hip hop super duo, Black Star). All shows associated and scheduled as a part of ‘The Taking Back Tomorrow’ tour, which will play in both national and international cities, are set to support the album’s release.

In the past, Campbell’s work has received multiple five star reviews, playlist picks and album of the week selections. For live performances, the hip hop artist works with his live band, Chuckie Campbell & The Phaction. With David “Teaspoon” Hulett on drums, Naheem Shabazz and Shawn West on trombone and Emilio Virella on the trumpet, Chuckie Campbell & The Phaction make for a dynamic, powerful and eclectic approach to hip hop. The band’s music is filled with fluid instrumentation, lush musical arrangements and heartfelt poetic nuance.

Full tour dates for Chuckie Campbell & The Phaction’s North American Summer Tour: The West are below:

The music video for ‘Synesthesia,’ a single from Campbell’s previous album, ‘More Die of Heartbreak,’ which was directed by Amir Valinia, is also available on Youtube:

Listen to ‘More Die of Heartbreak’ on Campbell’s Bandcamp and Soundcloud pages, as well as below. 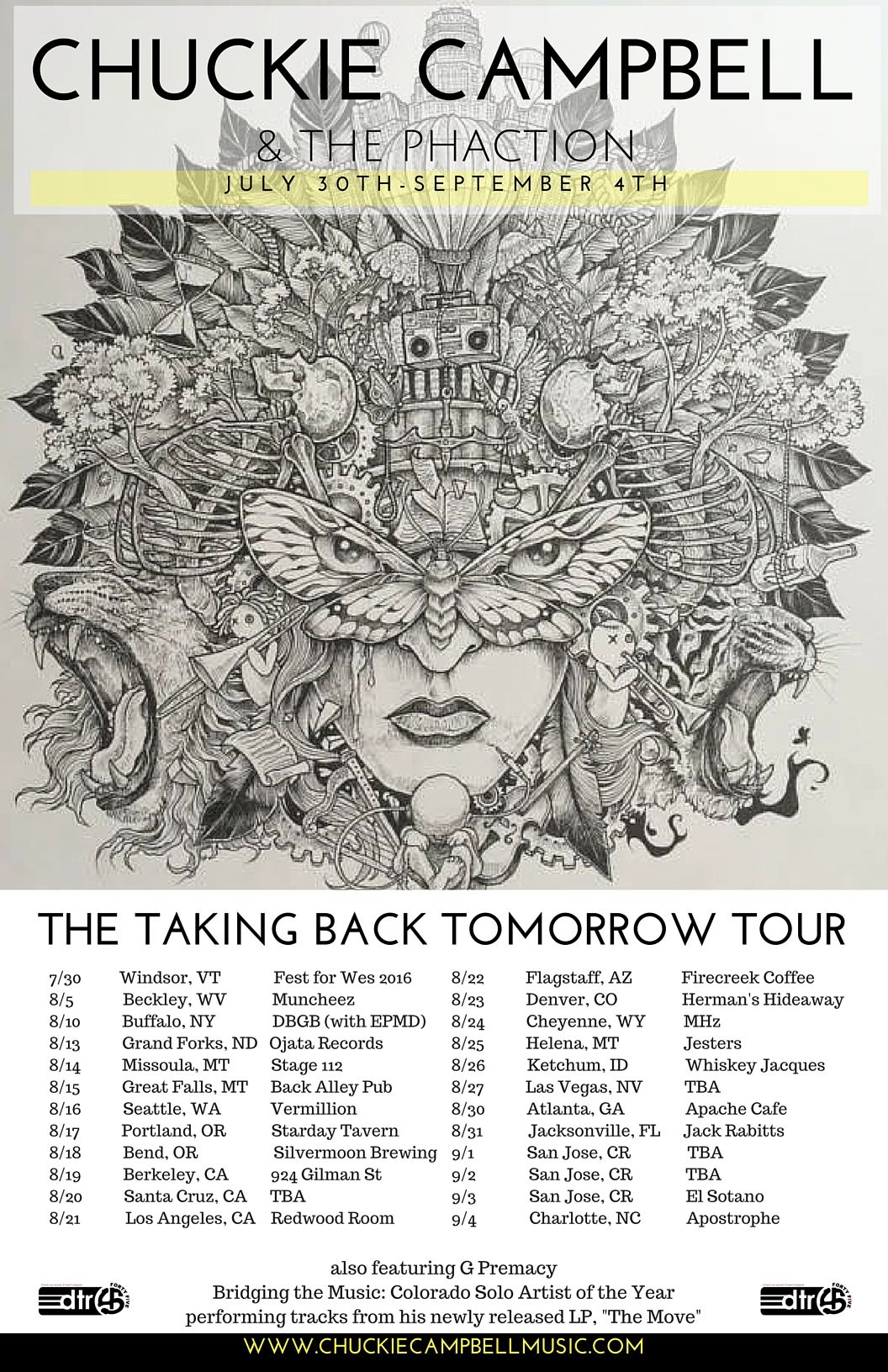