The Emmy-nominated comedy series, ‘SuperMansion,’ has announced that it will kick off the holiday season with an original half-hour special, titled ‘SuperMansion: War On Christmas.’ The show will premiere on Thursday, December 8 on Crackle. Sony’s free streaming service officially made the announcement during the stop-motion series’ panel yesterday at New York Comic Con. The panel featured creators Zeb Wells and Matthew Senreich, as well several ‘SuperMansion’ voiceover cast members, including Keegan-Michael Key, Breckin Meyer, Heidi Gardner and Gary Anthony Williams.

In ‘SuperMansion: War On Christmas,’ Key and Williams will be joined by Bryan Cranston, Seth Green, Jillian Bell, Anton Yelchin, Dan Stevens, Jim Parsons and Gary Anthony. The special will focus on a dysfunctional group of self-righteous superheroes, The League of Freedom, who can’t agree on anything. But the group must band together to save Christmas when an interstellar imp, Mr. Skibumpers (Parsons), unleashes a real-life Santa Claus (Williams), who experiences an existential crisis. Ultimately, the team comes to understand that their differences of opinion are what the holiday spirit is all about.

Season two of ‘SuperMansion’ will return in early 2017, as previously announced at the Crackle upfront in April. Viewers can binge-watch all 13 episodes on season one for free on Crackle. For more information on the animated comedy, visit the series’ Twitter, Instagram and Facebook pages. 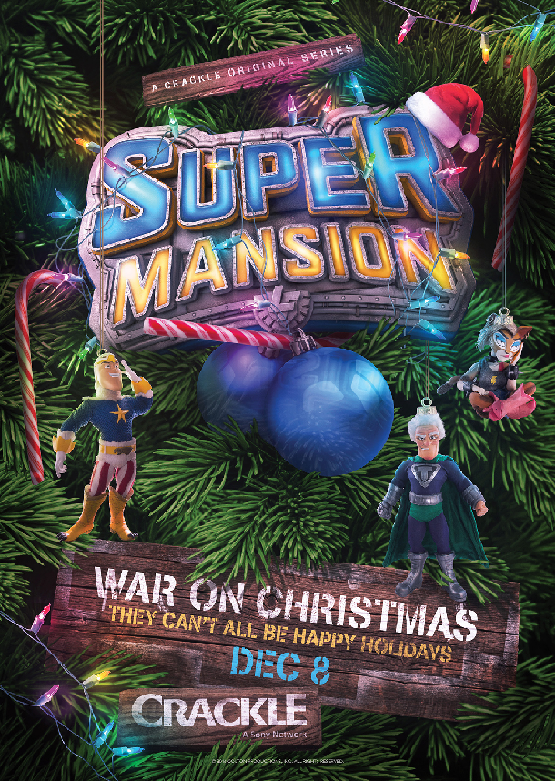