Struggling to find the meaning in their life can be an essential healing process for many people during the aftermath of the death of an essential person in their life. That’s certainly a vital emotional journey for Mary, the lead character in the new dark comedy, ‘My Dead Boyfriend,’ as she attempts to overcome her sorrows as she grieves for her late boyfriend. In honor of the protagonist combating her internal conflicts, Shockya is premiering an exclusive new clip from the film, titled ‘Koppy, Koppy, Koppy Store.’

In ‘Koppy, Koppy, Koppy Store,’ Mary meets Zoe’s new boyfriend, Jeff, who is the manager of a Kopy Kopy Kopy store. Mary refuses her friend’s suggestion that she take a job at the store, as she has heard stories about the horrible way the company’s employees are treated. She also tells Zoe that she believes Jeff is not who he says he is.

‘My Dead Boyfriend’ was directed by Emmy Award-nominated and Golden Globe Award-winning actor, Anthony Edwards. The comedy stars Heather Graham as Mary and Kate Moennig as Zoe, as well as John Corbett and Gina Gershon. The movie, which was written by Billy Morrissette, is now available from Momentum Pictures and Orion Releasing in select theaters, On Demand and Digital HD.

Momentum Pictures and Orion Releasing have released the following synopsis for ‘My Dead Boyfriend’:

Mary’s life has been defined by a string of temp jobs and a half-hearted attempt to become a writer. But all that changes when she comes home to find her boyfriend dead in front of the TV set. During her misadventures in trying to get rid of his ashes – accidentally becoming the bassist in a rock band; bonding with the dog he left behind; and awkward encounters with numerous ex-lovers – Mary discovers that there was much more to her couch potato boyfriend than she ever thought imaginable.

Watch ‘Koppy, Koppy, Koppy Store,’ Shockya’s exclusive clip from, and check out the official poster for, ‘My Dead Boyfriend’ below. 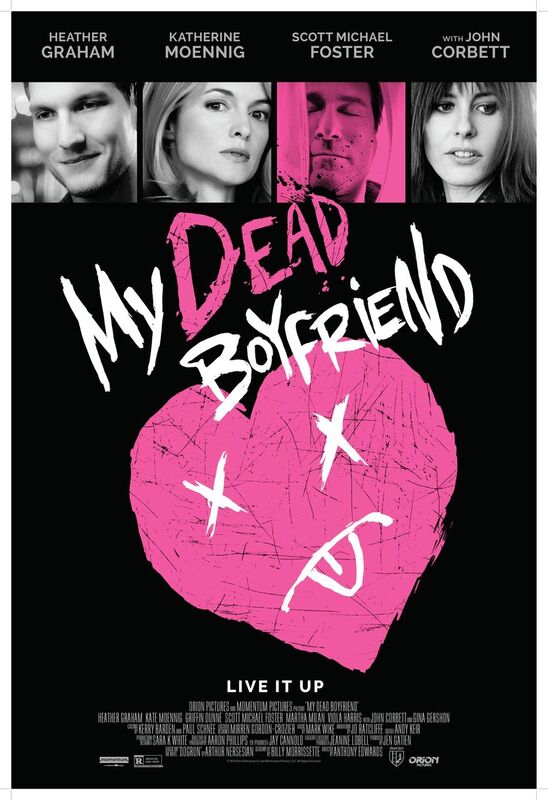