Contending with potential loss of life every day is a harrowing possibility for people who embark on careers that rely on violence as a way to survive. But the consequences of those acts of brutality greatly differ for everyone, depending on which side of the law they’re living on. In the new documentary, ‘Bodyguards: Secret Lives From the Watchtower,’ the lasting effects of those ruthless actions are powerfully highlighted. In honor of the film’s upcoming release, Shockya is premiering an exclusive clip.

The clip, which is titled ‘James Bulgar and Kevin,’ features White Bulger’s enforcer, Kevin Weeks, as he discusses the first murder he ever committed on behalf of the infamous Winter Hill Gang. Further details on the offense will be revealed when the true crime film is distributed into theaters and On Demand by Gravitas Ventures on December 2.

‘Bodyguards: Secret Lives From the Watchtower’ was directed by Jaren Hayman, who also produced the movie with Jeremy Bieber and Burton Rice. The documentary was narrated by Kim Coates.

The film explores how bodyguards and Protection Agents are the individuals on the front lines for the rich, famous and powerful. These individuals deal with violence, stalkers, isolation and potential loss of life every single day. ‘Bodyguards: Secret Lives From the Watchtower’ shows working as a bodyguard is a world most people know nothing about. The movie features Nelson Mandela’s bodyguards, Justin Bieber and his Director of Security, Whitey Bulger’s protector, 50 Cent and Lil Wayne’s bodyguard and Ambassador’s under Blackwater.

watch ‘James Bulgar and Kevin,’ Shockya’s exclusive clip from, as well as the poster for, ‘Bodyguards: Secret Lives From the Watchtower’ below. 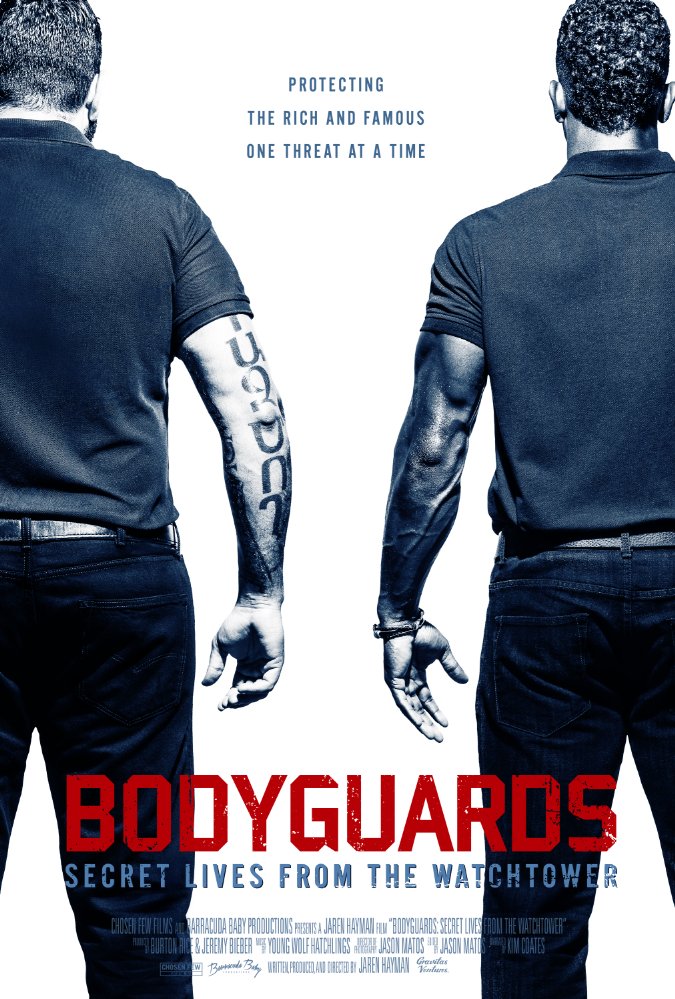