Title: Chi mi ha incontrato, non mi ha mai visto (Those Who Met Me, Did Not See Me)

If you are fond of French poet Arthur Rimbaud, watching ‘Chi mi ha incontrato non mi ha mai visto (Those Who Met Me, Did Not See Me)’ will be as sweet as tasting a madeleine while reading Proust.

Filmmaker Bruno Bigoni embarks on an adventurous trip in search of answers about the great poet’s life. A mysterious French woman sells to the director an unpublished photo of Arthur Rimbaud, which might reveal revolutionary information about his life and works. From there on, Bigoni plunges into a passionate investigation and consults technicians and critics to figure if there is a way to publish his discoveries. The trouble is attesting the authenticity of the picture. The chemical tests done on the photograph confirm it truly dates back to the end of the eighteen hundreds, but the question is whether it actually portrays Arthur Rimbaud.

The mockumentary undoubtably explores alluring themes, intertwining image and memory: love for research, poetry and a hint of witty irony against the institutions of knowledge. The way the “experts” are directed, to give their opinion on the matter, is the weak part of the movie. Most of the time they come across as excessively fictitious.

Nevertheless ‘Those Who Met Me Never, Did Not See Me,’ strikes a chord in all of us: how the veracity of memorabilia or even the world surrounding us is entirely up to us. Hence, Bigoni is free to believe the man in the photograph is the intellectual who influenced modern literature and prefigured surrealism. After all, that is how Arthur Rimbaud established himself as a poet, believing he was such, as he wrote in one of his early letters: “I want to be a poet, and I’m working at turning myself into a seer. You won’t understand any of this, and I’m almost incapable of explaining it to you. The idea is to reach the unknown by the derangement of all the senses. It involves enormous suffering, but one must be strong and be a born poet.” 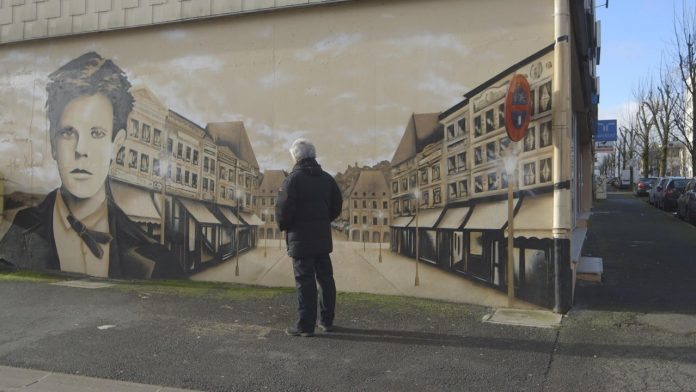