When did you ever hear this in any film you’ve seen: “So long as we desire, we can do without happiness.”  Here’s a statement that hardly axiomatic, one that might come from the mind of a philosopher or one who teaches philosophy.  Generally, in materialistic societies we desire quite a lot, yet  Buddhists warn us that desire is the source of pain.  But Nathalie Chazeaux (Isabelle Huppert) is not convinced.  She teaches in a college, in one situation conducting a discussion in the open air, and when in the classroom, her students copy everything she says.  She has been married to Heinz (André Marcon) for twenty five years.  She has an obese black cat named Pandora that she frequently packs into a wicker basket to transport from here to there.  She even has a mother who loves her.  With all that, what more can she desire?

Here’s the problem with this scenario.  Her husband tells her, casually as though reading an item from Le Monde, that she found another woman and is moving in with her, which would require Nathalie Chazeaux to leave his home, taking away some of the books that line the walls.  Her mother, Yevette (Èdith Scob), is depressed and bed-ridden, calling her daughter in the middle of the night to complain that she cannot breathe.  The firemen are tired of answering the elderly lady’s calls.  She has to find a home for the mother at great expense.  Her daughter Chloé has a family of her own. Her publisher decides to modernize her book with more splash, though its author thinks the illustrations are kitsch. Ultimately she is now alone, lonely despite the attentions of a former student, Fabien (Roman Kolinka), with whom she has a platonic relationship and who has become a person of his own, no longer dependent on his mentor’s counsel.

“Things to Come” (quite a generic title considering that every book and movie deals with that subject) is elevated by the performance of Isabelle Huppert, whom some consider the world’s best actress.  See for yourself.  Many in an audience would say, “What’s the big deal?  She acts like a natural woman.”  And that’s the point. Her acting is so professional, so competent that she can pass for your neighbor, and yet she is handling a complex array of emotions, projecting her loneliness in subtle ways.  This is the sort of movie that does best in the hands of Mia Hansen-Løve, whose “Goodbye First Love” traces a romance form adolescence to the return of the lover from an eight years’ absence exploring the world.

Photographed in Ile-de-France, Lyon and Paris, “Things to Come” benefits from an exquisite sound track, including an unusual, slow version of “Unchained Melody” rendered by the Fleetwoods.  The film is for an audience that can’t wait to devour anything that Huppert anchors and takes pleasure largely in performances of real human beings rather than characters heightened by mere artifice. 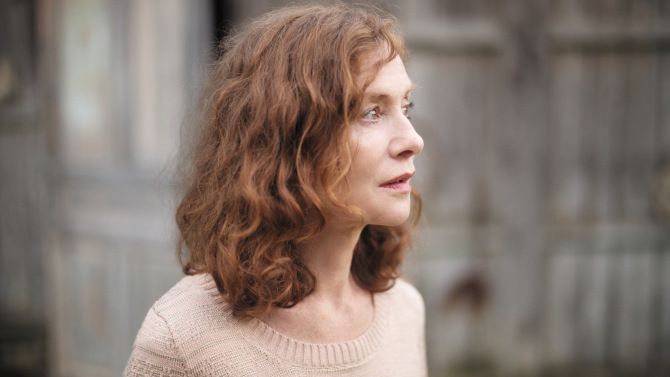