If you’re of a certain age or simply catch up on movies made before you were born, you are likely to say “They don’t write musicals the way they used to.”  You’re thinking of the oeuvre of George M. Cohan, George and Ira Gershwin, Alan J. Lerner and Frederick Loewe, Richard Rodgers and Oscar Hammerstein.  Some of their traditional musicals are revived on Broadway, and deservedly so.  Consider “My Fair Lady,” the perfect musical; South Pacific with its outdated(?) theme of racial tension, “Yankee Doodle Dandy, which features a stirring performance by the great James Cagney.  The splashy modern musicals are no slouches: think of the ones still playing on Broadway like “Chicago,” “Les Misérables,” “The Phantom of the Opera.”  The distinction between the old and the new is more a line drawn on sand than on stone.  Capitalizing on the idea of doing a traditional musical, Damien Chazelle, whose “Whiplash” shows him as a man who understands and loves jazz, knocks out “La La Land” (a slang term for Los Angeles) with an opening and closing that will look familiar to any who have taken in the lavish spectacles of the forties and fifties.  “La La Land” opens with a small screen logo of the company, Summit Entertainment, then surprises the audience with an expanded screen and a mention that this is a Cinemascope production.  At the conclusion, we see the letters “The End.” Now that’s something you don’t see at movie endings any more.

“La La Land” is the sort of musical that might find a better environment off-Broadway than in the big ones, with one exception, the spectacular opening number, a single take, choreographed with brilliance and sung with abandon but a diversified group of Los Angeles drivers and passengers in one of those daily, tortuous jams.  When one driver in a convertible, Sebastian Wilder (Ryan Gosling) honks and passes the auto driven by Mia Dolan (Emma Stone), Mia gives him the finger, which is not the best way to start a romantic relationship, but in this case, absent the bird, there would be no coupling off.

Hearing music back on land Mia enters a crowded restaurant to find Sebastian, who at first conforms to the manager’s demand that he play Christmas clichés but then takes off with the kind of jazz piano he knows and loves.  This gets him fired by the boss (J.K. Simmons), so, teed off, he knocks Mia on the shoulder as he passes Mia—which qualifies as a meet-cute.  For Mia, this is love at first sight; never mind that she doesn’t like him.

They get together, they talk, they dance, they click. They find out that they’re not simply drivers: they are human beings young enough to hold onto dreams.  Sebastian likes jazz, but only the kind that he considers pure.  He tries to influence Mia to share his affection for the music.  In the planetarium they dance, literally rising through the air like a modern Fred Astaire and Cyd Charisse, gazing at the stars above, sharing their fantasies.  He wants to stop playing what the band leaders want and to start his own club.  She wants to be an actress, and takes off from her job as barista in the Warner lot whenever her smartphone informs her of an audition.

Mimicking the splashy colors favored by Jacques Demy in “The Umbrellas of Cherbourg”—which featured the stunning Catherine Deneuve as a 17-year-old in the French town of Cherbourg—and Demy’s use of saturated colors in “The Young Girls of Rochefort”, Chazelle alternates dazzlers like the opening scene, with fast-moving jazz compositions, Gosling on the keyboard, and slow, moody, lyrical songs.  Unlike “South Pacific,” “My Fair Lady,” “Meet Me in St. Louis,” “The Music Man” and scores of other musicals, there are no memorable songs in “La La Land,” nor are the lyrics that clear to make out.  The dancing cannot match that of the pros like the aforementioned Astaire and Charisse and the singing is not on the level of South Pacific’s Ezio Pinza.  Nor does it have to be.  Though many critics will rave and gush, ultimately this is a middling musical measured against the gold standard works of the forties and fifties but is well worth a visit for setting a romantic mood, enjoying the jazz, and feeling as good as you can after the recent political debacle in the U.S. 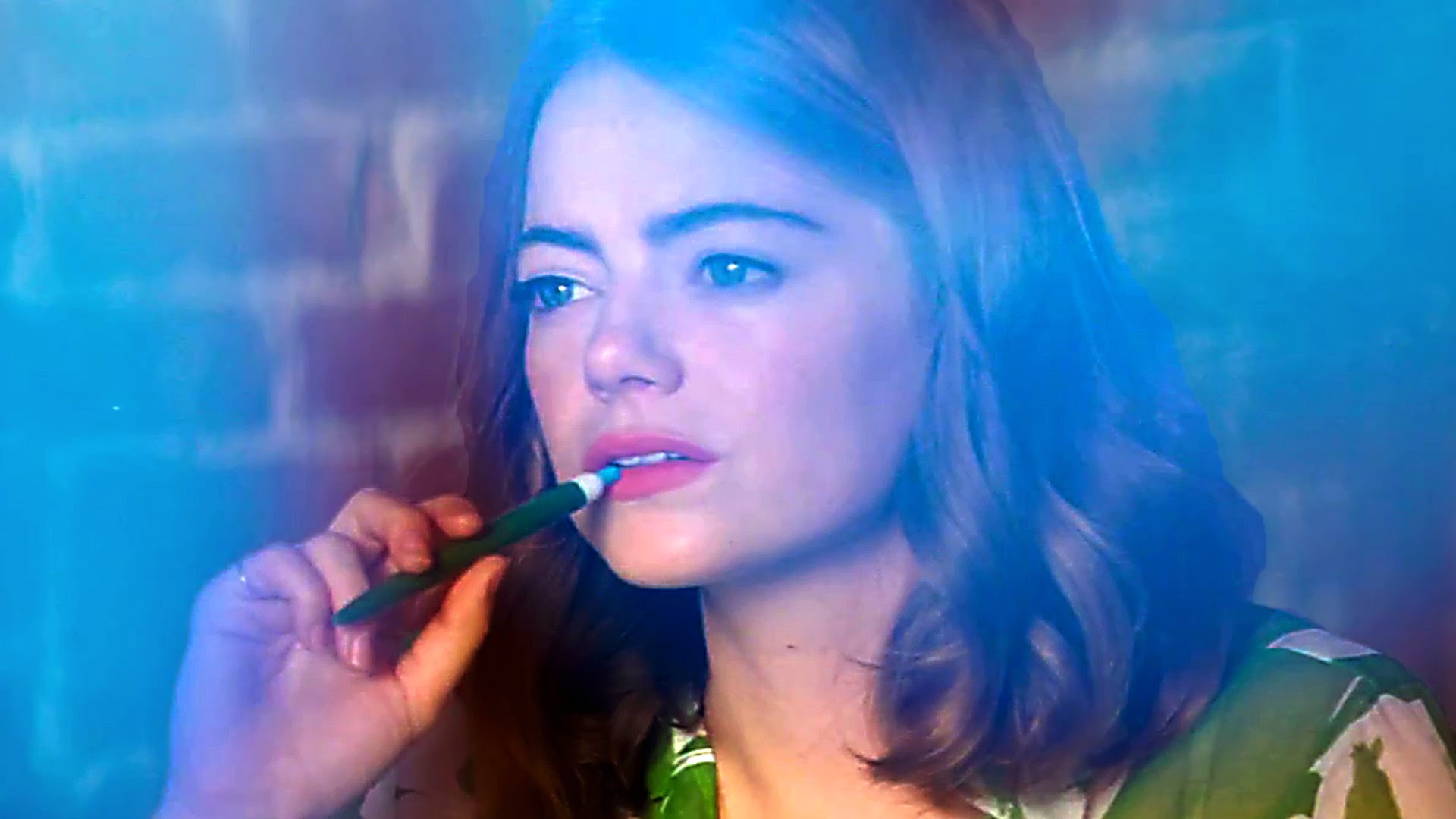