Drastic, life-altering events can often times make people, especially teens who have their entire lives ahead of them, question their identities and goals. That’s certainly the case with the ambitious protagonist in the new film, ‘Hickey,’ which is being unveiled in theaters and on home release this month. In honor of the teen workplace comedy’s distribution, Shockya is premiering an exclusive new clip, which is titled ‘Ellen Angry,’ from the movie. The clip features actress Raychel Diane Weiner getting angry with lead actor Troy Doherty’s life decisions about college and work.

‘Hickey’ has been released in select Los Angeles theaters this weekend by Maxine Street LLC. The comedy will also be distributed across North American on Blu-ray, DVD and VOD this Tuesday, January 10, from Gravitas Ventures. The Blu-ray and DVD will be sold for a suggested retail price of $19.99 and $16.99, respectively. The film’s Blu-ray and DVD can can be pre-ordered on Amazon, and the comedy can also be pre-ordered on VOD via iTunes. The theatrical and home releases come after the movie premiered at last year’s SXSW.

“Making this film and premiering it at SXSW made 2016 a great year for us,” said Grossman. “I’m excited to bring my first feature film to audiences across North America.”

The following synopsis has been released for ‘Hickey’:

Set in a stereo chain in Venice, California, ‘Hickey’ is a day in the life of math whiz and recent high school graduate, Ryan Chess (Doherty), who has spent the entire summer dithering over his choice of colleges. On the one hand, he has a full ride to his dream school, MIT, but he’s also hopelessly in love with co-worker Carly (Watson), whom he has never asked out. Staying home and attending UCLA would mean he gets to stay close to Carly, but if they’re not even a couple, is it worth it?

To add insult to injury, Cy’s regional manager Brady Krane (Alex Ashbaugh) has ordered the branch to be closed immediately. He gives the staff just one day to try and meet their monthly sales quota, which sets off a barrage of last-ditch efforts by the colorful crew of Cy’s to save their jobs.

Foro more information on ‘Hickey,’ visit its official website, as well as its Facebook, Twitter and Instagram pages. Watch ‘Ellen Angry,’ Shockya’s exclusive clip from, and check out the official poster for, ‘Hickey’ below. 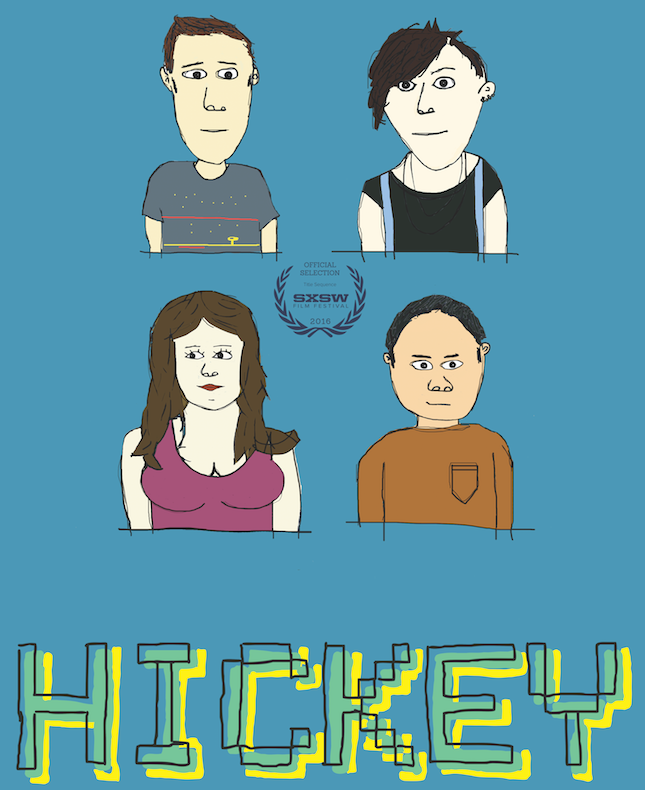