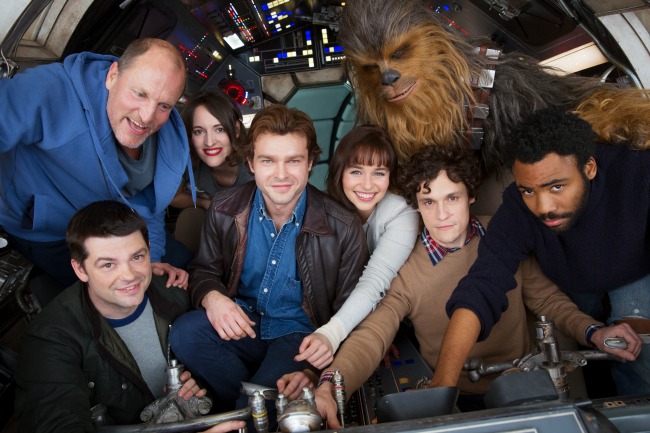 The movie will explore the duo’s adventures before the events of Star Wars: A New Hope, including their early encounters with that other card-playing rogue from a galaxy far, far away, Lando Calrissian.

The new Star Wars movie from Lucasfilm and The Walt Disney Company will be co-directed by Phil Lord and Christopher Miller and stars Alden Ehrenreich as Han Solo, Woody Harrelson, Emilia Clarke, Donald Glover as Lando Calrissian, Thandie Newton, and Phoebe Waller-Bridge, with Joonas Suotamo as Chewbacca. Written by Lawrence and Jon Kasdan.

The Han Solo standalone movie will hit theaters on May 25, 2018.