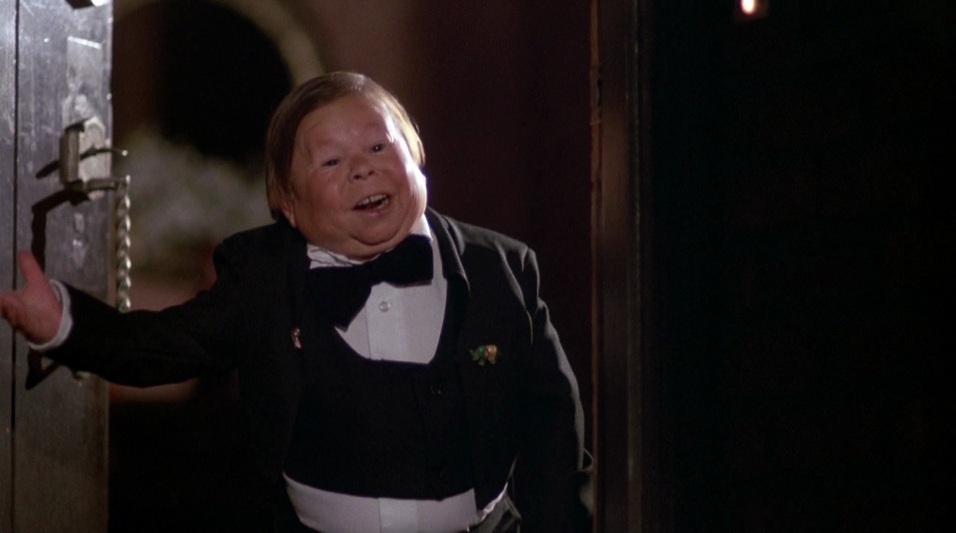 Photo from the film Waxwork

Lionsgate has compiled a collectors edition Blu-Ray of the cult horror/fantasy classics Waxwork (1988) and Waxwork II: Lost in Time (1991).

WAXWORK REVIEW
Mark Loftmore (Zach Galligan; Gremlins) is a rich college kid, living a humdrum life and still pining for his ex-girlfriend China (Michelle Johnson; Far and Away). China and her best friend Sarah (Deborah Foreman; Valley Girl) get stopped by the owner of the Waxwork (David Warner; Penny Dreadful) and are invited to bring their friends to a private showing. As a goof, they tell Mark, his best friend Tony (Dana Ashbrook; Twin Peaks) and friends James (Eric Brown; Mama’s Family) and Gemma (Clare Carey; Aquarius). Just when Mark knocks on the door, little person Hans ( Mihaly ‘Michu’ Meszaros; ALF) answers the door with “Velcome to Vaxverk,” scaring off James and Gemma. The remaining quartet file inside and are instructed to not cross the red rope barriers at each display.  Little do they know that by crossing the barriers, they will become sucked into the wax figures’ tableau where it becomes real if they believe it to be real. As they all get transported into each scene, they must find a way to escape or die as portrayed in the exibit.

The Good: The scene with the Marquis de Sade (J. Kenneth Campbell; The Abyss) threw the film into an oddly intriguing tangent. What started out as a campy horror comedy, turned highly sexual – without the sex. Deborah Foreman is getting off on getting whipped by the Marquis. It was somewhat cringy, but also hot. The commentary with director Hickox and lead actor Zach Galligan was funny and informative. Despite the film being 28 years old, the two had a lot of great memories to relay. The practical effects and animation were campy, and wonderfully retro.

The Bad: The models and miniatures were god awful. It was as if Hickox had a kid make one of those “make your own  mission” kits and then set it on fire.  The actors portraying the wax figures could not stand still. It’s not as if the mannequin challenge was around back then, but put forth some effort.

WAXWORK II: LOST IN TIME REVIEW
Taking place just after the first film, Mark (Zach Galligan) and Sarah (Monika Schnarre; Saving Hope) wave down a cab and just go home. Sarah gets in a confrontation with her stepfather (George ‘Buck’ Flower; Back to the Future I & II) and then he gets attacked by the severed hand that escaped the Waxwork. Now on trial for her stepfather’s murder, Mark must help Sarah gather proof of her innocence and that she had nothing to do with the destruction of the Waxwork (spoiler alert). With the aid of a time travelling compass, they are able to walk through walls into moments of time and battle various evils they run across.

The Good: The score by Steve Schiff was kitschy and fantastic. Zach Galligan in the commentary compare it to Enigma, to which I would agree. If you can’t pay the rights for the real thing, Schiff got it close enough.  Again the commentary made the DVD worthwhile as Hickox and Galligan poked fun at yet another miniature that was a visual fail. The music video for the song Lost in Time at the end credits by  Dwayne ‘Muffla’ Simon and  Darryl ‘Big Dad’ Pierce was totally awesome and surprisingly well written. Bruce Campbell can make any crap on film better and I loved his segment with his exposed ribcage after being pecked at by a crow. There are so many cameos (Drew Barrymore, David Carradine, Maxwell Caulfield, Kane Hodder) that make this film worth sitting through, even though the plot is just crazy.

The Bad: What the hell was this story about? The title is “Lost in Time” however the characters end up in points in fictional history, not in actual history.  Sarah goes to outer space and battles a butthole faced alien. They are all battling monsters and fictional villains – not historical figures. Did they not think the public knew how murder trials work? Sarah is accused of murdering her stepfather and she’s free to leave the courtroom at her leisure.  Sarah calls her stepfather, “Stepfather.” She’s not referring to him as her stepfather, she actually calls him to his face as “stepfather.” We would’ve found out his identity in the courtroom scene that followed, and just avoided that awkward little snippet. I really wish they could have convinced Deborah Foreman to reprise her role in the sequel, but maybe that was a smart move.

I really appreciate when films and sequels can be bundled together, because Waxwork and its sequel are crazy little masterpieces albeit quite terrible. Hickox and Galligan had so much fun and it shows in the final product. 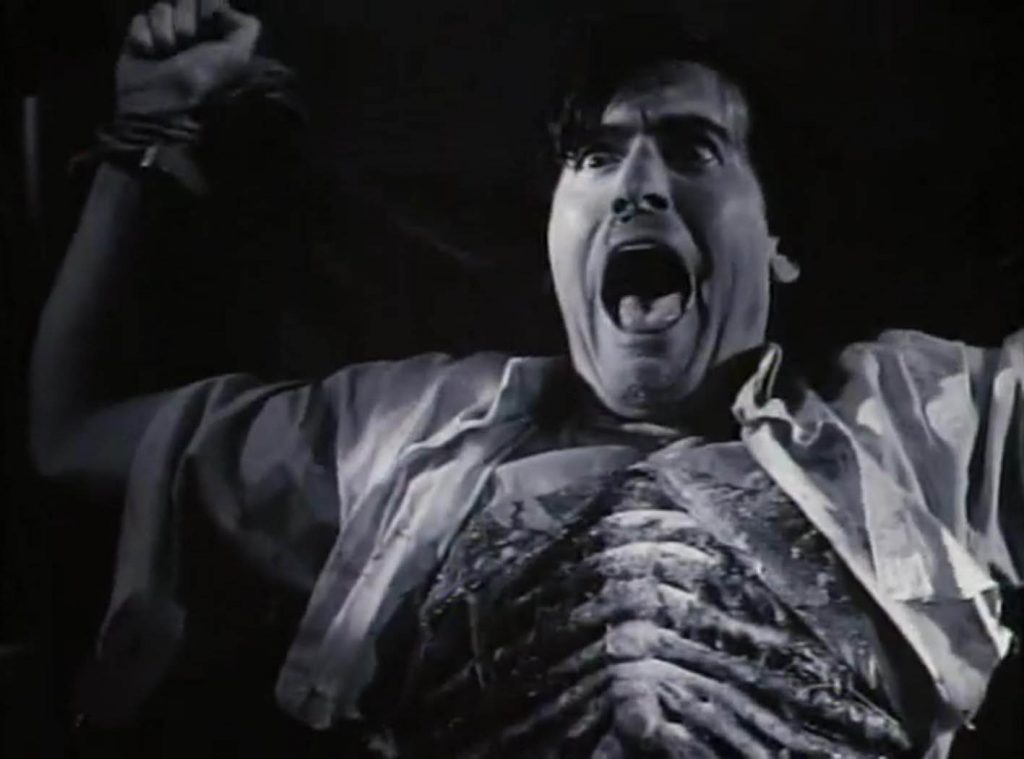