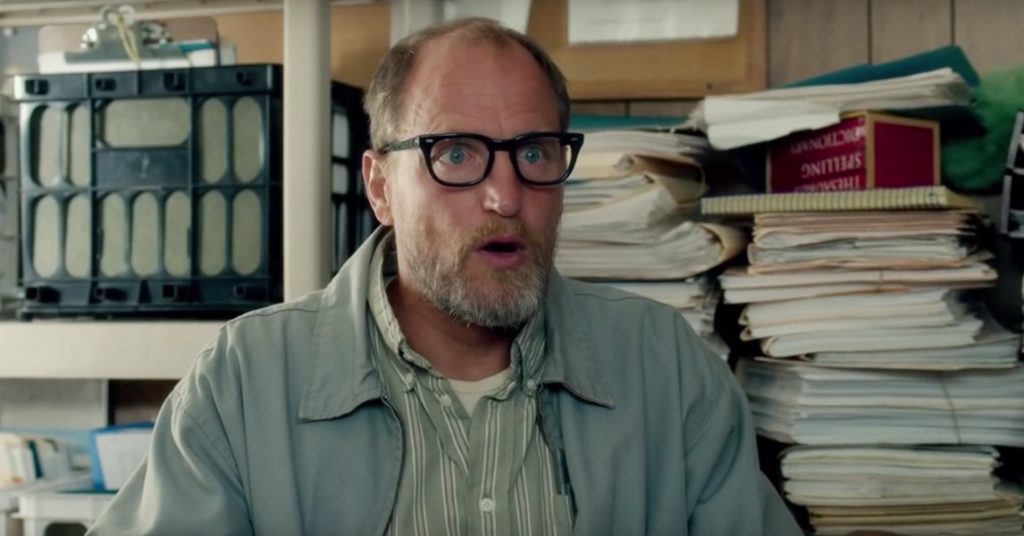 Wilson is a comedy-drama about three misfits: Wilson (Woody Harrelson), his ex-wife Pippi (Laura Dern) and their teen-aged daughter Claire (Isabella Amara). Wilson, a middle-aged man, does not understand the twenty-first century in general and the digital age in particular. Pippi a recovering drug addict is trying to get on with her life and move forward, and Claire is an overweight bullied high-school student who does not give a hoot about her biological parents. Wilson sticks to daily routine of walking his small dog Pepper and talking to bewildered strangers. Eventually he comes to terms with his father’s death and locates Pippi and Claire through a detective agency. Reluctantly Pippi agrees to join Wilson and later on to locate Claire, whom she had given up for adoption seventeen years prior.

This convoluted plot was written by Daniel Clowes, based on his graphic novel by the same name. Director Craig Johnson tries to give us a comedy but at mostly generates a chuckle here and there.

Woody Harrelson gives Wilson a full range of emotional charm from kindness to dogs, to grief over his father’s death, to joy over meeting his biological daughter. Laura Dern plays Pippi as an unstable, temperamental person who does not own to her past mistakes but tries to rebuild her future life. Isabella Amara gives an honest performance of a bullied teenager Claire who is confused about her past but then comes to accept it. Good supporting performances are given by Margo Martindale as Alta, in a brief coffee shop scene; and by Judy Greer as Shelly, Wilson’s dog sitter, who displays compassion and understanding to his situation.

Overall the film is a dated comedy about serious subjects, directed in a superficial manner, on its way to DVD land.