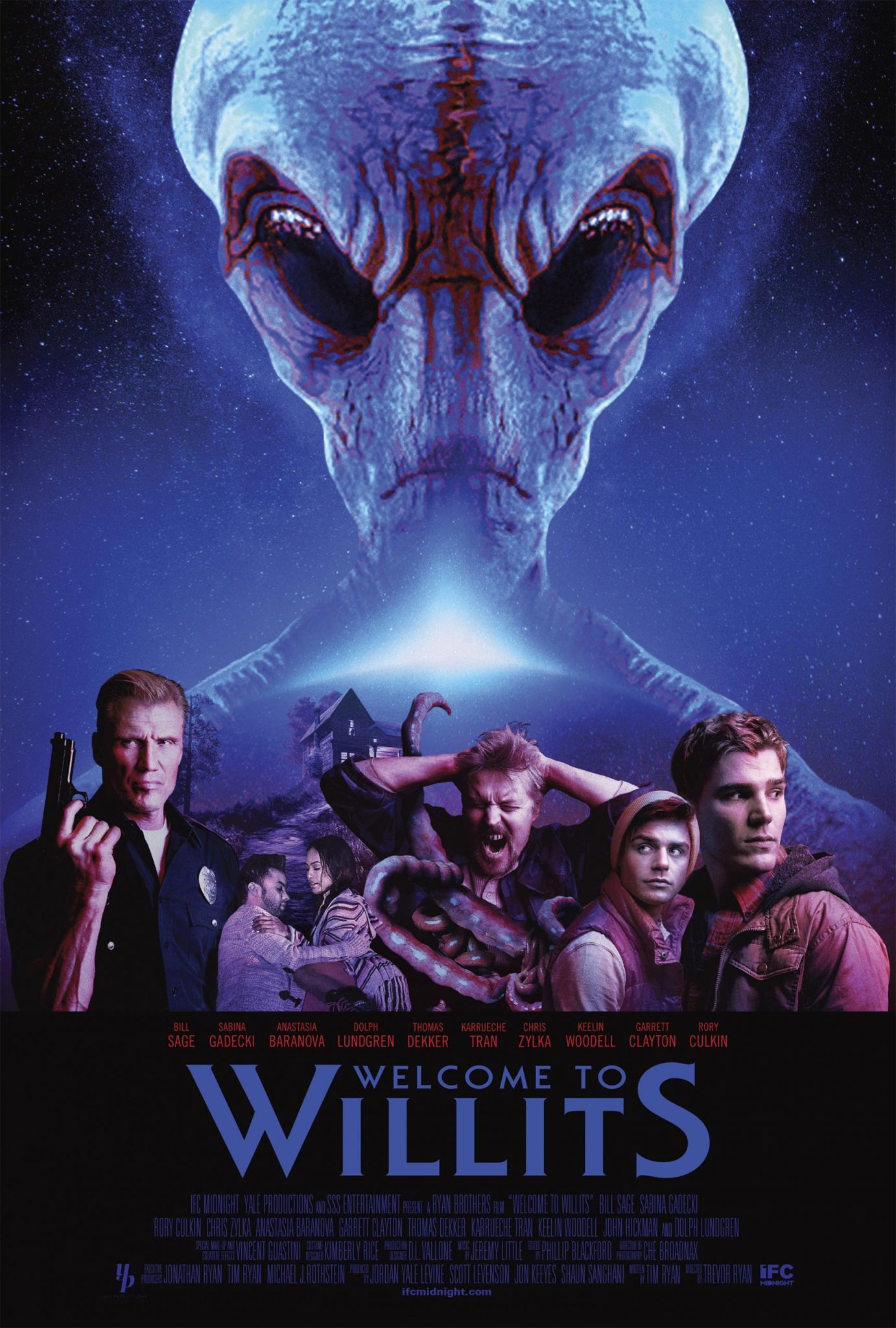 Aliens and clueless campers are colliding in horrifying ways in the upcoming horror film, ‘Welcome to Willits.’ To highlight the terror that the menacing foreign beings are unleashing on their unsuspecting human targets, IFC Midnight has unleashed the official trailer and poster for the sci-fi movie. The assets are helping promote the drama’s American release into select theaters, as well as on VOD and digital platforms, on September 22.

IFC Midnight has released the following synopsis for ‘Welcome to Willits’:

Deep in the woods of Northern California lies the off-the-grid town of Willits, which is a haven for marijuana growers, meth addicts and conspiracy theorists. When a group of vacationing friends unknowingly set up their campsite on the property of Willits’ most disturbed resident—a psychotic and drug-addled pot farmer who’s convinced extraterrestrials are out to get him—they’re in for a bad time.