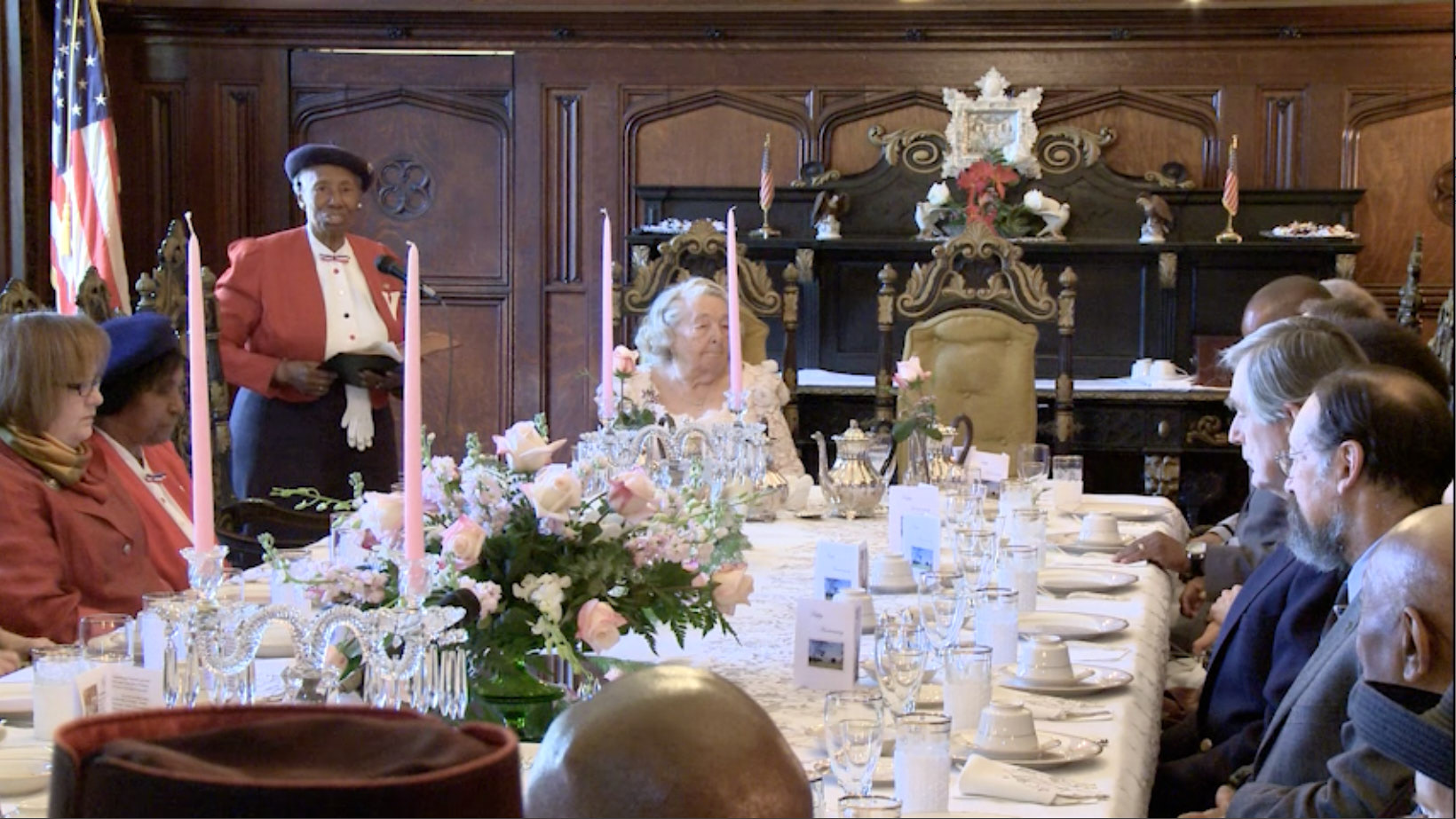 Lenny Feinberg’s ‘Father’s Kingdom,’ presented at the reputable DOC NYC Film Festival, depicts an evangelical figure of the past who seems to have been forgotten by history: Father Divine.

Father Divine was an African American spiritual leader, who founded the International Peace Mission movement at the very beginning of the 20th century. It all began in New York City and it was during the thirties that Father Divine and his ideas were most acclaimed. Eventually the headquarters of Father Divine’s movement were relocated to Philadelphia, at Woodmont, a grand 73-acre Gladwyne estate.

This preacher was a rather controversial figure. On one side he encouraged positive thought, fighting against racism, encouraging patriotism and advocating for gender and economic equality; but on the other hand he strictly imposed upon his followers a doctrine of chastity (whereas he was married twice), thriftiness and communal living. The most disconcerting trait of this figure, was that Father Divine proclaimed that God came first as a Jew and second as a “Negro” (himself), and demanded his followers to address him as a deity.

‘Father’s Kingdom,’ delicately explores the successes of the passionate civil rights leader and the many questions that surround him. Newsreel footage and old photos intertwine with interviews to the last surviving members of the International Peace Mission movement. About a dozen octogenarians still live in the mansion on the Main Line and attempt to keep Father Divine’s legacy alive, living in celibacy and isolation according to the movement’s code.

Lenny Feinberg finds the proper balance to provide audiences with an impartial snapshot of a man, who was shady as much as he was radiant. The filmmaker’s previous films also explore fascinating Pennsylvanian stories with a global significance, that have been forgotten by contemporary generations. ‘The Art of the Steal’ followed the struggle for control of Dr. Albert C. Barnes’ 25 billion dollar collection of modern and post-impressionist art, and how the collector’s last wishes (expressed in his will) were disrespected. Whilst ‘Black and White, and Dead All Over’ investigated on the demise of American print journalism, by following Pulitzer Prize-winning journalists for the Philadelphia Daily News newspaper.

Feinberg’s latest cinematic tale ‘Father’s Kingdom,’ once again utilizes inductive reasoning, focusing on individual instances to make his audiences ponder upon universal themes. The cinematic exploration of Father Divine’s phenomenon thusly triggers reflections upon the essence of religion itself and how humans have the urge to believe in something, whether it is a faith rooted in tradition and history or whether it is a new kind of cult guided by a charismatic leader.