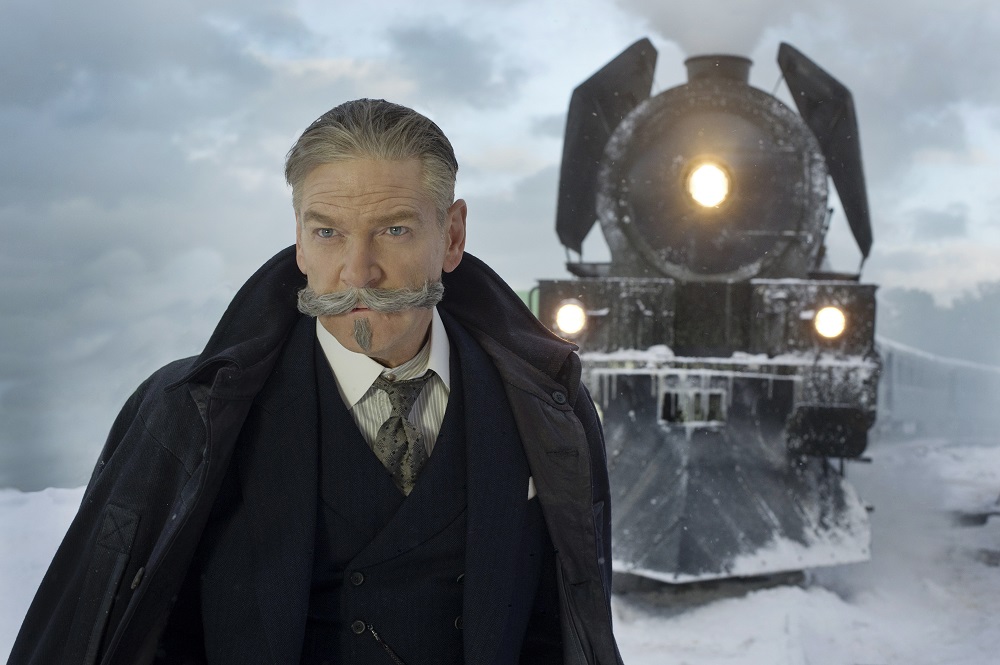 Title: Murder On The Orient Express

The fascination of 70 mm will seduce the cinephiles, who nostalgically long for the celluloide of motion pictures. Kenneth Branagh, opts for the old-fashioned medium to reprise an Agatha Christie classic, wearing both the hat of director and that of lead character, playing the Belgian detective Hercule Poirot.

‘Murder On The Orient Express’ was first published in the United Kingdom by the Collins Crime Club in 1934, and has ever since been a classic detective story, that was adapted in a variety of ways, from BBC’s radio play to the 1974 movie directed by Sidney Lumet – to mention a couple.

The angles that Branagh chooses to shoot his scenes are remarkable. We get acquainted with all the travelers of the train through a long shot that follows them from outside the windows of each wagon. And as the mystery builds up we observe the scene from above their heads. These choices enhance the sense of claustrophobia that is required for a thrilling storytelling. While the  answer to the charade will be revealed by Poirot within an incredibly theatrical mise-en-scène – to remind us of Branagh’s skillful stage expertise.

The transparent flammable plastic made of camphor and nitrocellulose, comes alive, in this extraordinary remake of ‘Murder On The Orient Express,’ and the magic is bound to continue, since the last scene sets up the announced sequel, ‘Death on the Nile.’