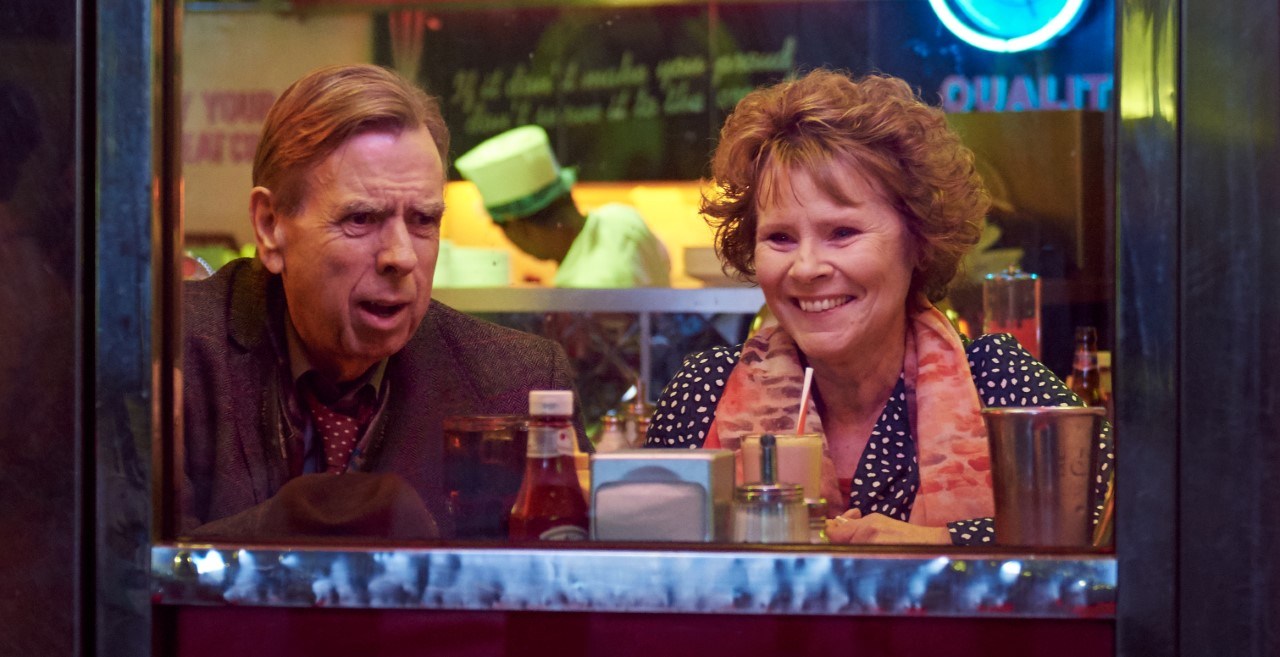 Photo from the film Finding Your Feet.

The 35th edition of the Torino Film Festival opened with vigorous fun. The British musical comedy, ‘Finding Your Feet’ conveys the message that it’s never too late for a fresh start. Director Richard Loncraine, who has spanned from Shakespeare  (‘Richard III’) to blockbusters (‘Wimbledon’), experiments with new ingredients: the elderly generation, dance routines, and cross-class alliance.

We follow the transformation of an unstuck trophy wife: ’Lady’ Sandra Abbott (Imelda Staunton) seeks refuge in London with her older sister Bif (Celia Imrie), when she discovers that her husband (John Sessions) has been having an affair for years. In the new environment Sandra is a fish out of water. The social status of Bif’s friends is very different from the high society she is accustomed to and her sibling’s free spirited attitude couldn’t be farther from her restrained demeanour. However, the power of dance will provide an awakening for the former Lady, as she engages with her sister’s pals, Jackie (Joanna Lumley), Ted (David Hayman), Charlie (Timothy Spall) and develops a romance with the latter.

Imelda Staunton is incredibly apropos for the lead role, considering that in the course of her career she has gathered four Olivier Awards for her musical theatre performances. Whilst, Timothy Stall’s versatility and Celia Imrie’s jest provide depth and humour to this third-age coming-of-age story.

Richard Loncraine gracefully narrates a foreseeable story of renewal, sprinkled with entertaining dance routines and self-righteous morals. Audiences will be moved, amused and inspired effortlessly, throughout the vision. If dancing has the fame of being healthy and healing, ‘Finding Your Feet’ truly attests how a group of energetic third-agers can live a second youth. Even though the film may seem to play on cliched heartstrings, it serves as  a strong reminder of how companionship must be equanimous and uplifting.