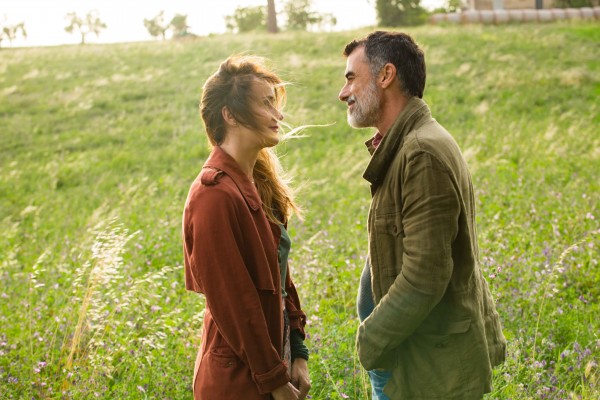 Francesca Comencini is an Italian film director and writer, sister of filmmaker Cristina Comencini and daughter of the legendary Luigi Comencini (who was considered amongst the masters of the “commedia all’italiana” genre, together with Dino Risi, Ettore Scola and Mario Monicelli).

In her previous movies, Francesca, explores the rollercoaster of love and the nuances of strong women once they let go of their defenses. In her latest film ‘Amori Che Non Sanno Stare Al Mondo’ (Stories of Love that Cannot Belong to this World) – presented at Locarno Film Festival and at the Turin Film Festival – she delves into the way an independent woman can be overwhelmed by the withering of a relationship.

Claudia (Lucia Mascino) and Flavio (Thomas Trabacchi) were in an all-encompassing and intellectually stimulating passionate affair for seven years.  After breaking up and getting back together for several times, their love story comes to an end, as the two drift apart. However we see that Claudia has a harder time acknowledging the fact that this relationship is over for good.

The themes in the film are common to all spectators. However the lead character is taken to an extreme, with her paranoia and moodiness, that she becomes utterly irksome and incapable of inciting any sympathy, even less empathy. Audiences will start to feel sorry for Flavio and wonder why it took him so long to call the whole thing off. While he ties the knot with a young girl Giorgia (Camilla Semino Favro), in a May to September romance, Claudia has a lesbian adventure with ex-student and exotic dancer Nina (Valentina Bellé). This comes across in a strident way, belittling sexual and sentimental orientation. It almost seems like Claudia swings to another gender due to a love delusion, rather than because it reflects her essence of being.

Aesthetically the film has some alluring instants. There are some beauteous moments where old black and white footage, intertwines with the narrative, almost to evoke a time when feminism had not yet tangled gender roles. This is the core of the film: we follow a feminine perspective, but unfortunately not an affranchised version of it. In ‘Stories of Love that Cannot Belong to this World,’ we observe the cliched psychoneurotic version of womanhood. Claudia’s insecurities and emotional swings are too overblown, making the film’s gender analysis implode.

The redundancy of Comencini’s feminist lesson climaxes in an oneiric scene about the heterosexual capitalist sexual marketplace, where an androgynous-female-professor sums up the sexual value of a middle-aged woman, taking into account factors like divorce, unemployment, children and plastic surgery. Despite the wittiness of this scene, along with some of the characters’ streams of consciousness (that highlight the post-traumatic moments of a break up) Claudia’s hyperbolism spoils it all.