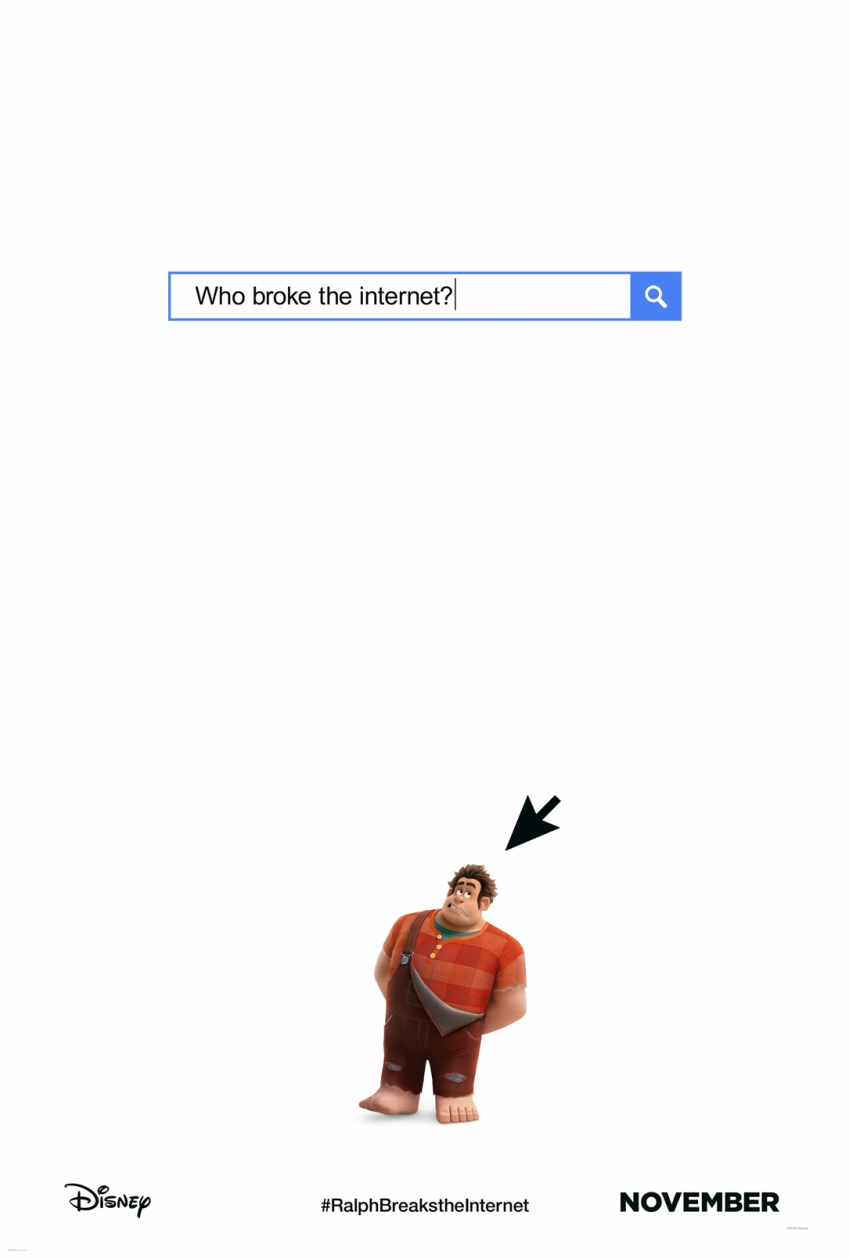 In 2012, “Wreck-It Ralph” took audiences by storm in a new era of Disney Animation. And now, its sequel Ralph Breaks the Internet: Wreck-It Ralph 2, we’ll see our favorite video game character at it again! Check out the new teaser movie poster above:

Taking place six years after the events of the first film, the story will center on Ralph’s adventures in the Internet data space when a Wi-Fi router gets plugged into the arcade as he must find a replacement part to fix Sugar Rush. Along the way, Ralph and his best friend Vanellope von Schweetz encounter new customs, worlds, and characters, such as the trendy algorithm Yesss and the Disney Princess lineup.