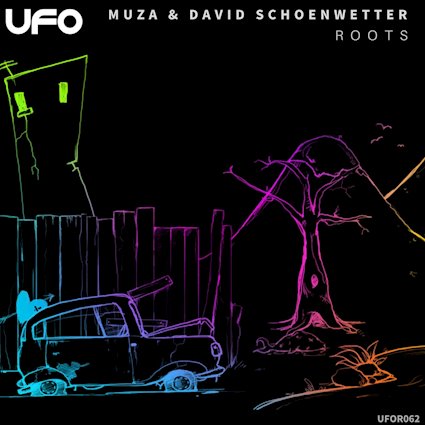 Hailing from New York City, the duo of Muza & David Schoenwetter takes a unique approach to creating music for a wide audience. The team’s music spans various genres like hip-hop, soul, EDM, some trap music, and pop and infuses it in a melting pot with dash of styles from around the world. While it might sound like a recipe for disaster, somehow Muza (whose real name is Muzahid Abdullah) & Schoenwetter make it work as a viable sub-genre, especially in their latest single “Root.”

The duo had a very interesting songwriting process with “Root.” Instead of creating the groundwork of a song like drum work and a beat, Muza wrote the lyrics first and brought his work to Schoenwetter, who created the music on top of it. As a result, the lyrics are front-and-center in this pop tune, which can be felt from line number one.

You can feel the rawness in Muza’s lyrics, which are haunting and a bit biting. It’s about a woman who forgot her “roots” and her humble beginnings. “Leaving behind the real people that stick with them,” Muza described. “And the real memories that made them. In the sense of production we wanted a lot of emotions, something to support the emotional vocals that I sung.”

But don’t count out the music itself. While the lyrics pop with every listen, the music underneath it from Schoenwetter brings the listener into a sense of longing and memory, which really heighten Muza’s words. Schoenwetter gives “Roots” its polish and grace, which could be reflected in the duo’s working relationship. In the end, the single as hints of others in pop, namely Zayn Malik. Hell, this song could have easily been a new single from the former One Direction member.

Song: B
Technical: B-
Overall: B