Amber Heard‘s clairvoyant femme fatale, Nicola Six, is predicting that falling in love is going to end very badly for her, in the newly released red band trailer for her upcoming hyper-stylized crime thriller, ‘London Fields.’ As the trailer repeatedly claims, everyone wants the actress’ character, Nicola Six; the female protagonist in the movie is constantly turning the heads of, and garnering unlimited attention from, several of the male characters, who are played by Billy Bob Thornton, Theo James and Jim Sturgess.

‘London Fields’ is the film adaptation of the acclaimed 1989 novel of the same name by Martin Amis. The drama was directed by Mathew Cullen, and its script was written by Roberta Hanley. The thriller is set to be distributed in theaters in August by Paladin.

In celebration of the release of ‘London Fields’ trailer, Shockya is offering one lucky winner two tickets through Fandango to see the movie in theaters through. To enter, email, us at ShockyaGiveaway@aol.com. Let us know that you’re entering to win the ‘London Fields’ theatrical ticket giveaway in the email’s subject line and message. You have until Monday, July 2 to enter, and you can enter the contest once daily. After July 2, we’ll pick the winners at random and notify them through email. Good luck!

The following synopsis has been unveiled for ‘London Fields’:

Recently arrived in London in the hope of writing one last book before succumbing to a fatal illness, American author Samson Young (Thornton) falls in with a cast of characters who just might give him the story he is looking for. First, there is Keith Talent (Sturgess), a small-time crook and dart player who’s always on the lookout for his next scam. Then there’s Guy Clinch (James), an upper class banker who hangs out at the local pub, as he searches for distraction from his boring life, his spoiled wife and their monstrous toddler.

Then Nicola Six (Heard) walks walks into their lives. She’s a spectacularly beautiful woman-of-mystery who instantly ensnares all three men with her charms. Of course, Keith and Guy want to possess her, but Sam sees something else in Nicola-the heroine of the book he so desperately wants to write. Following, studying and watching her become a different woman, depending upon which man she is seducing, Sam starts weaving a tale, based on Nicola, or Nicola as he imagines her to be.

Sam also discovers that the reason Nicola lives like there’s no tomorrow is that she’s fed up with her life, and has secretly been plotting her own murder. Now that Sam knows the climax of his story, the only question is who will the murderer be? Is it Keith, the criminal; Guy, the millionaire; or Sam himself, who’s a dying man practicing a dying art, who will do anything to end his book—and his life—with a big bang? 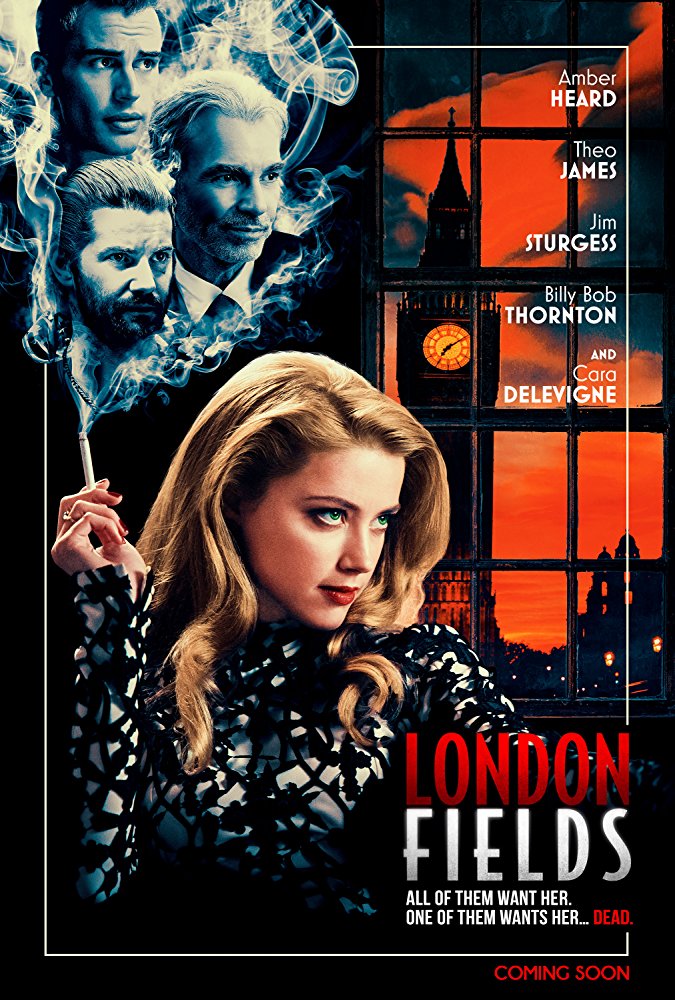