Many studios understandably wait to distribute many of their most prestigious movies closer to the end-of-the-year holidays, in hopes of garnering attention for the major awards season after the beginning of the new year. But the summer season is also a noteworthy time for cinema fans, and summer 2019 is promising to be no different. The upcoming summer months promise to be the latest season set to release gripping, entertaining and memorable films.

The summer 2010 movie season is set to begin early, as director Justin Kelly’s biopic, ‘J.T. Leroy’ will be distributed in theaters and on Digital and On Demand on April 26 by Universal Pictures Content Group. Kelly and Savannah Knoop co-wrote the script for the drama, which stars Kristen Stewart, Laura Dern, Jim Sturgess, Courtney Love and Diane Kruger. ‘J.T. Leroy’ follows the life of Knoop (who’s played by Stewart), as she spends six years pretending to be the celebrated title author and cult status character, who’s the made-up literary persona of her sister-in-law , Laura Albert (Dern).

‘El Chicano’ follows L.A.P.D. Detective Diego Hernandez (Castillo) as he’s assigned a career-making case investigating a vicious cartel. But along the way, he uncovers links to his brother’s supposed suicide and a turf battle that’s about to swallow his neighborhood. Torn between playing by the book and seeking justice, he resurrects the title masked street legend. Now, out to take down his childhood buddy turned gang boss, he sets off a bloody war to defend his city and avenge his brother’s murder.

Another intriguing movie that’s garnering attention through determined persuasion is the comedy, ‘The Hustle,’ which MGM will distribute in theaters on May 10. The film was directed by Chris Addison and written by Stanley Shapiro, Paul Henning, Dale Launer and Jac Schaeffer. Anne Hathaway and Rebel Wilson star as female scam artists, one high class and the other low rent, who team up to take down the dirty rotten men who have wronged them.

Another high-octane movie that’s generating sparks is the action thriller, ‘Avengement.’ The project was directed by Jesse V. Johnsons, who also co-wrote the script with Stu Small. The drama reunites the filmmmaker with actor Scott Adkins, who he previously collaborated with on such action projects as ‘Triple Threat,’ ‘The Debt Collector,’ ‘Accident Man’ and ‘Savage Dog.’

In addition to Adkins, who also served as a producer, ‘Avengement’ also stars Craig Fairbrass, Nick Moran, Thomas Turgoose, Kierston Wareing and Louis Mandylor. The feature will be released in theaters and on Digital on May 24 by Samuel Goldwyn Films.

‘Avengement’ follows a lowly criminal after he’s released on furlough from prison, evades his guards and returns to his old haunts to take revenge on the people who made him a cold-hearted killer. He goes an an epic, bloody battle to search for the soul he lost years ago on the streets of an unforgiving city.

Another movie that’s set to garner attention is the crime thriller, ‘Domino,’ which is set to be distributed in theaters and On Demand on May 31 by Saban Films. The project was directed by Brian De Palma and written by Petter Skavlan, and stars Nikolaj Coster-Waldau, Carice van Houten and Guy Pearce.

Set in a world wracked by terror and suspicion, ‘Domino’ follows Copenhagen police officer, Christian (Coster-Waldau), who seeks justice for his partner’s murder by an ISIS member named Imran. On the hunt for the killer, Christian and a fellow cop are unwittingly caught in a cat and mouse chase with a duplicitous CIA agent, Joe Martin (Pearce), who’s using Imran as a pawn to trap other ISIS members. Soon Christian is racing against the clock to not only seek revenge, but also save his own life.

The summer is set to end on a pulsating note with the horror thriller, ‘Tone-Deaf,’ which is set to be distributed in theaters on August 23, and will also receive a Digital and On Demand release by Saban Films. The project was written and directed by Richard Bates, Jr., and stars Robert Patrick, Amanda Crew, Hayley Marie Norman, Johnny Pemberton, Nancy Linehan Charles, AnnaLynne McCord, Keisha Castle-Hughes, Ray Wise and Kim Delaney.

‘Tone-Deaf’ follows millennial Olive (Crew) as she loses both her job and latest dysfunctional relationship. So she decides to leaves the city for a weekend of peace in the country, only to discover the shockingly dark underbelly of rural America. She rents an eccentric, ornate country house from Harvey (Patrick), an old-fashioned widower who’s struggling to hide his psychopathic tendencies. Soon two generations collide with terrifying results in this home invasion horror film that is also a darkly comedic critique of the bizarre cultural and political climate that currently exists. 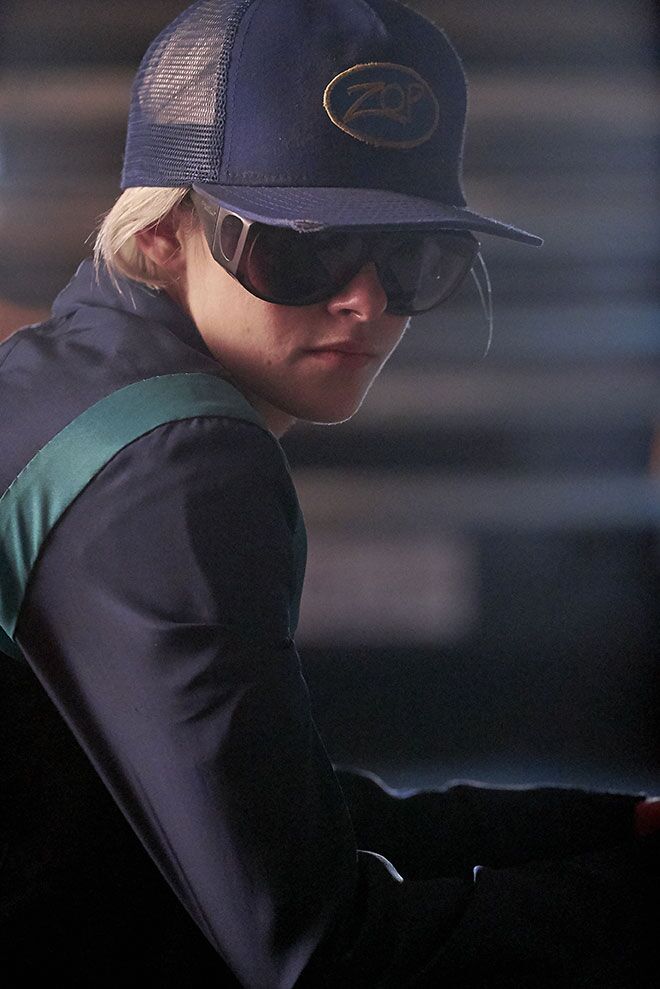