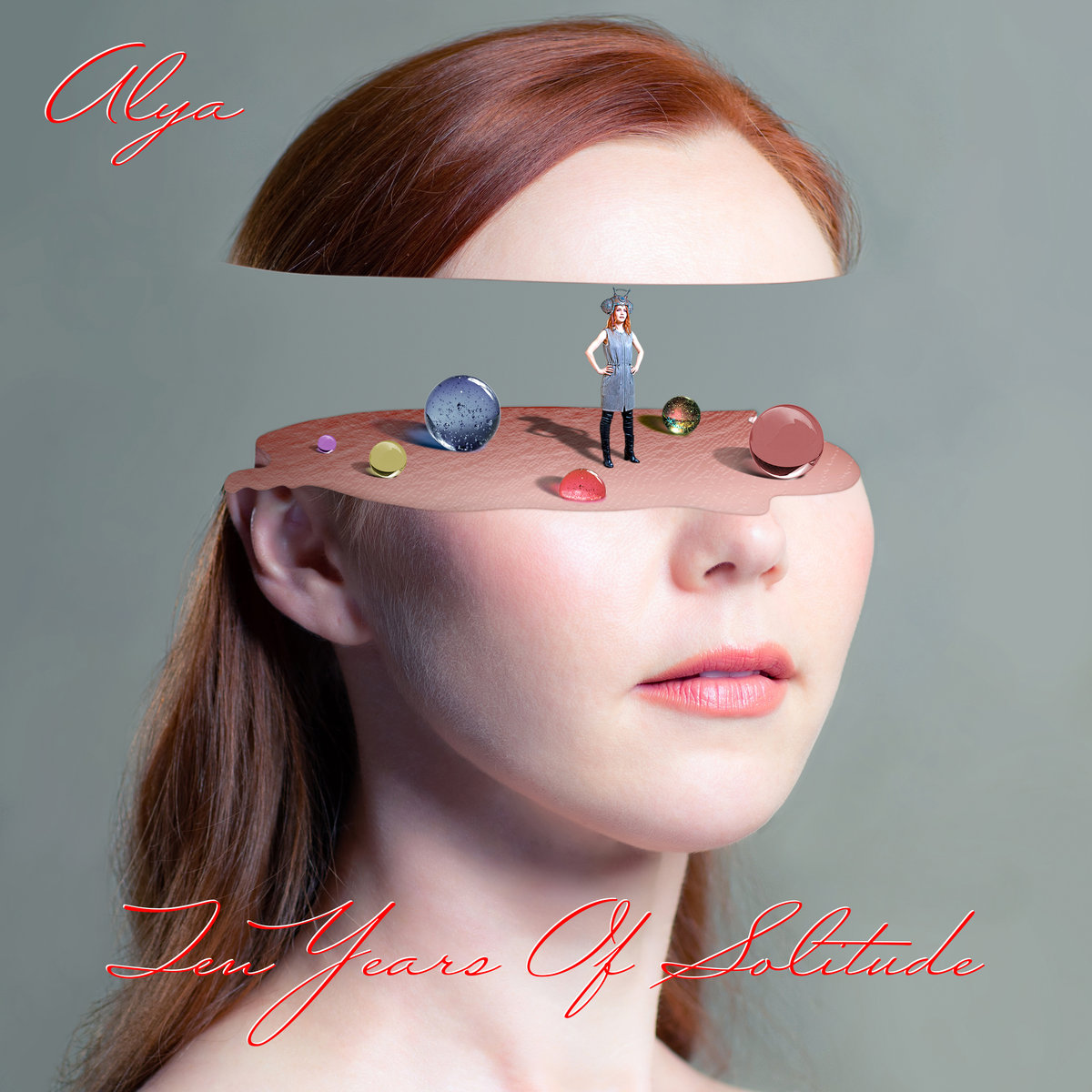 Always maintaining a sense of self-assurance is important for everyone, especially for those who are embarking on a new emotional and/or literal journey. Versatile singer-songwriter Alya is doing just that as she promotes her recently released 10-track debut album, ‘Ten Years of Solitude,’ which chronicles her empowering story about her pilgrimage of becoming a musician.

Each song on the record, no matter how different and unique they are from each other, tells a vital part of her story and background, particularly in how she made the transition from being a journalist to a singer. The Russian-born, Los Angeles-based artist became so fearless in her quest to become a musician that she now lives life without fear, boundaries or rules, and accepts herself in an equally meaningful and vulnerable way.

‘Ten Years of Solitude’ will instantly capture listeners’ attention, as it bravely experiments with such diverse genres as rock, jazz, pop and classical. The album immediately draws on, and draws out, emotions that everyone can relate to, from love and hate to joy and fear and tranquility and anger.

Alya’s debut album begins with the sophisticated and pulsating entry, ‘Animals,’ which features a stunning and whirling drum beat and strings. The stimulating instrumentation supports the singer’s dynamic vocals. Setting up the spirituality that drives the themes that are presented in the record’s succeeding songs, the initial track features Alya passionately crooning about her mystical roots and other diverse ancient themes, which influence her to yearn to find the truth in all situations. The electronic-fueled rock ballad, which has the potential to be powerfully performed live, features the musician crooning about how there’s a whole world waiting for people to explore, and truly feel alive in.

‘Animals’ then transitions into ‘Ten Years of Solitude’s indie-folk-fusion-inspired sophomore tune, ‘Seven,’ which is one of the best entries on Alya’s first record, and features intriguing electronic beats. The singer captivatingly emotes that she doesn’t know why she wants to set the person who’s in her life free, and give them seven lives, but she feels that she must do so, in order for them both to be truly liberated. The song’s innovating sound gives it the potential to become a mainstream radio hit single.

Another enthralling track on Alya’s debut album is its fifth entry, ‘Puppet Strings.’ The indie tune includes passionate folk strings that lead into intense rock drum beats. Featuring a Tory Amos ’90s vibe, the song is nostalgic of simpler times, as the musician reflects on where she currently is in her life.

The diverse and distinct track, ‘Colorful Dreams,’ which is the tenth and final entry on the singer’s first record, helps ‘Ten Years of Solitude’ end on a powerful note. The tune begins with a soothing jazz-inspired introduction that features a soulful piano and passionate vocals. The introduction then surprisingly transitions into an electronic-fueled beat that captivatingly supports Alya’s confidence to pursue her dreams. She proclaims that she wants to close her eyes and have faith that her dreams will come true, which powerfully highlight her determination to succeed in her new career.

‘Ten Years of Solitude’ is a stunning culmination of Alya’s journey to make the transition into being a musician. She effortlessly proves what an adept innovator of experimental sound she is, as she writes and sings songs that expertly blend distinct styles and influences in the indie, pop, folk, electronic, rock and fusion genres. As an immigrant to America several years ago, she has something important to say, and a unique perspective, about relationships and how people view others who are from different backgrounds. Each track on her debut album emotionally chronicles her emotional journey to find her feelings of self-acceptance and worth in an ever-changing world.