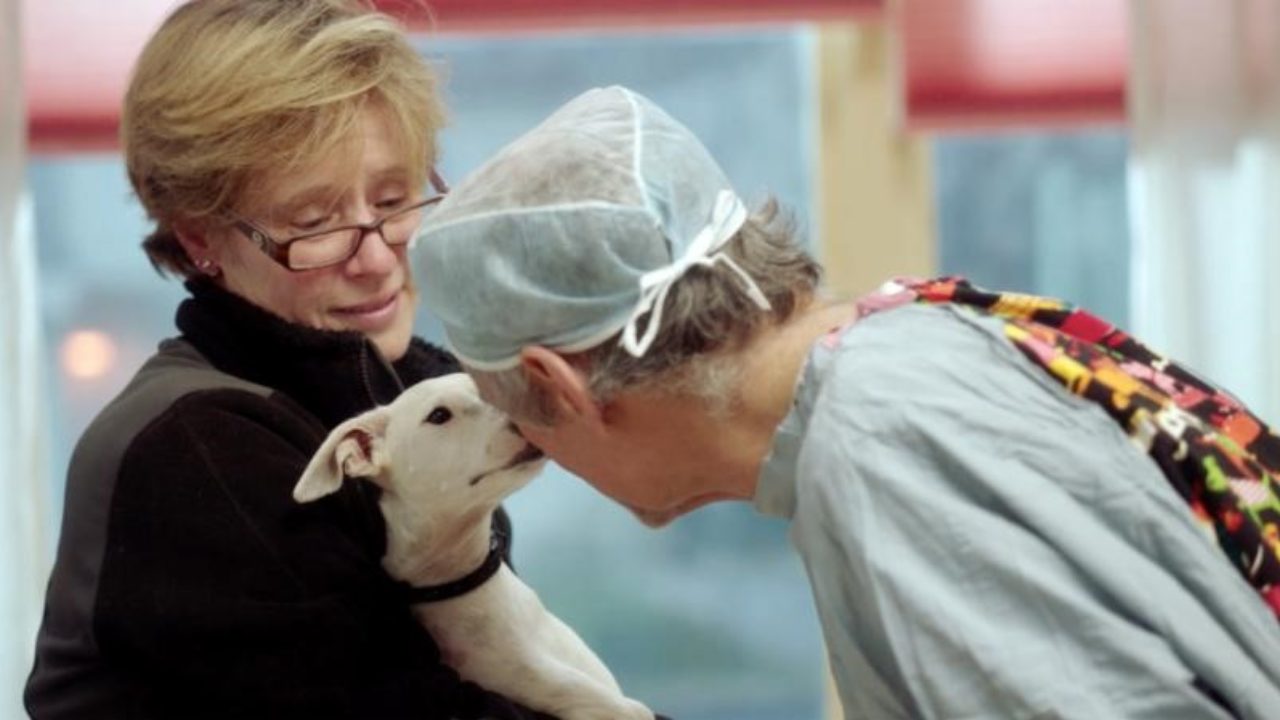 If you don’t believe that Dr. Marty Goldstein should be Time magazine person of the year, maybe you just don’t like dogs. Dr. Marty presides over dogs and their human companions in Westchester County, New York, in the Hamlet of North Salem, with a population of under 10,000 people and maybe one thousand dogs or more. (Fifty percent of homes in the U.S. have at least one dog.) The town is populated by well-heeled folks with a median household income of $154,000, so these are not the kinds of people who would euthanize their dogs and cats if their pets needed veterinary care beyond the usual check-ups. Here in New York City, dog lovers flock to the Animal Medical Center on the Upper East Side, a wonderful facility with a staff able to treat every kind of illness, but it’s a large place, confusing to people entering the first time with a sick animal. On the other hand, Dr. Marty’s facility looks from the outside like a large ranch house, but inside, the place is teeming with dogs and cats and their humans, and with a considerable staff of licensed veterinary technicians.

Dr. Marty does not dress in the traditional white coat that has been known to raise dogs’ blood pressure, but come across as somewhat hippie-ish with colorful garb, an adult version of his student days at Cornell, with a class picture showing him as one of the few classmates with a thick hair and lush beard.

So what’s the deal with this animal doctor that makes him not exactly sui generis, but at least among a minority of people in the profession who believe in alternative medicine as adjunctive to conventional treatments? He takes blood, and based on each dog’s size and weight and age, he recommends treatments, whether the animals are afflicted with jaw bone cancer, arthritis, or a terrible response to a vaccination. If you read about his veterinary clinic, your first thought would be that the doc could be a quack. He is suspicious of vaccines but is not against the procedure unless the dog stepping up for the needle is already afflicted with disease. Why give unhealthy dogs more bacteria?

In short, he believes in letting the dogs’ immune systems help them naturally, and to boost the immune system, he may prescribe nutritional supplements, acupuncture, and homeopathic injections. If a dog has bone cancer, he demonstrates liquid nitrogen to freeze the cancerous tissue, thereby saving Petey’s natural jaw formation. If a dog has blastomycosis like Waffles, a white dog of mixed breed whose energy is close to zero, you emphathize with his human mom, who saved him when he was dumped on the road. She is determined to do everything she can. “I don’t want to lose him,” she says, with tears in her eyes. Count her as a huge supporter of Dr. Marty and Dr. Ruskin, who administered Vitamin C to support Waffles’ immune system.

He does not promise miracles for dogs who have metastatic cancer, but he can help by extending their lives. In one case a dog given five months to live is still around three years later thanks to alternative treatments.

Like some of the celebrated nutritionists advising people on how to boost their immune systems with vitamins and minerals, he thinks little of the corporate-sponsored dog foods, whose products, loaded with chemicals, may lead off with corn and wheat. He counters with “Since when do dogs go to bakeries for their food?”

Dr. Marty is a personable fellow, the kind you would want to trust immediately. He listens. He asks about each patient’s history. In a lecture at Cornell, he holds a class of veterinary students in his alma mater in the palm of his hand, pushing his philosophy of using alternative medicine in addition to conventional treatments, and sometimes abandoning traditional medicine altogether depending on the patient.

The best dog movies are sentimental dramas, with “Lassie Come Home” as my personal favorite. But in this case, Marty shows that a documentary can be as charming, enlightening, even sentimental, as the best of the narratives. Director Cindy Meehl, who founded Cedar Creek Productions, is in her métier, having directed an earlier film “Buck,” about Buck Brannaman, who suffered abuse as a child and went on to become a famous horse whisperer.