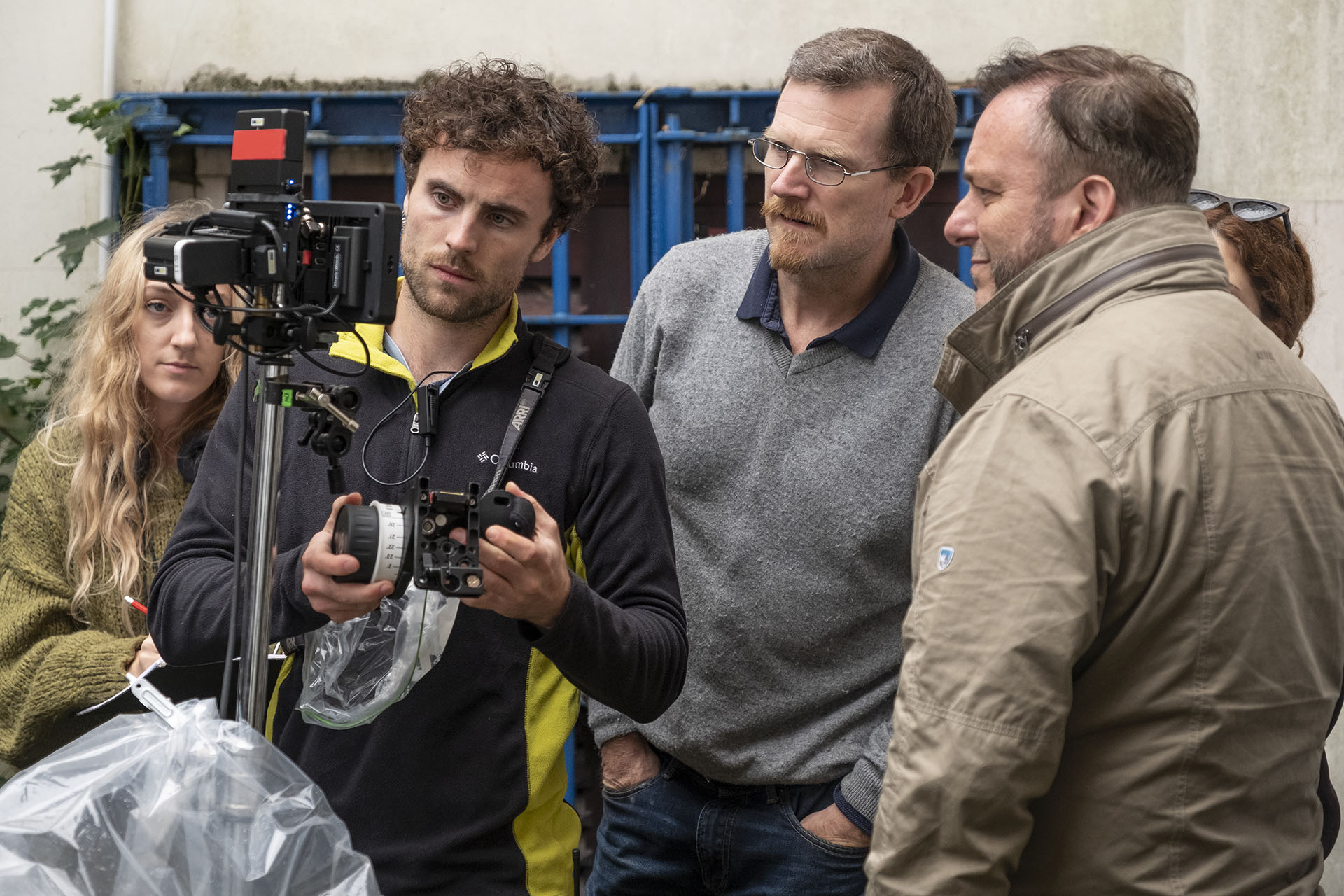 The process of humanizing a person who’s determined to carry out a violent act of revenge can be a challenging, bu equally rewarding, one for filmmakers. While many movies in the action genre usually thrive on having its anti-hero solely committed to seeking vengeance after they’ve been wronged, even at the expense of their friends, family, jobs and health, some instead uniquely focus on how the dark human endeavor inspires them to change for the better. That’s certainly the case for actor-producer Scott Adkins‘s troubled protagonist in the new action-thriller, ‘Avengement.’

The movie was directed by Jesse V. Johnsons, who also co-wrote the script with Stu Small. The drama reunites the filmmmaker with Adkins, who he previously collaborated with on such action projects as ‘Triple Threat,’ ‘The Debt Collector,’ ‘Accident Man’ and ‘Savage Dog.’ Samuel Goldwyn Films is releasing ‘Avengement’ today in theaters and On Demand and Digital.

‘Avengement’ follows Cain Burgess (Adkins), a lowly criminal who evades his guards while released on furlough from prison. During his escape, he returns to his old neighborhood to take revenge on the people that made him a cold-hearted killer. It’s an epic, bloody battle to search for the soul he lost years ago on the streets of an unforgiving city.

Johnson generously took the time recently to talk about co-writing and directing ‘Avengement’ during an exclusive phone interview. Among other things, the filmmaker discussed that he was drawn to bring this story to the screen because characters who embark on a mission of redemption also appeal to him. He also revealed that he appreciates the working relationship he has with Adkins, as there’s a lot of trust between them.

The conversation began with Johnson describing the process of co-penning the script for ‘Avengement’ with Small. “The script was written quite a long time ago. I’m from a rough-and-tumble part of England, and have always been obsessed with the gangsters who buy houses in the East End of London. It’s a way of life that’s romanticized by many teenage boys in the U.K. There’s an element of rebellion to it that defied authority. But as you get older, you realize it’s really grim,” the writer divulged.

Johnson also noted that characters who embark on a mission of redemption also appeal to him, and “is a fantastic way to frame this type of story. That has always been the very genesis of this film.”

The filmmaker added that he was holding onto the script for about five years before it went into production, in part because he never found the right actor to play the character of Cain. But after working with Adkins on their previous projects, “I realized that he could play the part. So I bugged him to read the script, but he put itme off,” he admitted with a laugh. “I don’t think he really wanted to play a gangster. In his mind, he couldn’t see how that would work with his physical skill set in martial arts…Also, at the time, his wife was about to have their second child, so he didn’t want to leave the U.K. But he eventually asked me, ‘Do you have anything set in England?’ So I gave him this script, and he ended up loving it,” Johnson revealed.

At the time Adkins agreed to star in ‘Avengement,’ the story had to be rewritten. “Stu Small, who’s a great friend and collaborator of ours…jumped on board, and did a thorough update. He changed things around and really brought things out of its shell. We worked on it, and realized that we had something that’s really rather fun. The character wasn’t good for Scott when he had read it two years earlier, but it was good for him after the re-writes,” the scribe confessed.

Adkins “reached a point in his acting that he felt that he could pull this role off. It’s quite a big character arc that Cain goes through, and we all rather enjoyed the process. He’s a man who’s not only emotionally scarred, but by the third act, he’s physically broken and wounded. I think Scott really pulled this character off, and it’s his best work to date.”

Johnson cherishes the working relationship he has with Adkins, as “there’s a lot of trust between us. But we also argue like kids. You have to do that to build these types of characters…I started to realize why filmmakers work with the same actors over and over again…It’s very easy, for me, when I’m directing Scott, because he handles the action shots so well. He can get through the set-ups in one take…and is very aware of the camera’s positioning, and the coverage that’s required, which makes it easier while we’re filming,” the director admitted.

The filmmaker added that Cain “was initially going to be more physically scarred, and perhaps have a scar on his face. We did some make-up tests, but decided it was too much. The final design was one that I sketched out. I drew a big picture and put it on the wall of the production office, so everyone could get a rough idea of what we were going for,” in terms of the main character’s look. “I do a lot of storyboarding, so I’m good at drawing. The make-up people saw that, and did a very good job of piratically creating the design that I drew.”

At one point, Johnson even had the idea that Adkins should play the roles of both Cain and Lincoln Burgess, who was ultimately portrayed by Craig Fairbrass in the thriller. “We were going to use doubles and visual effects to be able to do that. But as we got closer to the production, we realized that it wasn’t going to be practical, because we had a very short shooting schedule. It was going to be a challenge for him to play one role, let alone two,” the helmer admitted. “Thankfully, we went with Craig, who’s phenomenal.”

Now that production on the drama is complete, the experience of being able to release ‘Avengement’ in theaters, as well as On Demand and Digital, is one that the filmmaker feels is beneficial for an independent movie like this one. “We’re going up against films that have $150 million budgets,” he pointed out. “We made this film on a tiny fraction of that amount, so releasing it into theaters is very tough. Since we don’t have as much of an advertising budget as the bigger films, not as many people know about it, so we won’t fill as many theaters.

“In the old days, you could run B movies next to A movies in theaters until they found their audience. But now, there are more movies being made, so there’s more competition in the theaters,” Johnson explained. “If indie films don’t find their audiences in theaters within a week, they’re replace by the next movie. So we now see these limited theatrical releases as forms of advertising for the VOD and Blu-ray releases that come immediately after. We have a limited theatrical release for this one, just like my last film, ‘Triple Threat,’ which was successful.” He added that as an independent filmmaker, he has to “make content that stands out on its own, and that the action is interesting, unique and authentic, so that audiences talk about it. That’s our challenge.”