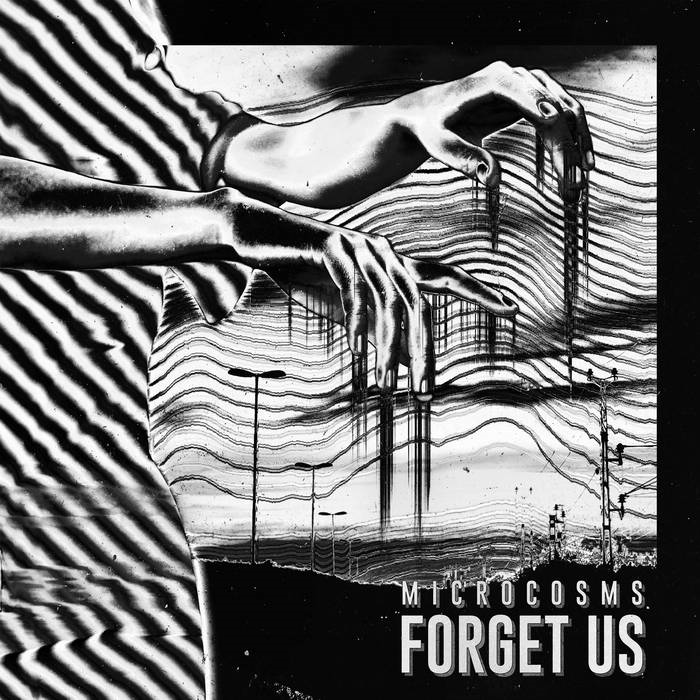 The cover art for the Microcosms’ alt-rock single, ‘Forget Us.’

The seemingly most fundamental ideologies in life are meant to be pondered by even the most steadfast believers. From such vital societal concepts as religion, the universe and the cultural mindset to an introspective exploration into what people want to do with their lives, it’s vital for people to question their beliefs throughout their emotional journeys. That important quest is powerfully highlighted on ‘Forget Us,’ the recently released single from Chicago-based alt-rock band, Microcosms.

The fiery song, which was written by the trio, is a socially conscious exploration into the musicians weighing their passions, and how they fit into the expectations of staying on the path people have long been conditioned to accept. Microcosms’ singer and guitarist, Andrew Tschiltsch, has explained that the punkish and intense track was inspired by him questioning his place in the world, and wanting to spend his time doing what he felt would be valuable to society and make him happy.

‘Forget Us,’ which begins with pulsating guitar rhythms and drums beats, features Tschiltsch’s fierce punk-driven vocals. Focusing on the extreme fearmongering that’s plaguing modern society, the group scoffs at those leaders who use fear as a weapon to suppress the people who don’t support them. The introspective lyrics stunningly emphasize the fact that the people in power mainly act to improve their own personal situations, and fail to remember to aid the people they’ve sworn to serve and protect. The band’s singer also fearlessly croons that leaders also amplify society’s smallest fears to cloud people’s minds, and make them lose their focus on what’s really important. While the leaders may pretend like they care, they secretly just build their followers up, in order to break them down.

The seemingly most crucial philosophies in life are meant to be debated by even the most unwavering believers. From such integral societal concepts as religion, the universe and the cultural mindset to an introspective exploration into what people want to do with their lives, it’s essential for people to question their beliefs throughout their emotional journeys. That important quest is powerfully highlighted on ‘Forget Us.’ the Microcosms’ fiery alt-rock tune is a socially conscious inspection into the musicians weighing their passions, and is one of the year’s most important tunes about the state of American culture.