Songs have the magical ability to not only audibly connect musicians with their listeners, but also transcend diverse cultures through their visual sensory when they’re performed live. Versatile band, Rattletree effortlessly does just that through its multi-sensory live shows, which are driven by a distinct mix of electronic marimbas, guitars and drums, as well as ecstatic dance.

Rattletree instrumentalist, Joel Laviolette has dedicated his career to learning the ancient rhythms that have been handed down for generations to awaken his listeners’ soul through the trance-inducing music of Zimbabwe. After spending years living with his teachers in the hills of the African country to learn his craft, he has been granted permission to transmit the rhythms to the world. By infusing the ancient rhythms with the intensity of modern electronic dance music, Rattletree has created a must-see live show experience that’s driven by sound, light and video.

Rattletree’s official 2019 SXSW showcase was held on March 13 at Austin’s Russian House. After being voted Austin’s Best World Music Band in 2015 and 2016, Laviolette decided to once again perform at his hometown music festival, and play a solo Modular synth show. He incorporated traditional Zimbabwean mbira music in to the gig. He also performed through his signature, unique live composition process, during which the music was improvised and created on the spot.

Laviolette generously took the time to sit down at the Bouldin Creek Cafe in Austin for an exclusive interview during SXSW. Among other things, the musician discussed how he finds exhilaration in spontaneously creating music on the spot during his live performances. The Austin-based instrumentalist also shared his appreciation for being one of the official performers during this year’s SXSW, as he cherishes the opportunity to not only play new material for audiences, but also connect with fellow local, as well as out-of-town, musicians.

The conversation began with Laviolette explaining that he became serious about playing music when he was 11. “I was mainly a guitar player then. But later, out of high school, I discovered the mbira, which is a traditional Zimbabwe instrument, and I fell in love with it…I then joined a band and started touring, and learned from everybody I could,” the instrumentalist disclosed. “I then moved to Zimbabwe and studied with a teacher there.”

Laviolette was drawn to the mbira in part because it’s a trance-inducing instrument. “There are a whole bunch of melodies and layers that are going on at the same time. The purpose of that is so people won’t focus in on one thing,” he explained. “I find that you can do something similar with Modular synths, and make all of these different sounds and layers that people aren’t used to hearing. So bringing all of these sounds together isn’t totally crazy to me.”

Using the different instruments in his music is something that Laviolette enjoys while creating and playing his songs, but he no longer has a set, structured process of composing his tracks. “I used to teach the band their parts, and we would bring together a specific piece. The traditional music has a specific set of rules, even though there’s a lot going on. But I was doing that for so long that it wasn’t exciting for me anymore,” he admitted.

But the musician now finds exhilaration in creating music on the spot during his live performances. “I call it live composition. I don’t think of it as improvisation, because I’m still following structures. But it is spontaneous. During the show here at SXSW, I don’t know what I’m going to play,” he revealed. “But I worked out a way for people to call my cell phone and talk to it. Their voices will be routed through the modular, and they’ll be incorporated into the show. That way, people will be able to interact with the show live.”

The tune that Laviolette performed during his SXSW show was created on the spot with everyone who wanted to participate. The unknown aspect of how the act would turn out before he took the stage was intriguing to the instrumentalist. “I’ve been performing for almost 30 years, but I haven’t been excited about it in several years,” he confessed. “I love to perform, but it hasn’t brought this excitement. But with my new style of performing, I finally have that excitement back.”

The musician has performed at the Texas-based music festival for over a decade, and he always enjoys the experience. “I believe this is my 12th SXSW as an official artist. I love SXSW; I live here in Austin, but love that everyone comes here for the festival. There’s such an amazing scene here in Austin. There are a lot of bands who come here from out-of-town, but there’s also a big local scene that’s represented at SXSW, which I think is really cool. We all get to play for folks who have never heard us, and also make new friends, while also seeing old ones again…We’re all trying to help each other, to make sure this crazy thing happens!”

Besides playing his spontaneous shows, including the one at this spring’s SXSW, Laviolette is still recording and releasing new songs. But the way he approaches distributing his tracks has changed over the course of his career. “I was really chasing the traditional release method for a long time, and it’s kind of a grind. It gets tiring after awhile to play the same songs, night after night,” he admitted.

“That’s not to say that the songs will be different each time you play them; they can change, depending on the environment you’re playing in, and the audience that’s watching you play…Right now, I’m trying to make my music as in the moment as I can. But as an artist, I want people to like my music, so to be creating it in the moment, and not knowing what’s going to happen, is a pretty insecure place to be,” the instrumentalist revealed.

In addition to his live performances, Laviolette is also part of songwriting groups, so he pens a new tune every week. “So I have a lot of songs that are building up, or are recorded and done, but haven’t been released. So right now, I’m in the process of just creating, and stacking up the songs. I’m figuring out if I’m going to release an album soon, because there are a lot of songs that I probably won’t perform live,” he also shared. The musician added with a laugh that no matter where his performances and albums bring him, he hopes “my fans will go along for the ride!” 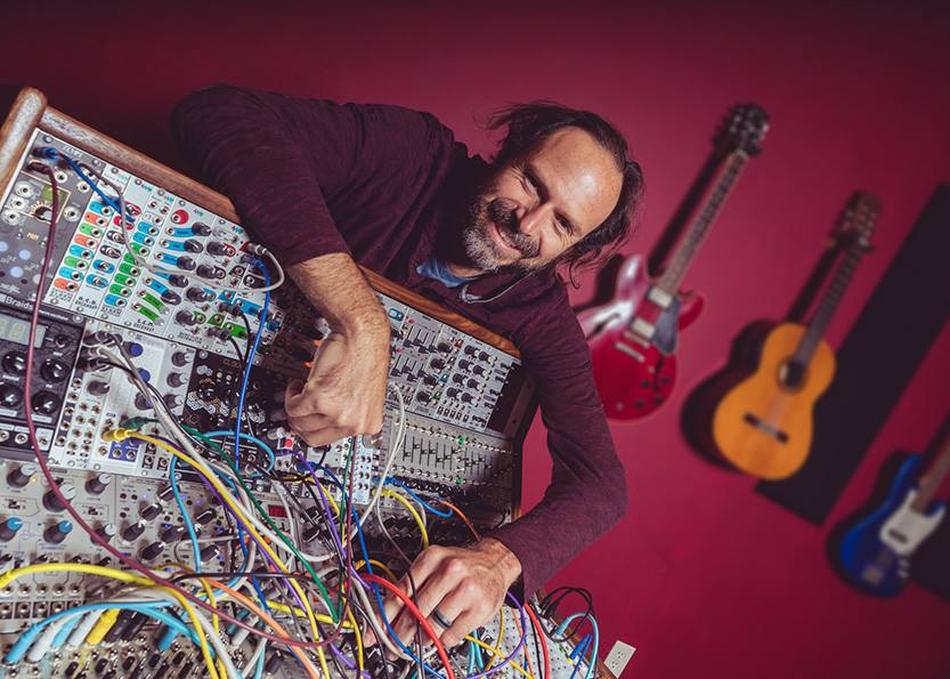