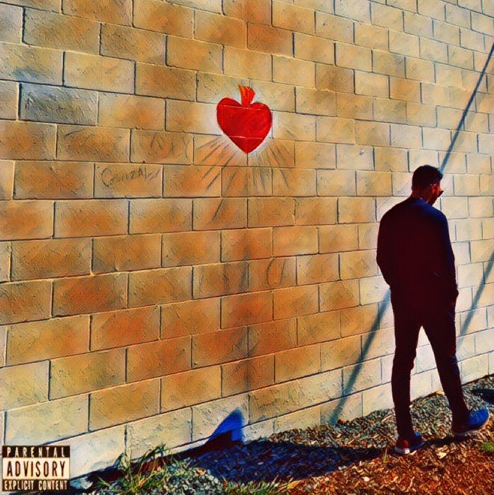 Creating lyrics that are equally meaningful and entertaining isn’t always an easy feat for musicians. But the Los Angeles-based hip-hop-dance duo, Young Goats, is effectively doing just that with its new album, ‘Goat Life Vol. 1.’ The rap-pop-inspired record enthrallingly highlights how the band’s members, singer-songwriters Samuel Weidler and Johnathan Johnson, are embracing the struggles and rewards in life.

The 15-track LP, which was released on June 14, blends together a range of newer and classic styles, as it mixes radio hip-hop and pop beats with a late night dance club vibe. Young Goats offers up a unique collection of songs that are inspired by a broad range of different eras and genres, from old-school, 1990s hip-hop to modern dance.

While Young Goats spent just two weeks on the production of ‘Goat Life,’ the group effortlessly and fully spins their own unique take on the hip-hop and dance genres on their latest album, while also drawing inspiration from such artists as Drake, Charlie Black, Big Sean and Wyclef Jean. The tunes on the record are driven by an alluring island theme that will surely make listeners feel as though they’re immersed in fun at a dance party on the beach. The carefree variety of beats, bass hooks, carefully layered vocals and articulate rapping alluringly showcase the duo’s sense of fun with their meaningful lyrics.

‘Goat Life’ begins with the island-flavored introductory entry, ‘Welcome to Goat Life.’ The exhilarating, exotic club rhythms encourage listeners to give life all they have, and live life right. The uptempo house beat also inspires its audience to dance through its energetic, pulsating swagger and confidence, as Weidler and Johnson inspire their fans to celebrate life.

‘Welcome to Goat Life’ than transitions into the sophomore track on Young Goats’ new LP, which is titled ‘Only Need You.’ The song picks up the pace on the album with a carefree ambiance, as the duo lively proclaim that they’ll do anything for the women in their life. The tune is driven by an intense pop-Southern California beat, which offers a more commercial vibe for dance radio than its predecessor.

Another notable entry on ‘Goat Life’ is its sixth entry, ‘Got It All,’ which is driven by a funky dance vibe that support the energetic, fun lyrics. The musicians maintain their classic rap and hip-hop swagger that serves as the perfect throwback to the genre in the ’90s. Weidler and Johnson note that the women they’re interested in have it all in life, and they want to be the men in the women’s lives.

As Young Goat’s new record begins to wind down, it maintains its flash and energy with its contemporary rap and hip-hop-inspired 13th song, ‘Dubai For the Weekend.’ The singers continue to flaunt their affluent lifestyle, like they did on ‘Got It All,’ as they once again proclaim that they want to show the women they’re interested in a good time, while also treating them right.

‘Goat Life’s penultimate track, ‘My Section,’ features more dance-pop excitement, while also continuing its predecessor’s sizzling feeling of funk and contemporary rap and hip-hop. The LP comes to a close with the EDM and dancehall-inspired NSFW entry, ‘Better Than Them.’ The tune reminds the woman it’s about that no one’s stopping her from chasing her dreams, as Weidler and Johnson question why she cares about the opinions of other people who want to tear them apart.

The versatile members of Young Goats have clearly carved out a place for themselves, and proves that their unique music speaks for itself though the wide variety of styles that are found on their latest release, ‘Goat Life Vol. 1.’ From dancehall to rap, hip-hop and pop elements, which are driven by traditional rhymes, Weidler and Johnson are strongly making their presence known. Songs such as ‘Got It All’ and ‘Dubai for the Weekend’ highlight the pulsating energy that Young Goats represent, as its singer-songwriters embrace both the struggles and rewards of life.