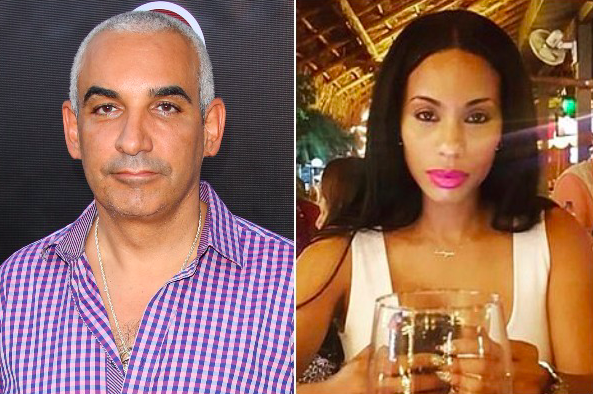 “Once you go Greek you don’t walk for a week” David and Chasity [Sic] Jones, occasional flame of R. Kelly

On Monday, Judge Ongkeko of L.A. Superior Court admonished Lisa Bloom for exaggerating her already extravagant hours that she was attempting to bill Alki David for in Chasity Jones v. Alki David. David’s legal team has begun the appeals process and is expected to turn over the decision. Blooms recent case against David, Elizabeth Taylor v. Alki David ended in a mistrial with 8-4 jurors siding with David.

Bloom has reportedly tried to get out of retrying the Taylor case because she doesn’t think she can win it–and tried to derail the process with Judge Liu by asking to terminate the mistrial earlier this week.

Taylor evaded subpoenas in the current case being tried by Allred Maroko & Goldberg–a dotted line partner of Bloom’s by blood–Lauren Reeves v. Alki David. Since the jury in her own case told the press they found she lacked credibility, experts watching the series of trials speculate Taylor is being kept out of view so she doesn’t get caught in more lies by David’s attorney Ellyn Garofolo.

In the end, Judge Ongkeko walked back the fees Bloom asked for to just under $1.4 million, but said again, that she had over staffed and over billed and shouldn’t try it again.

“If I were a Bloom client–one that was actually paying out of pocket instead of one of these sad ambulance chasing contingency cases–I’d be very careful to go over the firm’s bills before I paid anything,” said one Judge Ongkeko fan at the Mosko Courthouse.