Ethan Hawke is grappling to find his place in a world he doesn’t recognize in the upcoming drama, ‘Adopt a Highway.’ His anti-hero’s struggle to reintegrate into society after being released from prison is being highlighted in the film’s newly unveiled official trailer and poster. The assets are supported the movie’s distribution in theaters and On Demand and Digital on November 1 by RLJE Films.

In addition to Hawke, ‘Adopt a Highway’ also stars Elaine Hendrix, Diane Gaeta, Mo McRae, Chris Sullivan and Betty Gabriel. The drama was penned and helmed by ‘Upgrade‘ actor, Logan Marshall-Green, who made his feature film writing and directorial debuts on the project.

RLJE Films has released the following synopsis for ‘Adopt a Highway’:

Russ Millings (Hawke) has just been released from prison after serving 21 years for a third strike conviction for possessing an ounce of marijuana. As he tries to adapt to a world he doesn’t recognize, including trying to learn how to use the internet, he finds an abandoned baby in a dumpster behind the fast food restaurant where he works as a dishwasher. Unsure of what to do, and caught between impulses of kindness and panic, Russ soon realizes this could be his chance at redemption. 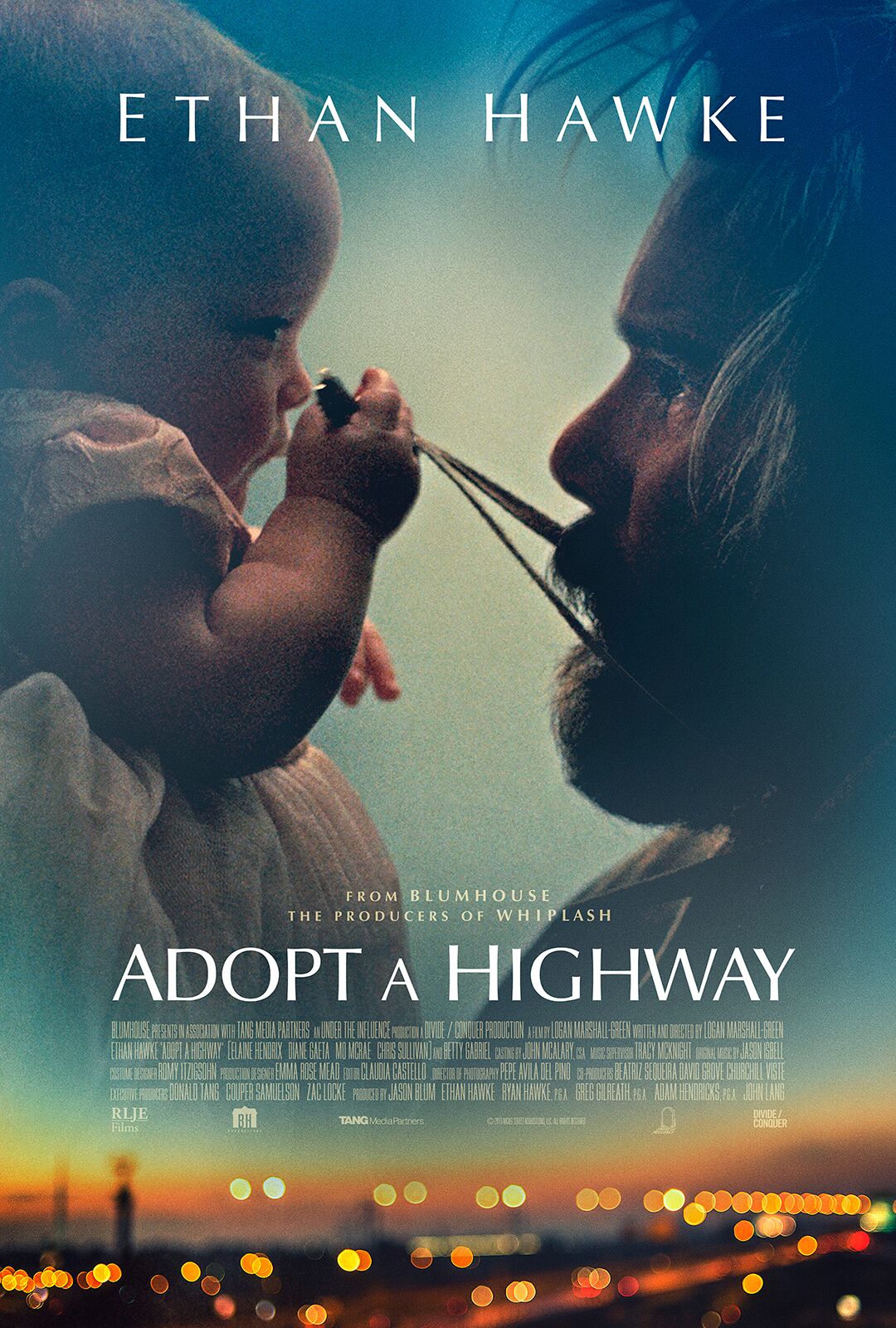