Citing the percentage contingency attorney’s get from settlements, Alki David talks to Fox 11 L.A. about the ongoing battle against a cluster of linked employment lawsuits

“I categorically refute all the allegations,” Alki David, the tech and entertainment mogul told Fox New’s Bob DeCastro. He was talking about the recent decision against him in Lauren Reeves v. Alki David which ended after three weeks in the L.A. Superior Court of Judge T.A. Greene. The Los Angeles Times had just come out with a story naming David as an unlikely ambassador for the wrongly accused targeted by exploitative attorney’s trying to make a buck off MeToo. Watch the Fox News segment here:

“Look, there are Mickey Mouse lawsuits from Mickey Mouse lawyers who are expecting to extract their 43% or whatever the legal limit on their contingency fee is,” David told Fox on the beach in Malibu. “They do this through lies and manipulating a broken system.”

That system, David told the L.A. Times and others, includes a loophole that allows MeToo accusers in unrelated cases to testify on on each other’s behalf–even though they stand to gain financially by having multiple MeToo cases hit at once. Lisa Bloom used this exact loophole in the recent case she tried Elizabeth Taylor v. Alki David. In that case, David represented himself, and it ended in a mistrial with 8 of the 12 jurors favoring David. (In a civil case like this, it takes only 9 jurors of 12 to make a decision.) Reeves, who is represented by Lisa Bloom’s mother, Gloria Allred, testified in the Taylor trial–despite the fact that her allegations were unrelated to Taylor’s and she never witnessed anything Taylor alleged. Bloom and Allred, who have both been under intense fire for revelations about their work on behalf of accused serial rapist Harvey Weinstein, have claimed they don’t share cases, refer each other clients, or consult in anyway on work–yet Allred Goldberg & Maroko lawyers attended every day of the Bloom’s Taylor trial, and it came out that Taylor had originally been rejected by Allred’s firm as a client for having an extraordinarily weak case. That didn’t stop Bloom from scooping her up when she was in need of what she thought would be some quick cash later that year.

David says he will fight the broken system. First by winning every case brought against him–one from earlier this year brought by ex-employee and sometime playmate of R. Kelly (according to an Instagram photo Fox showed on air) Chasity [sic] Jones–is already on appeal and David is expected to win. Second, David is introducing legislation both in Congress and in California State to try to fix the system so that people without his resources to fight back legally, can be protected from the deliberate reputation destruction that is the main tool of unscrupulous attorney’s like Bloom. 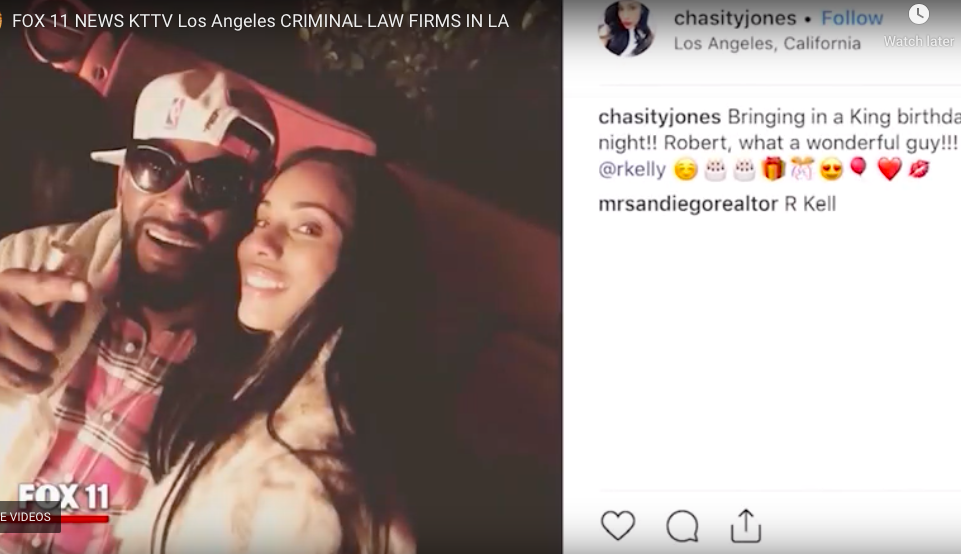 “She should be disbarred,” one very well respected attorney from a giant firm said after hearing what Bloom did the night before jury selection began for Taylor v. David. Bloom had tweeted three times, comparisons between David and dead pedophile Jeffrey Epstein. (She did this in between shameless publicity plugs for own TV appearances related to Epstein’s suicide). Judge Liu admonished her in court later that week and warned her there would be sanctions against her if she continued that unprofessional and unethical behavior.

The next accuser will be on the stand in L.A. Superior Court starting October 28th. This one features another ex-employee of Alki David’s who is known to have conspired with the other accusers after a sealed financial information was illegally leaked to them. “You’ll get money! And you won’t even have to go to court!” texts show members of the group told eachother, based on conversations with The Bloom Firm and Allred Goldberg & Maroko that promised they’d extract quick, easy, settlements from David. (The bad news keeps coming for Allred and Bloom. Allred’s junior partner Nathan Goldberg was slapped for over billing his own client in the Reeves case by a half million dollars by Judge Greene, and Bloom just last week was exposed in Ronan Farrow’s book Catch and Kill for lying to him about her work with Harvey Weinstein and then selling Farrow out to Weinstien to get the NBC story he was working on killed.)

“Look: I’m a very noisy and profane version of this argument–that MeToo has done great things but is also being abused as an excuse to destroy reputations by greedy lawyers,” Alki David told the Daily Mail last week. “ You can also read major stories among the elite intellectual left that say the same thing: Caitlin Flanagan in The Atlantic, Emily Yoffe in Reason, Daphne “Spanky” Merkin in the New York Times. They have their way of saying this has gone too far and is rotting the core of our society–and I have mine, which happens to involve some yelling, some swearing, and sometimes being frogmarched out of courtrooms by multiple sheriff’s deputies with guns.”

“It also happens to involve massive countersuits that are going to make Lisa Bloom and Gloria Allred and their collaborators in this conspiracy very very sorry,” David continued. “We will prevail. These fraudsters coming at me will never see a single cent. Fuck em. #SlaytheDragon.”