One of the most innate desires that most people have is to succeed in all their endeavors, with the help of their friends, no matter what obstacles they must overcome along the way. That’s certainly the case for real-life friends and actors, Kim Coates and William Fichtner, who portray two ordinary guys in a small town who embark on an extraordinary adventure, and risk everything for a stranger in need, in the new drama, ‘Cold Brook.’

Vertical Entertainment has released ‘Cold Brook’ in theaters, as well as On Demand and Digital HD. The movie marks the directorial debut of Fichtner, who also produced the film, and co-wrote the script with Cain DeVore.

‘Cold Brook’ follows Ted and Hilde (Fichtner and Coates), two best friends who are employed as maintenance workers at a small liberal arts college in Upstate New York. Ted and Hilde’s lives suddenly change one night while they’re closing the school’s museum, which is currently hosting an exhibit that’s devoted to The Bernadine, a ship that sunk in 1857. After the friends see a mysterious man still lingering in the museum, they believe he’s an intruder, and chase him out of the building. While the presumed criminal mysteriously disappears, the co-workers’ heroism is recorded on camera by several students, and the duo become local heroes.

While enjoying their minor fame, Ted and Hilde begin experiencing strange phenomena, including repeated sightings of the man they previously chased away. It turns out that what the duo saw is actually the ghost of Gil Le Deux (Harold Perrineau), whose wife died in the shipwreck. Gil’s agitated demeanor suggests that he won’t be at peace until he’s reunited with her. The maintenance workers also set out to help Gil retrieve a document that’s being shown in the exhibit, which is the a deed to land that he’s owed. After then being accused of a crime themselves, Ted and Hilde must now not only help Gil reclaim what he lost so long ago, but also prove their own innocence.

Coates generously took the time recently to talk about starring in ‘Cold Brook’ during an exclusive interview over the phone. Among other things, the actor discussed how he was instantly drawn to appear in the drama after he met Fichtner while they were shooting ‘Black Hawke Down,’ and the other performer soon expressed interest in writing a movie for him to act in. Coates also praised the work that Fichtner did as a writer, director, actor and producer on the film.

The conversation began with Coates explaining why he was interested in playing George Hildebrandt in ‘Cold Brook.’ The actor noted that he met Fichtner in 2001 on ‘Black Hawke Down.’ “We were both lead Delta guys on that incredible film, and we became best buddies. When we came back to L.A., Billy said, ‘I’m going to write a film for you to star in,’ and I said, ‘Do it,'” the actor shared.

“But these things take time. So 10 years go later, Billy and his other best friend, Cain DeVore, wrote this incredible script for ‘Cold Brook,’ with all the notes that people would normally give. We were then ready to cast it, but I was on ‘Sons of Anarchy,’ and I didn’t finish that show until 2014,” Coates, who also served as a producer on the feature, pointed out. He added that since ‘Cold Brook’ is a summer-driven movie, “it had to be filmed during the summer, which is when I was shooting ‘Sons.'”

So when the acclaimed FX series ended, “it was time to get real serious about funding (‘Cold Brook’). As one of the producers, I got the script to Sara Shaak and Shayne Puzlocher up in Canada. They loved the story so much that they found their investors up there,” the performer-producer revealed. “We found some more in Buffalo. Then sure enough, in 2017, we filmed it. We then had to edit it, and put it together.

“We then went to all of these film festivals last year. We won major awards at every festival. Now the movie’s ready to go, and the whole world needs to see it. It’s (now playing) in select theaters across America, as well as on Video On Demand everywhere, and we’re pretty excited,” Coates added.

Further speaking of Fichtner, and the fact that the movie marks his feature film directorial debut, Coates expanded on what his experience collaborating with the first-time helmer was like on the set. “It was so fun, when he was acting with me, which was at least three-quarters of the film, to tell him when he” didn’t do well, the actor admitted with a laugh. Coates would tell, and ask, his co-star, “‘Do that again! What were you trying to do there?'”

But the performer knew that his co-star “was going to be an amazing director. He went beyond that; he was so smart, kind and funny with everyone else on set, including our cast and incredible DP, (Director of Photography) Edd Lukas, and all of the producers. He was shooting in Buffalo and Courtland (New York), his hometown. So it was amazing working with him,” Coates further gushed about Fichtner.

“When you’re directing, producing, and starring in a movie, you don’t stop. Billy and I were getting our make-up on, and then all of a sudden, we were filming and then looking at playback, the actor disclosed. “Then we would stay up until 3 o’clock in the morning to go over the next day’s shooting schedule with Edd. But it doesn’t get any better than being with your best bud when you’re doing all of that.”

While Coates and Fichtner, as well as their respective characters, are close, the duo also formed a genuine connection with the supporting actors, after the the casting process was completed. After the two real-life friends decided to portray George and Ted, the next role they cast was Gil. “I knew Harold Perrineau before this film, as we starred together on ‘Sons of Anarchy;’ he had a pivotal guest-starring role on Season 5 of that show, as mobster Damon Pope. But shooting this film together was a much different thing…So to have Harold come on board, and trust Bill as a first-time director,” was an amazing experience for the cast.

“Do you know why people trusted Bill? Well, he’s super talented, and is a good guy. When I became involved with him, other people stared to get involved, including Brad Henke, Mary Lynn Rajskub and Robin Weigert. They not only wanted to work with us, but also on the script, because the story’s so different. It’s so full of love and friendship, and characters doing the right thing,” the actor explained. “There aren’t any other character-or scripts-doing that today. So this story needed to be told, and all these great character actors wanted to be involved in Billy’s first directorial effort. Everything worked out!”

‘Cold Brook’ really thrives on the authentic bonds between the characters, which were brought to the screen in part because of the actors’ genuine friendships inn real life. “The friendship between Ted and Hilde radiates throughout the whole film,” Coates noted. The characters’ connection “isn’t something that you can act; you either have it together, or you don’t. Since Bill and I have been friends in real life for 20 years, we didn’t have to act that-it was already ingrained.”

When the element of the men “being friends in the movie came into play, it was magical. Then the characters’ families became involved, so Bill took his time with Harrold, Mary Lynn and Brad. They had countless conversations on the phone” before shooting began on the drama, the performer revealed. “But there wasn’t a lot of time to rehearse. If the actors had major questions, they got them over with before filming began. They then came to the set, ready to go…We knew we had very little time to shoot this epic little movie. Before we knew it, we were doing take after take.”

After the shoot was over, the editing room “was a lot of fun for Bill and (editor) Kiran (Pallegadda) when they edited this movie,” Coates divulged. “They really enjoyed figuring out the pace of these guys doing the right thing, and where they wanted the story to go.”

Further speaking of doing the right thing, Ted and Hilde are torn between maintaining their heroism, and helping the intruder. “I would question anyone who’s in the same situation as these two friends. What should they do to help a stranger?,” the actor stated.

Since the drama wasn’t shot in order, as the filmmakers had to base the shooting schedule on the availabilities of the actors and locations, “Billy and I were constantly reminding everyone where we were in the story. Bill had such a great grasp and knowledge of that throughout the movie that we were were super prepared for all those questions of what Ted and Hilde should do in an unobvious way. But these two characters had to face difficult decisions,” Coates explained. “So audiences won’t know how ‘Cold Brook’s going to end. That’s why we’re so excited for the audience to see the whole thing.” 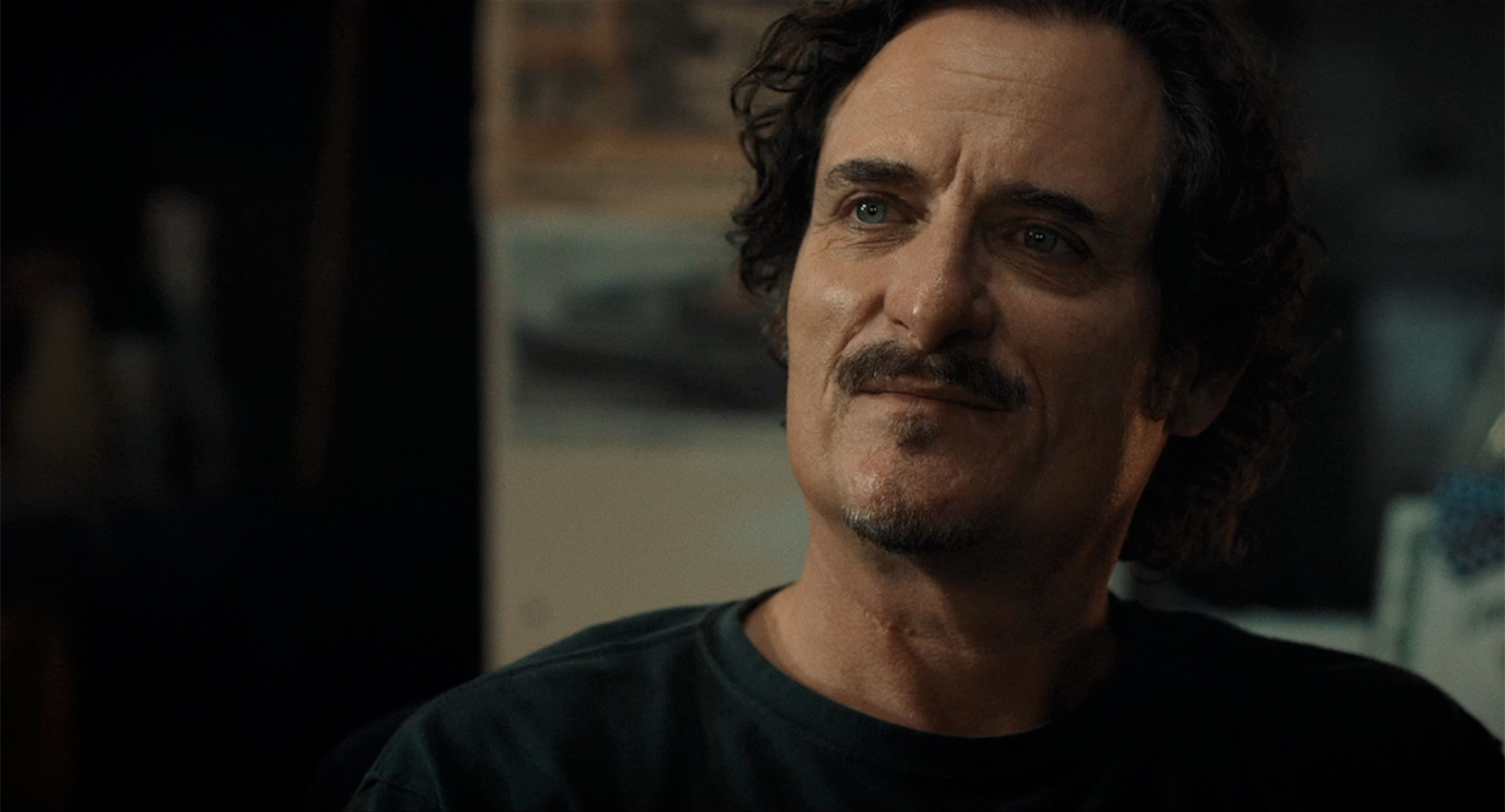