Enticing people with what they want is usually one of the easiest ways for everyone to obtain-or at least strive to achieve-their goals. Accomplished genre actress, Lin Shaye, is grippingly trying to use that belief in her latest quest to get what she believes she’s entitled to in two of her latest genre films, the mystery thriller, ‘Room for Rent,’ and horror movie, ‘Gothic Harvest.’

‘Room for Rent’ follows lonely widow Joyce (Shaye) as she rents out a room to make easy money. She meets mysterious drifter Bob and takes him in as a long-term tenant. She becomes obsessed with her much younger guest, making him the object of her deepest romantic fantasies. When a friend’s betrayal derails Joyce’s fantasy world, she seizes control of her own destiny with a deadly mission to finally get what she deserves.

The thriller is now available on VOD, courtesy of Uncork’d Entertainment. The film was written by Stuart Flack, and directed by Tommy Stovall, who also served as one of the producers. In addition to Shaye, ‘Room for Rent’ also stars Oliver Rayon, Valeska Miller, Ryan Ochoa and Linda Cushma.

‘Gothic Harvest’ follows four co-eds who head to New Orleans for Mardi Gras. When one of them disappears after connecting with a charming local, her friends race to find her before she falls victim to the aristocratic, wealthy France-born Boudine family, who moved to New Orleans in the mid-1800s to make their way in America.

Unbeknownst to the friends at first, the sadistic Southern family became plagued by a centuries-old voodoo curse when their beautiful youngest daughter cross paths with the fiancé of the legendary Queen of Louisiana Voodoo, Marie Laveau. As a result of the affair, the family’s daughter has a baby, and they try to keep it a secret. But Madame Laveau finds out anyway, and decides that the entire family deserves the focus of her most destructive curse.

Shaye generously took the time recently to talk about starring in both ‘Room for Rent‘ and ‘Gothic Harvest’ during an exclusive phone interview. Among other things, the iconic genre actress talked about how she cherished the opportunity to collaborate with both Stovall and Hamilton on developing her characters in their respective features.

The conversation began with Shaye explaining what drew her to play Joyce in ‘Room For Rent.’ “Well, I’ve known Tommy Stovall for quite awhile; I’ve done two other films with him. I did ‘Hate Crime’ with him several years ago, and it was quite successful,” the performer noted. “I think he just thought of me for this role of Joyce.”

After the duo finished working on ‘Hate Crime’ together, they then went on to shoot the 2011 adventure comedy-drama, ‘Sedona.’ Their second collaboration was filmed in the title city, which is where “Tommy and his partner live. So they’re not Hollywood guys at all; they’re wonderful, good people who are good storytellers. They’ve been able to finance their own work, which is an exceptional thing to be able to do,” Shaye revealed.

Since Stovall and Shaye initially worked together on ‘Hate Crime,’ the actress has “always thought that he’s a really interesting person. He’s a great listener and investigator, and he’s fearless about finding something that he’s interested in, and pushing forward with it.”

The performer added that she not only loves the character of Joyce, but also appreciated the fact that she had the opportunity to develop the anti-hero’s arc with the writer-director. “There was very little about the character in the script when we first started working together. So I came up with what I still think are some great character ideas about who she was.”

The actress also revealed that Stovall had sent her the script or ‘Room For Rent’ when she was working on another film, and “I didn’t like it, because I think it was very routine. The character, as written, was right away a psychopathic killer. So I thanked him and moved on.

“Then about a year or so later, he asked if he could send it to me again. I said, ‘Sure, I’ll take another look at it.’ When I read it again, I thought, there’s something here, but it’s not developed for me properly,” Shaye further admitted.

“So I talked to Tommy, and asked, ‘Instead of this woman being a psychopathic killer, what if she ends up doing bad things because of circumstances? Maybe she’s a woman whose husband kept her under wraps for many years,” the performer shared. “He kept her as his slave, in a loveless marriage, and there’s very little contact between them…She pretty much lived in the kitchen, and cooked his food and did his laundry.” Shaye added that when Joyce’s husband died, she’s “left without having any social skills, or tools to navigate life.

“That’s where I thought we should start, and we developed the beginning of the story from there,” the actress further revealed. “From there, we started to develop this strange story of this woman who doesn’t give up, but she hasn’t developed any skills, in regards to relationships or how to navigate the world.”

Shaye also ventured into why she was also driven to play Griselda in the ‘Gothic Harvest.’ The drama “came to me because of Chris Kobin, the film’s producer and writer, who I previously worked with on ‘2001 Maniacs’ some years ago. He’s also been a friend over the years.” Kobin penned the 2005 horror comedy, which the performer starred in.

“We talked a lot about the storyline, and I thought the character was really interesting. The idea of being trapped in this wheel of eternity” intrigued Shaye. “I always thought the storyline, which was fairly complex, especially with the curse and how it happened, and how they’re living this round robin life over and over again, was unique.”

While she admitted that the story that Kobin created for ‘Gothic Harvest’ was complex, the actress tried to make it simpler by repeatedly going over Griselda’s dialogue, so that she would understand it. “I think it worked, because people seem to understand it.

“I also think it’s a really interesting idea, and shows that Griselda is a woman of vitality. But she also has frustrations, and there’s no way out for her,” Shaye divulged. “Not being able to change your circumstances is a horrible thing to think about. We all thrive on being able to make things better for ourselves. When you can’t, that’s got to suck! Pardon my expression!,” she added with a laugh. “Poor Griselda is stuck.” 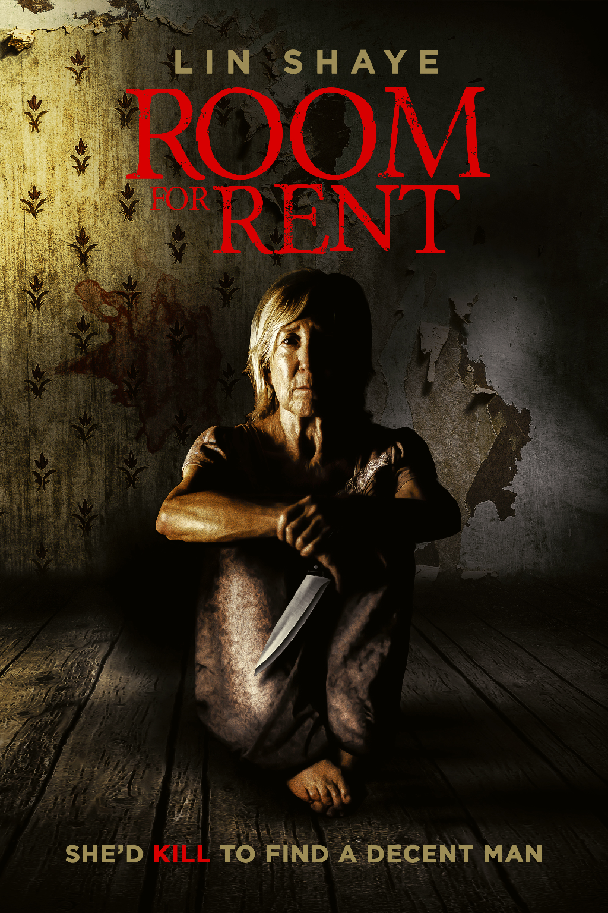