Martial Arts action star, Paul Mormando chased away his fears when he recently visited the set of the upcoming horror film, ‘Terrifier 2.’ The actor spent time with one of the drama’s producers, Phil Falcone, as well as its writer-director, Damien Leone, on location at Monsignor Farrell High School on Staten Island.

Mormando dropped by the ‘Terrifier 2’ set to help him prepare for his upcoming horror debut in the movie, ‘Mixxer.’ The performer received tips and advice about the genre while he was on the New York City-based set.

The new psychological thriller will reunite Mormando with his ‘Redemption On Gun Hill Road’ helmer, Christopher Picone, as well as his co-star, Thomas J. O’Brien, who will be the lead actor in ‘Mixxer.’ The crime drama will leave the audience guessing who’s to blame as the protagonist is forced to face his own demons. Accused of a crime, O’Brien’s character must find assistance in unexpected places to clear his name. ‘Mixxer,’ which was written by Caster Fagan, is set to shoot in New York and New Jersey.

‘Terrifier 2’ follows Art the Clown after he’s resurrected by a sinister entity. He returns to Miles County, where he must hunt down and destroy a teenage girl and her younger brother on Halloween night. 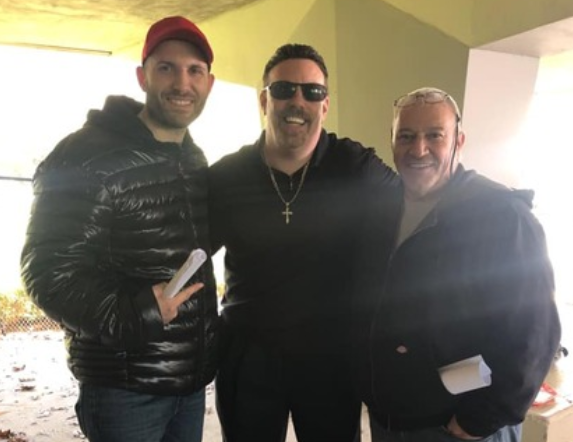