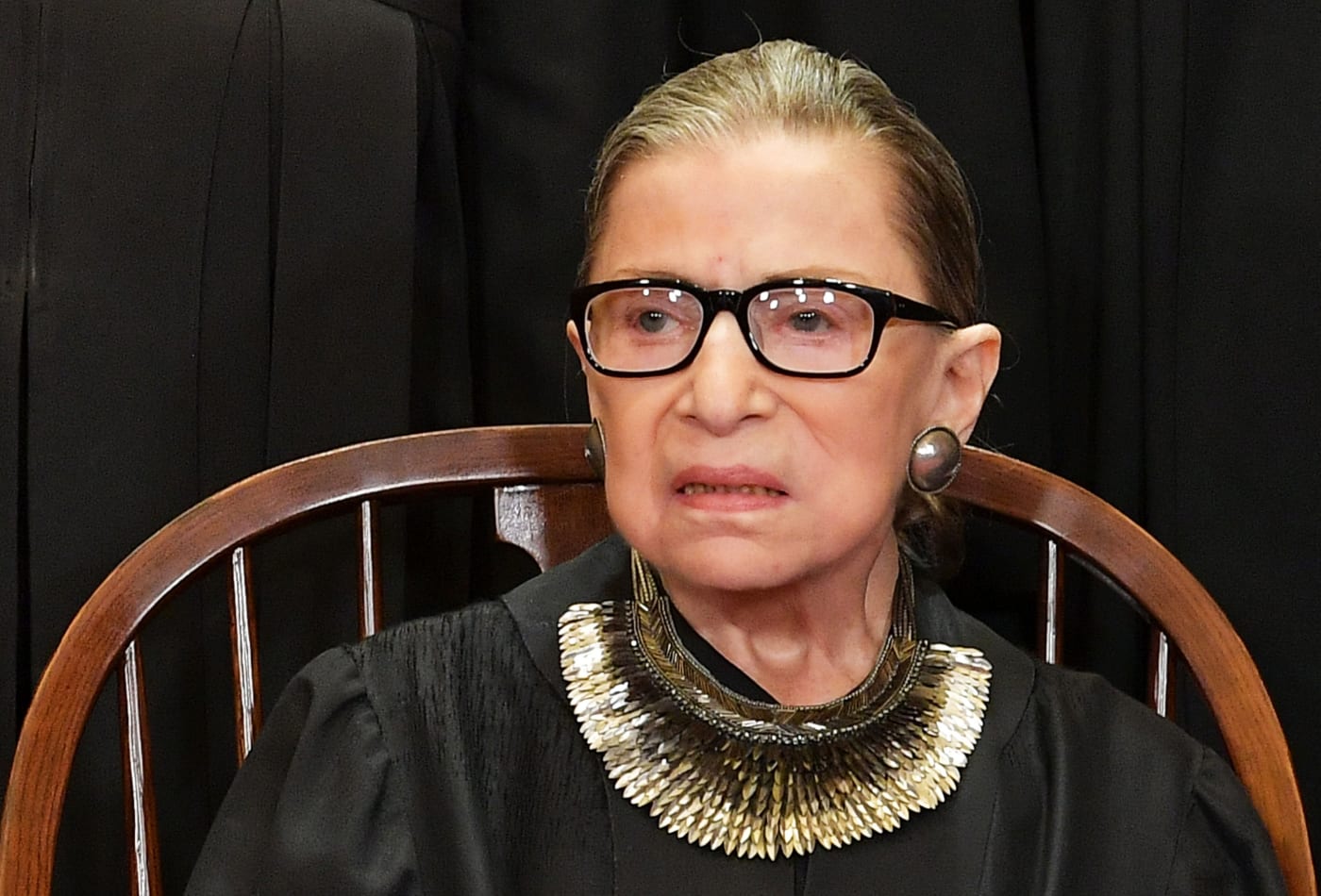 Supreme Court Justice Ruth Bader Ginsburg looks on in disgust at Gloria Allred’s justifications for protecting Harvey Weinstein while cashing in on silencing his accusers.

In her new book, the world’s favorite Supreme Court Justice says she thinks MeToo has killed Allred’s NDA cash crop The new book about Ruth Bader Ginsburg explores the Supreme Court justice’s thoughts on the #MeToo movement and her hope that non-disclosure agreements, which have come under fire in sexual misconduct cases, “will not be enforced by the courts.”

Justice Ginsburg singles out Gloria Allred of Allred Maroko & Goldberg as an example of NDA’s silencing women while profiting their attorneys. In particular, for he work silencing Harvey Wienstein’s alleged rape victims from a decade or so ago. Allred likely pocketed the max of 43% of the settlements in those cases–a pretty good pay day for not having to go to court.

The book points out how for Gretchen Carlson this culture of greed and secrecy has left her unable to take part in media coverage of her lawsuit against Fox News. She received a reported $20 million settlement in 2016 after claiming late Fox News chief Roger Ailes fired her after she rejected his sexual advances.

“It’s really through NDAs (non-disclosure agreements) and through other means of settling these kinds of cases of sexual harassment that we keep women silent,” Carlson told The Associated Press on Saturday.

Until that changes, she said, “we’re not going to eradicate this problem.”

Many have criticized Allred for this profiteering on women’s pain. She even took to the L.A. Times to try to explain herself. But her bank account doesn’t lie.

Allred is in a ton of other trouble. Just last week her firm was nailed for felony forgery and fraud in L.A. Superior Court in the case of Mahim Khan v. Alki David. In that case Allred’s partner Nathan “GoGo” Goldberg was caught actually forging the opposing attorney’s signature on witness lists and evidence lists. Clearly something that could get Allred and Goldberg disbarred. Read the complete filing against Allred here.

Allred’s daughter Lisa Bloom is of course at the center of most of the shocking dirty tricks Weinstein played on his accusers–and is being sued by Rose McGowan, according to The New York Times. Bloom not only lied and misrepresented herself to Ronan Farrow, in actions that got his story killed by NBC, she was involved in manipulating the media to make the accusers “look crazy.” She also called her own past MeToo clients crazy and greedy and liars.

But a huge new set of suits is coming down on Allred and on Bloom from Alki David, who has hired 3 top UK law firms to come after them with civil and criminal charges. The firms are 5RB, BCL Solicitors and Edwin Coe. His U.S. firm, Venable LLP, is still representing him as well. Read more about this legal action here. The Los Angeles Times recently published a fawning profile of David, and in a subsequent reader’s letter it published, asked if he might become the next Donald Trump.

Cancel reply
Enter the Cult-Tastic: Tales from the Trenches with Roger and Julie Corman with Signed Poster Giveaway
Thomas Jane and Luke Kleintank Pursue a Suspect in Crown Vic Exclusive Clip
To Top