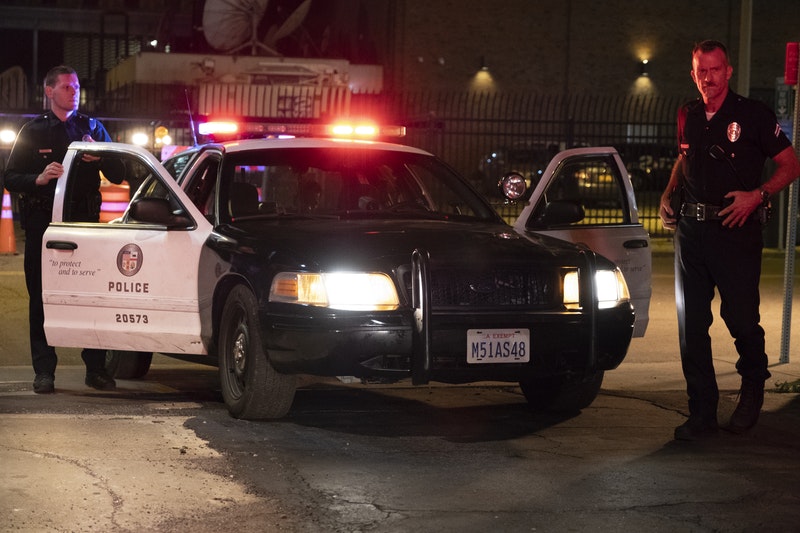 Thomas Jane and Luke Kleintank are pursuing L.A.P.D. killers who are on the loose, and may have thrown a brick at them, in the new crime drama, ‘Crown Vic.’ In honor of their characters, who are a veteran patrol officer and ambitious rookie officer, chasing the suspected criminals, ShockYa is posting an exclusive clip from the new film, which is titled ‘Brick.’

‘Crown Vic’ opens in New York today, November 8, and will open in additional cities and on demand November 15 from Screen Media. The action movie was written and directed by Joel Souza, who also produced the feature, alongside Alec Baldwin and Peter Toumbekis. In addition to Jane and Kleintank, the drama also stars David Krumholtz, Bridget Moynahan, Gregg Bello, Scottie Thompson and Josh Hopkins.

Screen Media has released the following synopsis for ‘Crown Vic’:

On one memorable night, veteran officer Ray Mandel (Jane) and his trainee, ambitious rookie cop Nick Holland (Kleintank), patrol the streets in the LAPD’s Olympic Division. With two cop killers on the loose and hunting for more targets, Mandel and Holland must contend with a city about to boil over, as well as Jack VanZandt (Hopkins), an unhinged rogue cop out for payback running wild in their patrol zone. As the night wears on, Mandel finds himself in a desperate race against the clock to find a missing girl as he and Holland prowl the dangerous streets of LA in their police car, protected by only a few thin sheets of metal and glass.