Movie audiences are invited to a warm and inviting family holiday gathering they’ll trulyactually want to visit again and again, with the release of the upcoming comedy drama, ‘Feast of the Seven Fishes.’ The feel-good film offers viewers inspiration that they can actually pursue their own personal and professional dreams, while still receiving love and support from their relatives.

That motivational message will be shared with audiences when the movie is distributed tomorrow in theaters in New York, Los Angeles and other select major U.S. cities, as well as on VOD and digital by Shout! Studio. In honor of ‘Feast of the Seven Fishes’ release, ShockYa is premiering an exclusive clip, which is titled ‘Art In The Shed.’

In ‘Art In The Shed,’ actor Skyler Gisondo’s protagonist, Tony Oliverio, takes actress Madison Iseman‘s character, Beth, into the title shed that his grandparents allow him to use for his artwork. She shares her enthusiasm for his work, and questions why he doesn’t pursue art as his career, instead of business, which he’s majoring in at school. Tony appreciates Beth’s support, but is left to ponder whether his previously unquestioned career path of working in his family’s store is the right one for him.

‘Art In The Shed’ was written and directed by Richard Tinnell, who adapted the script from his Eisner award-nominated graphic novel and Italian holiday cookbook of the same name In addition to Gisondo and Iseman, the comedy-drama also stars Josh Helman, Addison Timlin, Ray Abruzzo, and Lynn Cohen with Joe Pantoliano and Paul Ben-Victor.

Shout! Studio has released the following synopsis for ‘Feast of the Seven Fishes’:

Just days before Christmas, 1983, the Oliverio family readies their Feast of the Seven Fishes, an Italian tradition stretching back to the old country. Amidst the festivities, Tony Oliverio, a young man with big dreams and an even bigger heart, is yearning to find love. When he meets the gorgeous Ivy Leaguer Beth, romance blossoms, and it looks like Tony’s holiday might make a turn for the better! But their budding romance faces some serious obstacles, including his Great Grandma Nonnie (Cohen), who thinks Beth isn’t good enough for him, Tony’s determined and dramatic ex-girlfriend, and Beth’s ex-suitor, who’s out to steal back her heart! 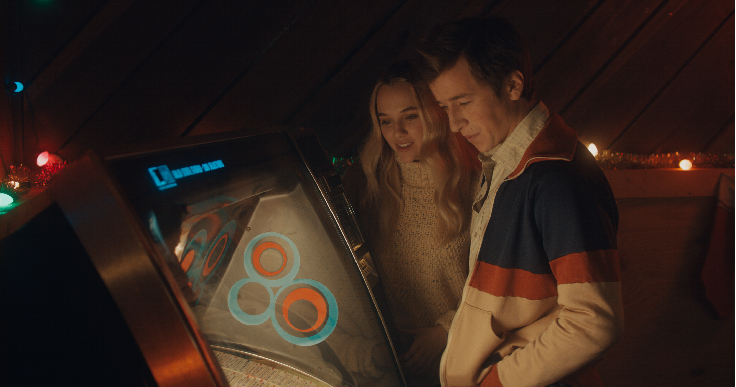 Title
'Feast Of The Seven Fishes' Clip: 'Art In The Shed'
Description

ShockYa is premiering an exclusive clip from writer-director Robert Tinnell's comedy-drama, 'Feast of the Seven Fishes,' which features Skyler Gisondo and Madison Iseman.