Sometimes the most tantalizing and seemingly unobtainable goals can ultimately change-and improve-people’s lives in ways they may have never expected. That’s certainly the case for the protagonists, as well as the cast and crew, of the new romantic thriller, ‘En Brazos de un Asesino (In the Arms of an Assassin).’

The Spanish language movie brings the anti-heroes that performers William Levy and Alicia Sanz play together on screen in a risky battle against a lethal drug cartel that thrives on ruling its community. The actor also embarked on the enticing and alluring journey of also co-writing the script for ‘En Brazos de un Asesino’ with his producing partner, Jeff Goldberg.

The drama, which was directed by Matias Moltrasio, is now playing, courtesy of Pantelion Films and Lionsgate. ‘En Brazos de un Asesino’ is based on the book, ‘Killing Sarai,’ by J.A. Redmerski.

‘En Brazos de un Asesino’ follows the dangerous exploits of Victor (Levy), as he contends with his dark secret of being a top assassin. Smooth talking and seductive, Victor was raised to do one thing only, which is to kill for money. When he is sent to the home of a brutal drug lord to collect payment for his most recent hit, he encounters the beautiful Sarai (Sanz), who has been forced to spend the last nine years of her life with the drug lord.

After Victor leaves the compound, Sarai seizes her chance at freedom by hiding out in his car. But things don’t go as planned, and instead of being transported back to her home, she finds herself free from one dangerous man, only to be caught in the clutches of another. While on the run from the vengeful drug lord and his brutal henchmen, Victor’s conscience catches up with him as he risks all that he stood for to protect his captive. In the end, the power Sarai unknowingly holds over Victor and their undeniable attraction may be what places her right in the arms of a killer.

Levy generously took the time recently to talk about starring in, co-writing and producing ‘En Brazos de un Asesino’ at New York City’s Whitby Hotel. Among other things, the filmmaker discussed how he felt he truly connected with his character of Victor by co-writing the screenplay and producing the movie. Levy also praised Moltrasio’s ability to amp up the intensity and creativity of the story on the set.

The conversation with Levy began with him explaining why he was drawn to work on the script with Goldberg. “I like the challenge. I like writing and producing,” the scribe divulged. “I love creating, and it doesn’t matter in what way. Coming from Cuba, which is a communist country that doesn’t let you create, and takes what you have, you obviously don’t want that in your life,” he affirmed.

“I wanted to take control of my life and career. So I started creating opportunities for not only myself, but also for others. This (film) is the first step towards that, and I’m really happy about it. But it’s a hard thing to write, act in and produce a movie,” the filmmaker admitted. “But I love it…I’m very pleased with the final results.”

After penning the screenplay, Levy then discussed the process of transitioning into portraying Victor. “When you play a character, it’s important to get to know him the best way you can, (including figuring out) where he comes from, what he does, how he thinks and fells, and what drives him,” the actor explained.

“Obviously, through the process of writing the script, I became this guy. That doesn’t mean that I went out and killed people for money!,” Levy asserted with a laugh. “But I knew this guy so well. I just couldn’t give him anything of my personality, at all; he wasn’t who I am. As an actor, you want to prove you can play different roles.”

As a co-writer and producer, as well as the lead actor, the filmmaker had to “get on the set and work non-stop. When everyone else was going home and resting, I was having meetings with the production, and see locations for the next day. If we lost one place, we’d have to find a new location,” Levy explained. “I then had to go to the hotel, and as the writer, re-write the scene to fit the new location.” He added that “It was a lot of work, but I enjoyed it. I’m happy that we got through it.”

Levy also mentioned that “We had a director-Matías Moltrasi-who never had the chance to direct a (feature film) before. But he’s so talented. He was on the set everyday, and he put his heart into the movie. I was blessed to have him, and everyone else, be a part of this project.”

Then further delving into his experience collaborating with Moltrasi on ‘En Brazos de un Asesino,’ the writer pointed out that ‘Killing Sarai’ is “very raw and rough; every scene is very hard-core.” Levy also sshared that “Matías is like that; he’s very creative. So we needed to have a balance, as the movie also calls for a sense of quiet; it’s rough and suspenseful, but quiet.”

The actor added that “every filmmaker, from directors to producers and actors, prefer to keep things suspenseful, while also being creative at the same time. They need everyone to keep things creative, which can add to the characters and overall project.”

The process of not only acting on the set of ‘En Brazos de un Asesino,’ but also producing through his production company, William Levy Entertainment, was a hectic, but overall rewarding and creative time for the filmmaker. “We weren’t making a $100 million movie, so our budget was very limited,” he admitted. “If you want to make something that’s very well done, and show that the production value is there on screen, you have to take care of every single thing,” the producer explained. “So it was a very hard process.

“We had to base everything on the locations. The actors could be thinking of doing one thing, and then the scene would change at the last minute. So we, as actors, would have to give them a new scene right before they got on set,” Levy shared. “But that’s our job as actors, too-we have to be prepared for things like that…It’s a process, but we had a good time.

“The great thing about having Matías as the director was that he was there all day, making sure things happened. So I was very blessed to have Matías, as well as the whole crew, there on the set,” the actor-producer further shared.

The production and release of ‘En Brazos de un Asesino’ is helping create more “opportunities for Latinos in this country. Even though this country opens arms for us, especially over the past couple of years, I’m still trying to create more opportunities for us,” Levy shared. “We’re the biggest minority in this country, but we have less jobs in movies and on TV, which I don’t think is right…I’ve learned from the best, so I want to offer that same opportunity” to other actors and filmmakers who are just starting out in their careers. “So hopefully I can keep producing and creating for us.”

Further speaking of creating more opportunities for Latinos in the American media, the producer enjoyed being part of the casting process for ‘En Brazos de un Asesino.’ He pointed out that the drama has so many people of different cultures within the Latino community, including “Argentinians, Mexicans, Dominicans and (Spanish from) Spain. It makes me proud that we went out and brought in people from many (Latino) countries. It’s a truly international cast and crew, which is what we wanted. So we were all on the same page, and we all understand what we all wanted for the movie,” Levy shared. “It’s so beautiful, because you feel like you’re a part of something that’s so much bigger than just one country.” 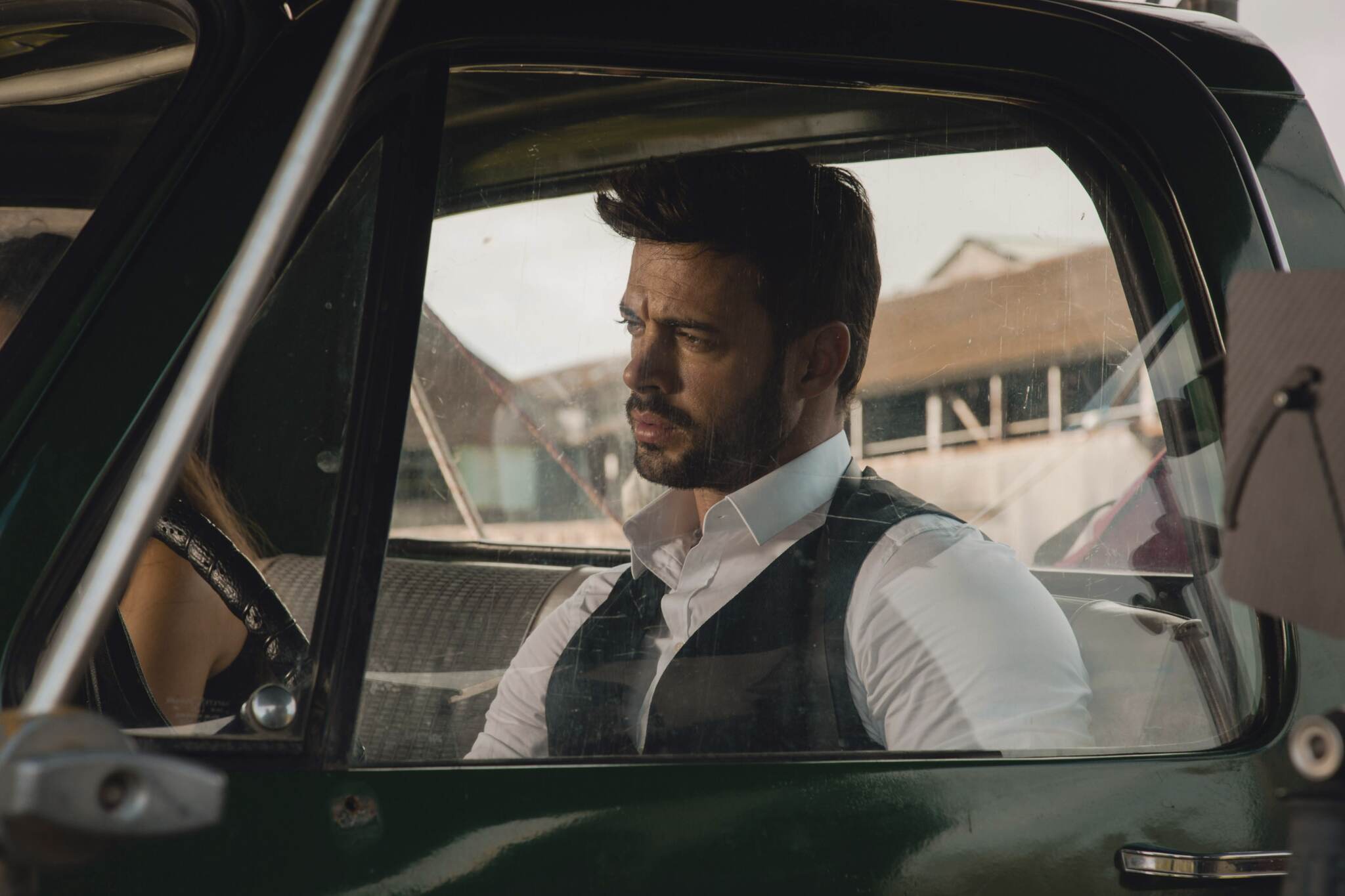