Embracing their independence, outside the confines of the limitations their families and society places on them, is vital for anyone with disabilities. The courageous protagonists in the upcoming film, ‘Come As You Are,’ are doing just that, with the help of a traveling nurse, who’s played by Gabourey Sidibe. Their emotional, and physical, journey is showcased in the recently released debut trailer for the comedy-drama.

‘Come As You Are’ was directed by Richard Wong, and written by Erik Linthorst. In addition to the Academy Award-nominated Sidibe, the movie also stars Grant Rosenmeyer, Ravi Patel and Hayden Szeto as the three young men who embark on the journey, as well as Delaney Feener, Asta Philpot, C.S. Lee and Janeane Garofalo.

The feature had its world premiere at this spring’s SXSW. Samuel Goldwyn Films will distribute ‘Come As You Are’ in theaters and on VOD on February 14, 2020.

Samuel Goldwyn Films has released the following synopsis for ‘Come As You Are,’ which is a remake of the award winning, critically acclaimed 2011 Belgian film, ‘Hasta la Vista’:

Three young men with disabilities (Rosenmeyer, Szeto and Patel) flee their overbearing parents on a road trip to a brothel in Montreal catering to people with special needs. Sam (Sidibe), a traveling nurse, drives the three guys across the border as they go on this trip to lose their virginity and embrace their independence. 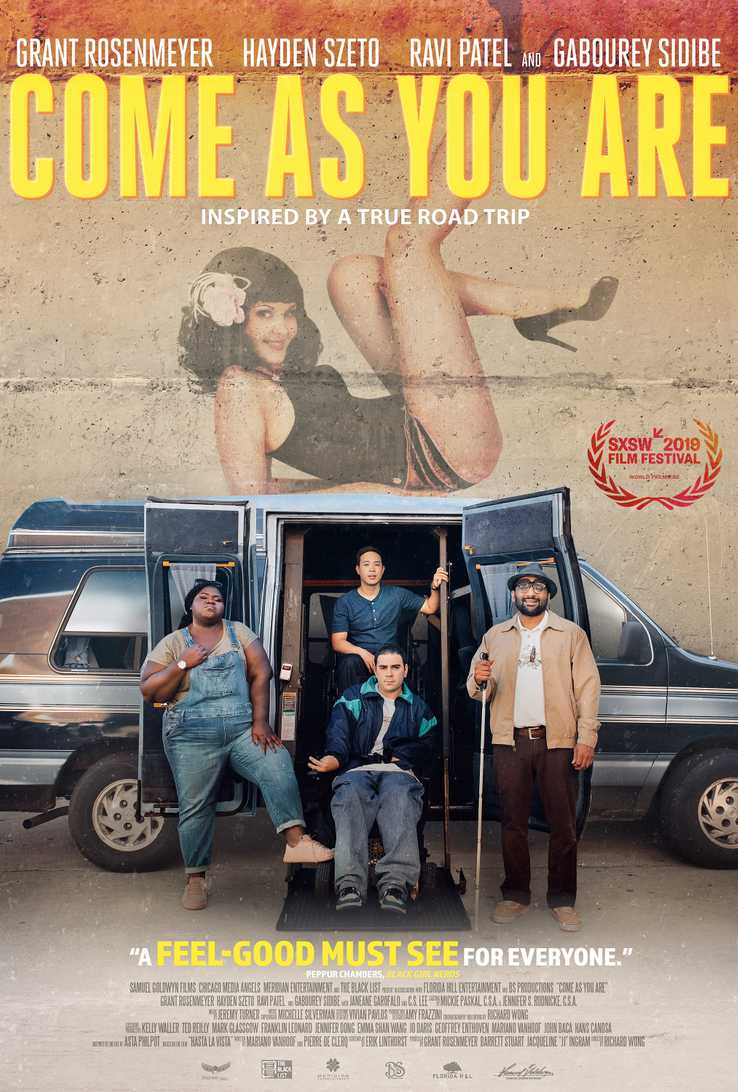 Title
'Come As You Are' Official Trailer
Description

Samuel Goldwyn Films has released the debut trailer for director Richard Wong's comedy-drama, 'Come As You Are,' which stars Gabourey Sidibe.