Sometimes the most terrifying crimes aren’t the ones that initially land people in the morgue, but the atrocities that occur in the exam room after they arrive. That’s certainly the case for actor Daniel de Oliveira’s protagonist of Stênio in the new horror movie, ‘The Nightshifter.’

Stênio’s frightening journey of contending with the secrets that the corpses in his exam room in the city morgue will be unveiled when the mystery thriller is released on January 7, 2020 on DVD for an SRP of $27.97. RLJE Films, a business unit of AMC Networks, picked up select distribution rights to ‘The Nightshifter’ from Shudder, AMC Networks’ streaming service for horror, thriller and the supernatural.

In honor of ‘The Nightshifter’s disc release, ShockYa is offering three lucky winners a DVD of the drama. To enter, email us at ShockyaGiveaway@aol.com. Let us know that you’re entering to win the ‘The Nightshifter DVD giveaway in the email’s subject line and message. You have until next Tuesday, January 7, the day of the movie’s DVD release, to enter, and you can enter the contest once daily. On January 7, we’ll pick the winners at random, and notify them through email. Good luck!

‘The Nightshifter’ was written by Dennison Ramalho and Cláudia Jouvin, the former of whom also directed the thriller. The film stars Daniel de Oliveira, Fabiula Nascimento, Bianca Comparato and Marco Ricca.

The following synopsis for ‘The Nightshifter’ has been released by RLJE Films and Shudder:

Stênio (Oliveira) works the graveyard shift in the morgue of a vast, violent city. Each night he prepares the lifeless corpses for examination, but he’s never alone, as Stênio can talk to the dead…and they talk back. But when the whispers of the dead reveal secrets of his own life, Stênio unleashes a curse that brings forth unimaginable danger and darkness. 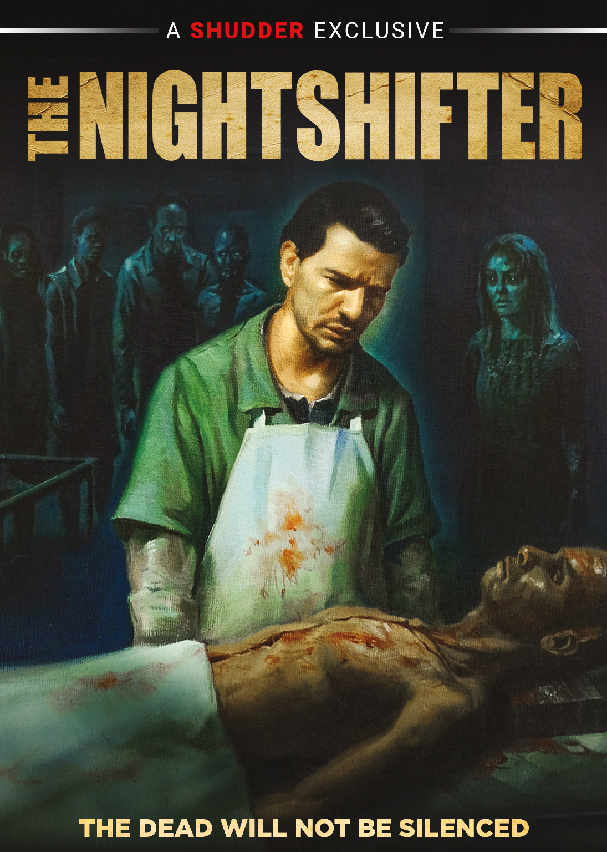